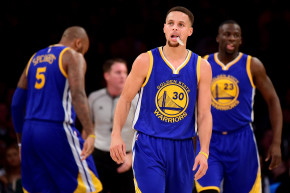 By The Numbers: The Golden State Warriors Really Are That Great
By Joe Lemire

By The Numbers: The Golden State Warriors Really Are That Great 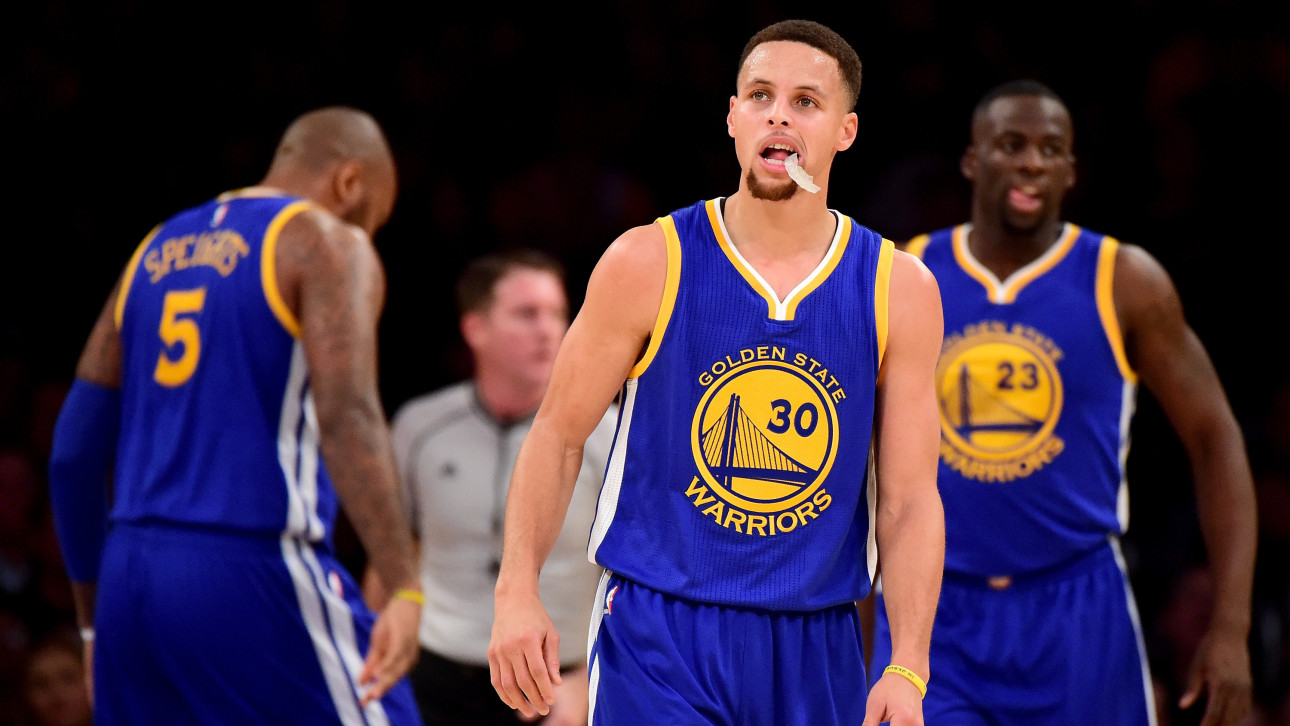 You probably already know this, but the Golden State Warriors are breaking the sport of basketball.

Not only is their 55-5 record a win better than the 1995-96 Bulls’ record pace through 60 games, but the way the Warriors are winning borders on revolutionary.

It starts with Stephen Curry, whose historic season will inevitably result in his second straight league MVP trophy and who’s averaging a league-leading 30.7 points and 5.1 three-pointers per game. Portland Trailblazers guard C.J. McCollum recently summed it up, saying Curry “is looking to historically shatter every record in his path.”

Curry’s teammates Klay Thompson, Draymond Green, Harrison Barnes, and Andre Iguodala are all having superlative seasons in their own rights, but today, we’re talking about the team’s achievements through their first 60 games.

Hereafter are all of the stat categories in which the Warriors rank first in the NBA. Often, they’re historically good.

Prior to this season, only one NBA team—the 2014-2015 Rockets—had ever averaged as many as 11 three-pointers per game (11.4), yet the Warriors could wind up eclipsing 13 threes per game.

The Warriors score in such a hurry that, despite their prodigious offensive output, they have possessed the ball less than any other NBA team.

Golden State’s speedy pace of play can be attributed to their reluctance to put the ball on the court. The Warriors’ average only 1.76 dribbles per touch, which is also the fewest in the league. The only team in their zip code when it comes to this stat? The Knicks, who average 1.77 dribbles per touch. (Although it’s worth noting that the Knicks score 16.6 fewer points per game and have won 30 fewer games.)

The Warriors are tied with the Magic for the league’s quickest pace: their players move at a speed of 4.71 miles per hour when they are on offense.

Golden State scores so much and so often without holding the ball or dribbling because of their selfless passing. With 29.1 assists per game, they’ve got 3.6 more than any other team and the most by anyone since the 1991-1992 Indiana Pacers. Lest you think the Warriors ever waste a pass, they also lead the NBA in assist-to-pass percentage, with assists accounting for 8.9 percent of all passes .

The Warriors so thoroughly control play that they have the NBA’s slowest defensive pace. Don’t be fooled into thinking Golden State’s defense is poor because it allows 104.1 points per game, which is ninth-worst. That stat is horribly misleading because the team’s fast pace of play gives opponents a larger number of possessions. The Warriors’ defensive efficiency—which effectively measures points per possession—is fifth-best.

The Warriors have the NBA’s best three-point conversion rate and are on pace to become only the 10th team in history to collectively shoot better than 40 percent. Only one club—the 1996-97 Charlotte Hornets—have a better percentage in history at 42.8 percent, although the Warriors have already made 180 more three-pointers through 60 games than that year’s Hornets squad made in 82 games. (That Hornets team featured Glen Rice, Tony Delk… and Dell Curry, Stephen Curry’s father.)

Stats are compiled from NBA.com, Basketball-Reference.com, and STATS, LLC.