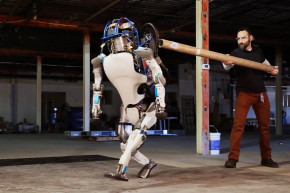 Watch A Robot Get Hilariously Bullied At Work
By Jennings Brown

Watch A Robot Get Hilariously Bullied At Work 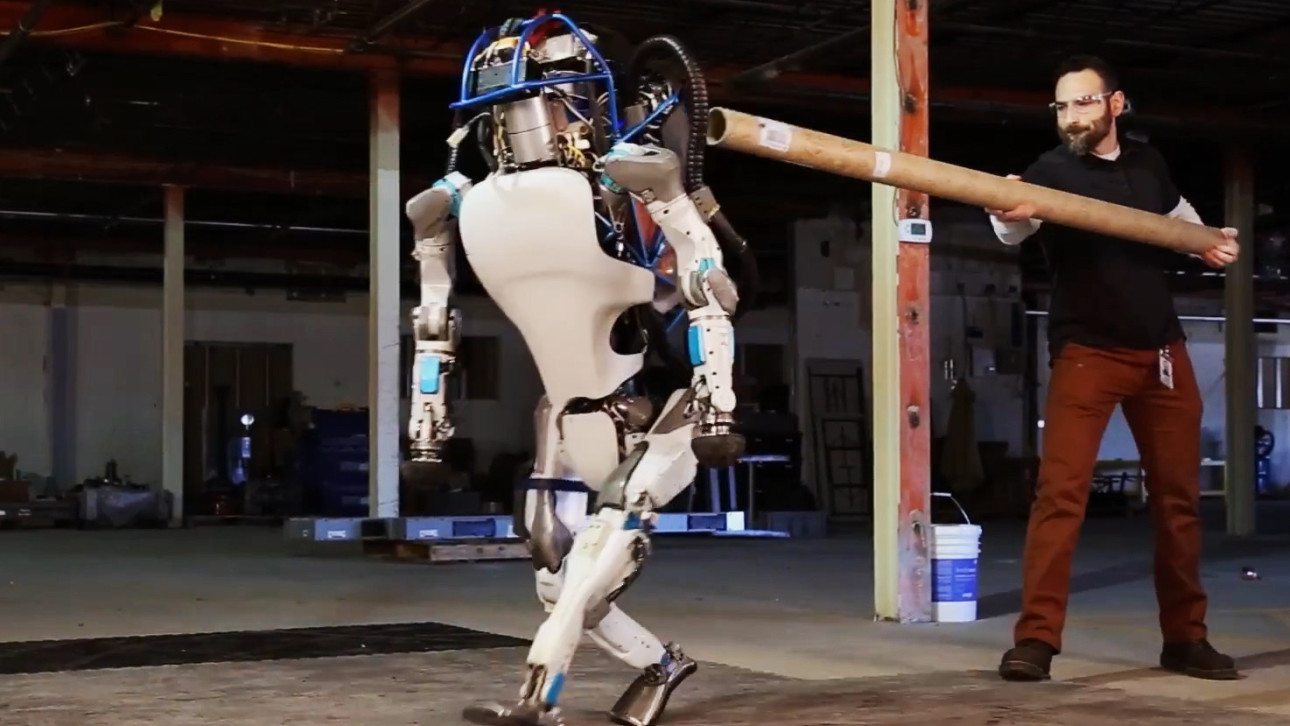 When Boston Dynamics showed off their new bipedal Atlas robot, the Alphabet-owned company hoped to impress the world with the humanoid’s nimble balance. The video depicted a 5-foot-9, 180-pound android trudging through the woods, opening a door and lifting boxes, but what was even more impressive was the utter dickishness of the men bullying the poor guy.

Boston Dynamics finds the most Boston way possible to test out the balance of its new bot https://t.co/Opjhc79OQN pic.twitter.com/pIp6RtAvjT

Thanks to those school yard bullies at Boston Dynamics, the end of humanity is nigh. #Skynet #ArtificialIntelligence pic.twitter.com/ywX8RNRuLK

Boston Dynamics build these amazing robots and are then just dicks to them. I think we know why the machines will rise.

Finally, a champion of the robot uprising has given a voice to the vicitmized machine. A Chicago photographer who goes by Mr. King edited Boston Dynamics’ original video to show Atlas mouthing off to its super-rude colleagues. “The swearing, hangdog robot that gets abused at work was the first thing I thought of when I saw the original Atlas video. The poor guy’s just trying to move some boxes around!” King told Vocativ.

In the last week, King has made a couple other videos out of the same Boston Robotics footage in which he attempted to channel Vine political satirist Vic Berger. “I’m a big fan of Vic Berger,” King said, “His use of the comedic zoom effect is certainly an inspiration.”

King’s zoom at the 37-seconds mark—when the robot has his one victory of the day and shouts “I am the universe!”—is masterful. In that moment, we are all Atlas.