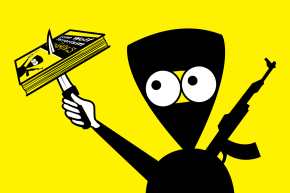 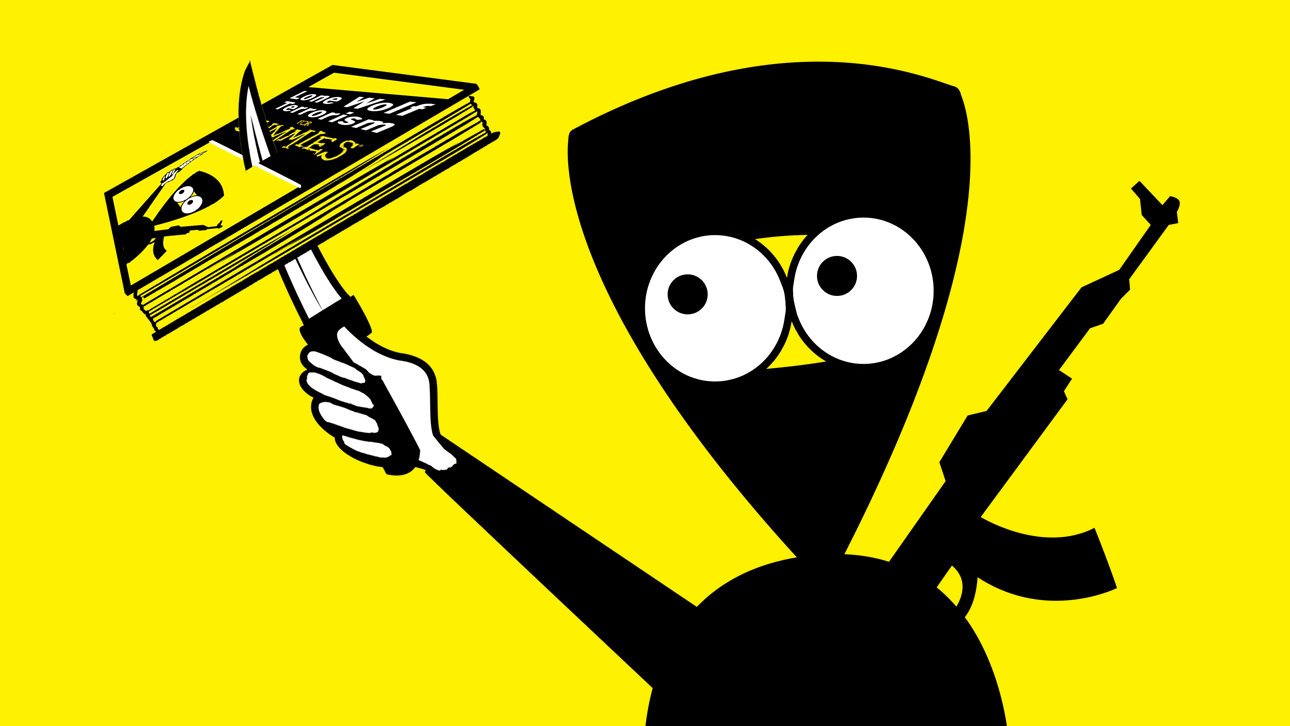 The sadistic manual moves beyond bomb-making tips and calls for indiscriminate violence. To do the Islamic State’s bidding requires a radical regimen of religious indoctrination, weapons mastery and other militant tactics. And this one book lays it all out, step-by-step, in a fashion that calls to mind the popular For Dummies self-help franchise.

Vocativ analysts discovered the untitled tome on a Telegram channel dedicated to lone wolf terrorism in general. A published synopsis that accompanied the guide spells out its target audience.

“For every Muslim believer whose religion and holy places are being attacked, who see the killing, burning, displacing, terrorizing, capturing and torturing of Muslims, and whose heart wanted to revolt and take revenge but couldn’t find a way,” the synopsis says in Arabic. “For all those who wanted to join and make jihad for the sake of Allah. For those who want to be ruled by Sharia law and not live under the decay of democracy and the other laws created by man. For all those who love and support the Islamic State and see the ruthless Crusader campaign against it.”

A link from the post takes users to the material, a 1.6 gigabyte file that can then be downloaded as an interactive e-book. For easy reading and reference, the e-book is organized into thematic sections. It begins with a review of Islamic fundamentals as interpreted through ISIS’ radical lens, including discourses on Sharia law and jihad. After learning how to properly pledge allegiance to the Islamic State, readers receive a detailed rationale for why the terror group kills “infidels” and wages war against the West.

Those itching to learn how to fashion makeshift explosives or operate anti-aircraft missiles are also in luck. Sections of the guidebook give crash courses in basic chemistry, bomb building and the use of heavy artillery. One illustrated example includes a device similar to the one purportedly used by ISIS to down a Russian commercial airliner in Egypt last October, killing 224 passengers.

There are even step-by-step instructions within the material on what a lone wolf should do in the event that he or she is detained and interrogated by police (spoiler alert: don’t snitch).

An image of the latest ISIS-inspired lone wolf guide.

ISIS adherents have long been avid proponents of lone wolf terrorism, and that’s only intensified in the aftermath of the attacks in Paris and San Bernardino, California, for which the militant group claimed credit. Through pockets of the dark net, social media and messaging apps, ISIS has weaned a generation of young jihadists on a diet of stomach-churning propaganda. Time after time, its militants have then called on those who are unable to join its jihad in Syria and Iraq to wage war at home.

Those efforts have hit some snags. In recent months, prominent social media companies, including Twitter and Facebook, intensified their efforts to crack down on terror-related material online. One recent study showed that repeated suspensions of English-speaking ISIS sympathizers on Twitter had effectively curbed their expansion on the social network and crippled the ability of some of the group’s most active supporters to spread their extremist message.

ISIS continues to find new ways to target and recruit would-be terrorists online. Telegram, a lesser-known social messaging app, has been an especially rich platform. In the past, supporters have offered tutorials on manufacturing weapons and how to launch cyber attacks. And they’ve made repeated calls for targeted killings, including Facebook’s Mark Zuckerberg and Twitter’s Jack Dorsey. The lone wolf channel containing the ISIS guidebook has more than 1,100 members.

“There appears to be a permanent migration to Telegram seeing as there has been limited pushback from the company,” said Nicholas Glavin, a researcher on terrorism and social media at the U.S. Naval War College. But, he said, if Telegram changes its policies, “There’s no reason to believe Telegram is the final destination for ISIS sympathizers.”