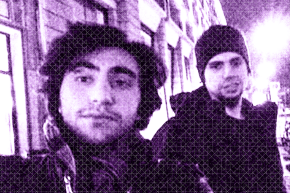 Two Syrian refugees shred Guns N' Roses songs, tutor math and physics, and are offering to help anyone who asks—just to make friends 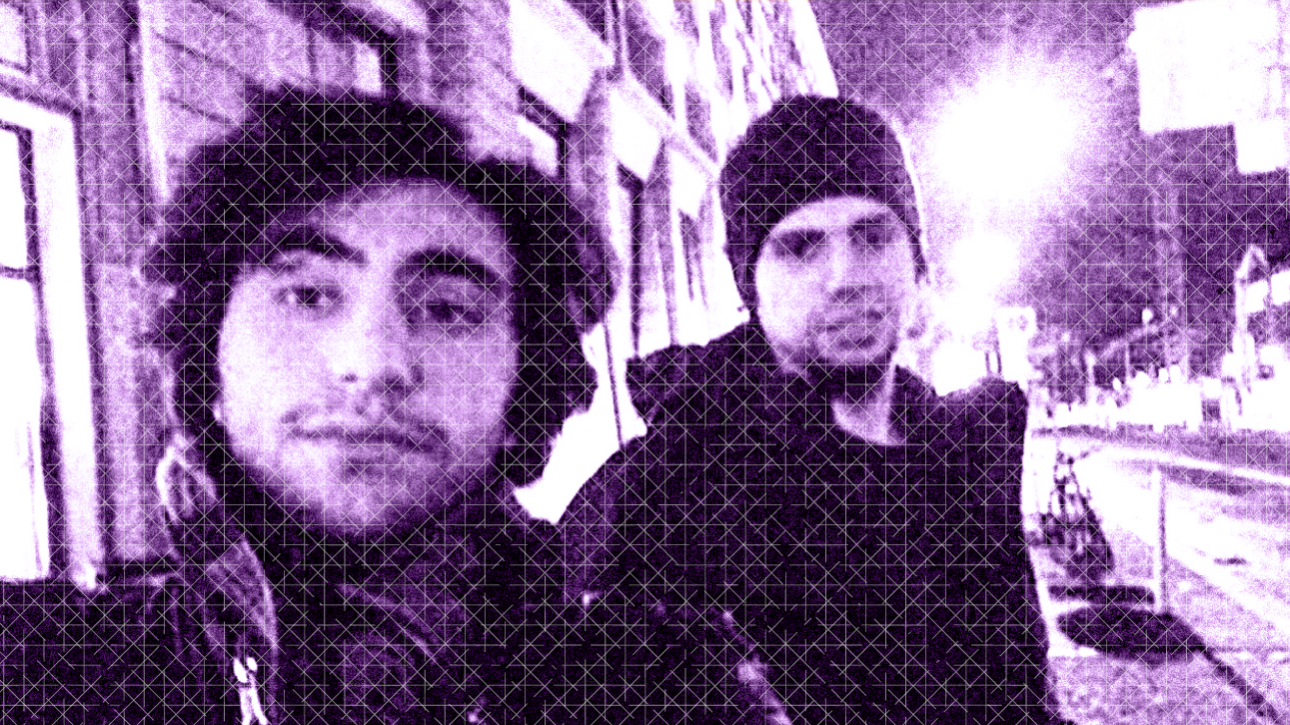 Samir al-Hajjar and Nafee Kurdi, two Syrian refugees, never thought they’d be this busy in Berlin. In the last few days, they have repaired light fixtures, tutored a high school student in mathematics, and dabbled in plumbing. Al-Hajjar and Kurdi, both 20 years old, have even taught guitar lessons and a little Arabic to some Germans in their newly adopted city.

The math and metal-loving best friends from Damascus fled their country’s civil war last fall. They’re not hustling odd jobs to earn a quick buck. Instead, they are offering to paint houses, move furniture, or just share a beer with anyone, anywhere in Berlin, free of charge.

“We just wanted to take part in this city,” al-Hajjar said in an interview with Vocativ. “We’re so grateful to be here.”

What began as a fight against boredom while waiting for their asylum applications to be approved rapidly evolved into a spirited social experiment. Last week, on a whim, al-Hajjar posted a solicitation to Free Your Stuff Berlin, a Facebook group with nearly 65,000 members. Identifying himself and Kurdi as Syrian refugees, he said: “Because our papers will take a lot of time and they won’t let us work, we have a lot of free time… We are really ready to volunteer our time to give something back to this beautiful city that gave us another sunshiny day of safe[ty] and freedom.”

“So if you’re looking for any kind of help…we’ll surely be there,” al-Hajjar’s post continued.

More than 400 people messaged al-Hajjar and Kurdi within the first few days, they said. Dozens more continue to send Facebook friend requests seeking to connect with them. Many asked to take them up on their open-ended offer. But just as many asked if they could meet to show the refugees their city.

“Some Berliners wanted our help and others wanted to help us,” said Kurdi. “People started asking us to dinner, to parties or out to the bars. We were kind of surprised.”

More After The Journey: A Syrian Refugee’s Struggle To Build A New Life

On Wednesday night, he and al-Hajjar joined a supper club that meets regularly. There they sampled schnitzel and potato salad for the first time in their lives. The verdict? “Awesome,” said al-Hajjar.

Between language lessons and clearing basements, other unexpected adventures have occurred. A recent outing with a musician ended with al-Hajjar and Kurdi at a rave in the middle of a forest. An invite to help a couple repair a light fixture at their home turned into a late-night jam session where the Syrian refugees strummed renditions of Led Zeppelin’s “Stairway to Heaven” and “Sweet Home Alabama” by Lynyrd Skynyrd.

Al-Hajjar and Kurdi said used to play Metallica and Guns N’ Roses covers in high school where they met and became best friends. Later, the they both enrolled at the University of Damascus to study engineering.

Syria’s escalating civil war, however, would cut their studies short. As fighting continued to grip the country, they no longer felt safe. Kurdi said their school had been struck by rocket fire several times. They were also young enough to risk being drafted into the Syrian government’s war against its people.

“The situation is bad and it’s only getting worse,” al-Hajjar said. “We were like, ‘That’s it.'”

The duo left Damascus in early October, taking a well-worn migrant path known as the Balkan route. They arrived in Germany nine days later. They have stuck together ever since, moving from a refugee camp in an old stadium in Berlin to a furnished room provided by the government that they share with a couple of other people.

Once their asylum applications are approved, both said they want to continue studying engineering in Germany. In the meantime, their schedule is filling up fast.

Over the next few days, they’ve committed to working on someone’s roof, helping an elderly woman with her garden and meeting new acquaintances for drinks and jam sessions, said al-Hajjar, adding that someone also contacted him and asked him out on a date.