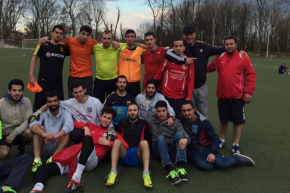 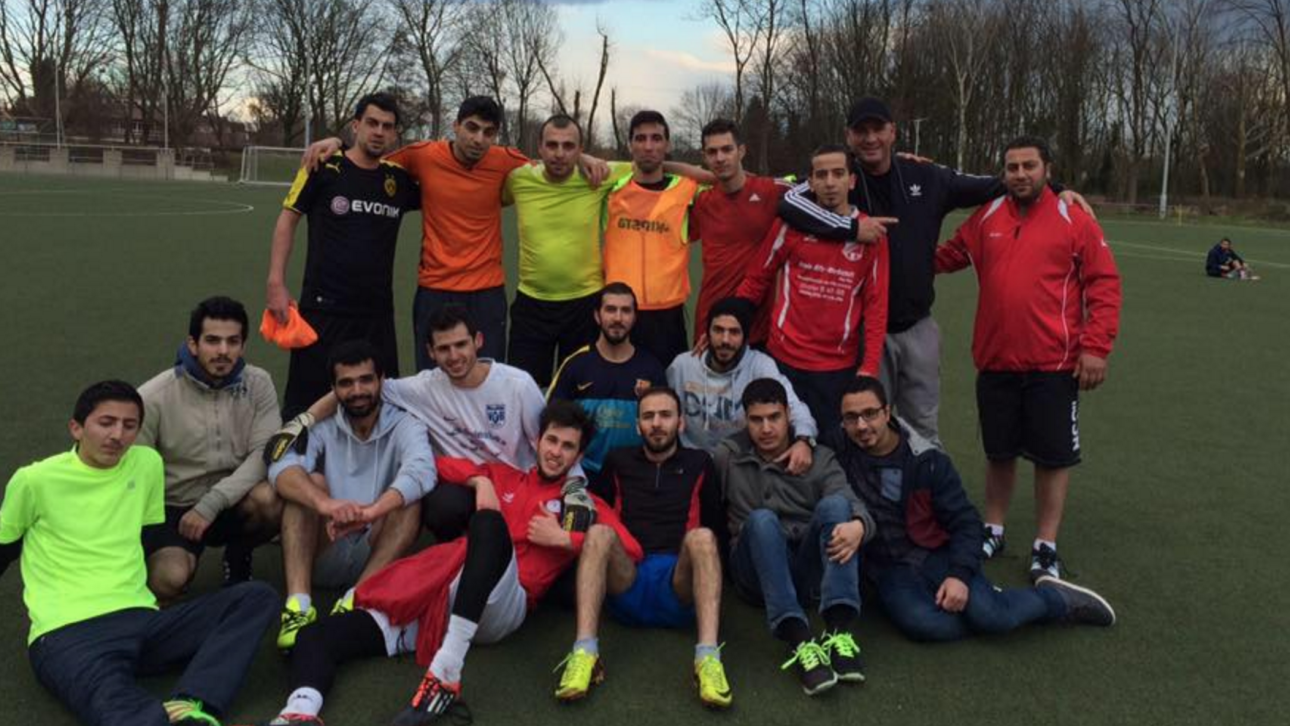 Bonding over a love of the beautiful game and the shared trauma of experiencing war, a group of young men who escaped violence and hardship in Syria and Lebanon have founded a soccer team in their new home in Germany.

The team based in Essen, Germany, was formed a few months ago by 32-year-old Ahmad Omar Masri from Hama, a city in west-central Syria. The team has dozens of members and they are quickly recruiting more participants, with an average of five new players added to the roster each week, Masri told Vocativ. The team members are primarily recent immigrants who fled the war in Syria, though some others come from Lebanon, he said.

The team calls itself “The Eagles of Qasioun in Germany,” an offshoot of the official nickname of Syria’s national soccer team, The Eagles of Qasioun. (Qasioun is a mountain overlooking Damascus.) When asked why they specifically chose an eagle, Masri said: “Because eagles are power.”

The team’s Facebook group was created in November 2015, and has over 1,500 likes. Photos and videos posted to the page show the players kicking the ball around and smiling for the camera. Dozens of Syrians living in Germany have commented on the Eagles’ Facebook page and have expressed interest in joining the squad, including players who play for local German clubs but want to join a team with fellow Syrians.

“I want to play with you and I need your help,” one wrote. “I’m in Dortmund and I will be able to come and train but not much. There’s a German soccer club that wants me to sign up so please let me know if it is possible.”

Another wrote: “I played in 21 official tournaments and I want to join you, but I live far.”

"We met here in Germany after escaping from Syria... we have achieved harmony between us," said 22-year-old Syrian player Yamen Aljundi.

The Eagles’ goal is to play in the fifth division of a semi-professional football league. They practice three times a week, for two hours a day, hoping for official recognition from the Essen leagues.

Vocativ spoke to three team members who all said the soccer team helped them foster connections with other Syrian refugees and get accustomed to their new lives in Germany. “As a new group of this country it is important to be accepted and with this kind of activity and sport we can achieve that, hopefully,” 27-year-old team member Ahmad Medo, from the war-ravaged city of Homs told Vocativ. “We started this Team from nothing and every day goes by we get better and better,” said 22-year-old Yamen al-Jundi from Latakia, an area considered a bastion of support for President Bashar al-Assad.

The war in Syria has killed more than 470,000 people and displaced more than 7.6 million. A surge of over one million Syrian refugees fled the conflict last year, making the perilous journey across the Mediterranean Sea to Europe. More than 1.1 million people arrived in Germany over the past 13 months, and many have had trouble integrating due to difficulty finding jobs, home sickness, and an uptick in anti-Muslim sentiment in Europe.

Sports can “unite fellow countrymen as they make new friends, which is very helpful for stability and mutual support,” Westy Egmont, director of the Immigrant Integration Lab at the Boston College School of Social Work, told Vocativ. “What politicians cannot do, a small leather ball on a field does splendidly,” he said.

This is the first time many of the players have been able to consistently practice soccer in years. The decimation of Syrian society and infrastructure in the past five years has eroded the dreams of young Syrian soccer players. Masri played soccer as a boy but stopped after he turned 20 to focus on his studies, he said. “Unfortunately in Syria there is no professionalism and support for sports,” he said. In 2014, Masri trekked alone from Syria to Germany, traveling through Turkey and Greece to get there.

The team had its first unofficial friendly match on Sunday and won 8-4, al-Jundi wrote to Vocativ via Facebook Messenger. “The great thing in this Team is that we met here in Germany after escaping from Syria and each one of the Team from different city but we have achieved harmony between us,” al-Jundi said.