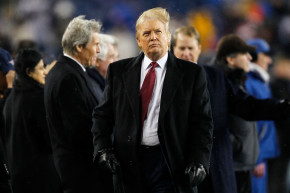 For more than 30 years, Donald Trump has been fighting a hopeless battle against the league 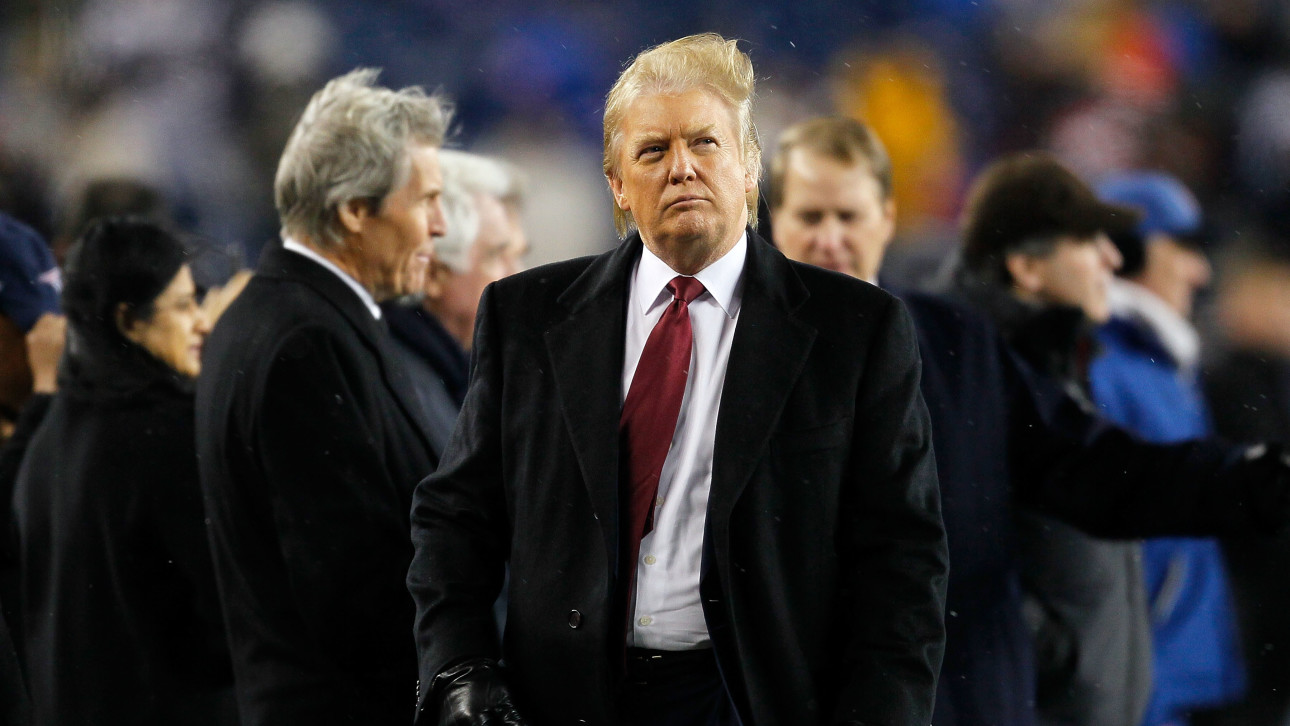 As the Republican presidential primary race has shown thus far, there are few clubs presumptive GOP nominee Donald Trump can’t buy or bully his way into. But one of the biggest and most prestigious (almost entirely) boys clubs in America, the National Football League, has rebuffed him at every turn. Just taste the bitterness dripping off these tweets Trump sent when he got mad online after getting outbid for the Buffalo Bills in 2014.

Even though I refused to pay a ridiculous price for the Buffalo Bills, I would have produced a winner. Now that won’t happen.

The @nfl games are so boring now that actually, I’m glad I didn’t get the Bills. Boring games, too many flags, too soft!

Trump’s latest jabs at the NFL came in January, when he ravaged the NFL’s new policies against helmet-to-helmet hits and once again decried the league as “soft.” Before that, he smiled and nodded when asked at an event if he would “fire Roger Goodell.” He panned Goodell and the NFL’s handling of Deflategate on two different cable news networks over the summer.

Trump’s beef with the NFL now spans over two decades, dating back to his time as owner of the upstart United States Football League’s New Jersey Generals in 1983.

Trump writes extensively about his experience opposing the NFL in Trump: The Art of the Deal, Trump’s autobiography and his second favorite book of all time (“Nothing beats the Bible, not even The Art of the Deal.”). He devotes an entire chapter to the USFL’s swift rise and swifter fall.

“I love sports, and having my own team seemed the realization of a great fantasy,” Trump wrote. “I also liked the idea of taking on the NFL, a smug, self-satisfied monopoly that I believed was highly vulnerable to an aggressive competitor.”

Trump tells the story of his entrance into the USFL as an investment made more for fun than for profit. “For less than $6 million, contingent on the league’s continuing—compared with the $70 million an NFL franchise might cost—I was able to purchase a professional football team in one of the greatest areas in the world,” Trump said, as his New Jersey Generals enjoyed prime real estate sharing the Meadowlands with the Giants.

“If I could help turn the team and the league around, I stood to earn back many times my initial investment. At the very least, I would have a lot of fun trying.”

Others within the USFL tell a different story.

“His dream was to be in the National Football League and they didn’t want him,” Burt Reynolds, one of the owners of the Tampa Bay Bandits USFL franchise, told ESPN for the documentary Small Potatoes: Who Killed the USFL.

“I still feel and will always feel that his ambitions, his personal ambitions, were what sunk the league.”

Trump, by far the richest owner in the league, pressured the owners into moving to a fall schedule after the 1985 season. The USFL found itself without any television suitors, as the major networks were all beholden to the NFL. It was a mistake that ultimately doomed the league.

While the USFL did file an successful antitrust suit against the NFL, lawyers for the NFL harped on Trump’s wealth throughout the case. They succeeded in crafting a narrative of a greedy Trump frivolously bringing the suit to increase his personal wealth, and so even though the NFL was found in violation of antitrust law, they were only forced to pay $3.76 in damages.

The case was the nascent league’s final financial lifeline, and with it exhausted, the USFL ceased operations after the 1985 season.

Testimony in that case revealed much of why Trump is so bitter about his history with the NFL. NFL commissioner Pete Rozelle testified that Trump had attempted to buy the then-Baltimore Colts through an anonymous intermediate in 1983, before Trump bought into the USFL. Then, in 1984, Trump arranged a meeting with the commissioner in which Trump again attempted to buy his way into the NFL.

However, Trump tells it differently in The Art of the Deal, released a year after the antitrust trial in 1987:

“What really happened at the meeting is that Rozelle tried to woo me, plain and simple. He said he considered me a good candidate for an NFL franchise, whether it was the Generals, through merger, or an NFL team, which he said he could help me get. In return, he said, he wanted two things: that the USFL not move to the fall, and that the league not bring an antitrust suit against the NFL.”

To believe that Trump would have rejected a chance to join the NFL in 1984 strains credulity.

There’s certainly enough here to believe there would be some residual animosity between NFL owners and the Donald. But that didn’t seem to be an issue in 1988, when Trump looked into purchasing the financially struggling New England Patriots.

Multiple NFL owners, including Cowboys owner Tex Schramm and Browns owner Art Modell, publicly said they would approve Trump’s bid for ownership. Trump’s reason for backing off a deal to buy the Patriots was, according to a Boston Globe source, “[he] had his numbers people look at the Patriots deal over the weekend and they told him this was one of the worst financial messes they have ever seen. He really would like to have a team in the NFL, but this situation was so bad financially he just didn’t want to deal with it.”

The Patriots were bought and sold three times between 1988 and 1994, but Trump has to feel like he missed out on something huge. The team he passed on has been to six Super Bowls, including the four won with his good personal friend Tom Brady under center. He didn’t get another opportunity to buy into the NFL until his failed bid for the Bills two years ago, when Sabres owner Terry Pegula outbid Trump and paid $1.4 billion for the franchise.

Maybe this is why Donald Trump is so relentlessly salty about the National Football League.

The Trump brand is built on the Donald as a winner, but his history with the NFL is nothing but loss after loss after loss. He couldn’t buy a team, couldn’t bully his way in through the USFL, couldn’t beat the NFL in court, couldn’t pull the trigger when he had the chance to buy into the league, and waited 16 years for another chance just to get outbid by an NHL owner.

But hey, I’m sure those tweets sting.