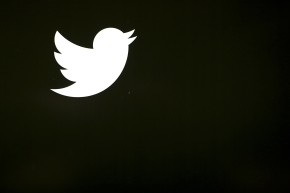 Ever wondered what the theme to 'Full House' would sound like as a rap song? Well, wonder no more

Ever wonder what “Let It Go” would sound like as a rap song? What about any Britney Spears hit of the early 2000s? Or even the theme to Full House? Well, sometimes the internet is a glorious place, and today is one of those days, blessing us with the #TrapCover hashtag. Now what, you ask, is a #TrapCover? It’s pretty much any song reinterpreted as a rap song, and it, my friends, is genius.

Vocativ analyzed the Twitter conversation around #TrapCover to find 156,340 tweets with the hashtag since yesterday. The best covers are the ones that take top 40 hits or Disney songs or family-friendly sitcom themes and completely change them into trap bangers. So it makes sense that the most-mentioned people on the hashtag are Vanessa Carlton (3,257 mentions), Taylor Swift (2,403 mentions), Britney Spears (2,187 mentions), Queen (1,723 mentions), and Beyoncé (937 mentions). But seeing is believing (and so is hearing), so without further ado, here are the top 10 most popular #TrapCover tweets.

okay guys. my first cover ever

My #TrapCover of " You Belong With Me " By Taylor Swift pic.twitter.com/7pkYaG196k

Had to do it. Britney Spears “Baby One More Time” #TrapCover pic.twitter.com/PbFP1rKX2P

Couldn’t sleep til I made a #TrapCover of The Star Spangled Banner #BHM pic.twitter.com/JI5uynMx3g — Nathan Zed (@NathanZed) February 26, 2016

hope you guys like my #trapcover of “we will rock you” by queen :))))) pic.twitter.com/Cx6ud3ONv2

My #TrapCover of Let It Go & Do You Want To Build A Snowman From Frozen pic.twitter.com/XeIpCPuY3v

What’s the difference between a good #TrapCover and a great one? Excellent ad-libs. This has been a great day on Twitter.