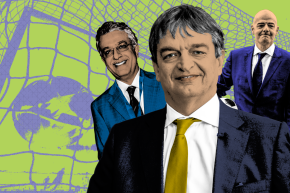 How Corrupt Are The Candidates For President of FIFA?
By Jack Moore

How Corrupt Are The Candidates For President of FIFA?

We have an alleged human rights criminal, a manifesto-writing outsider, and maybe some decent people? 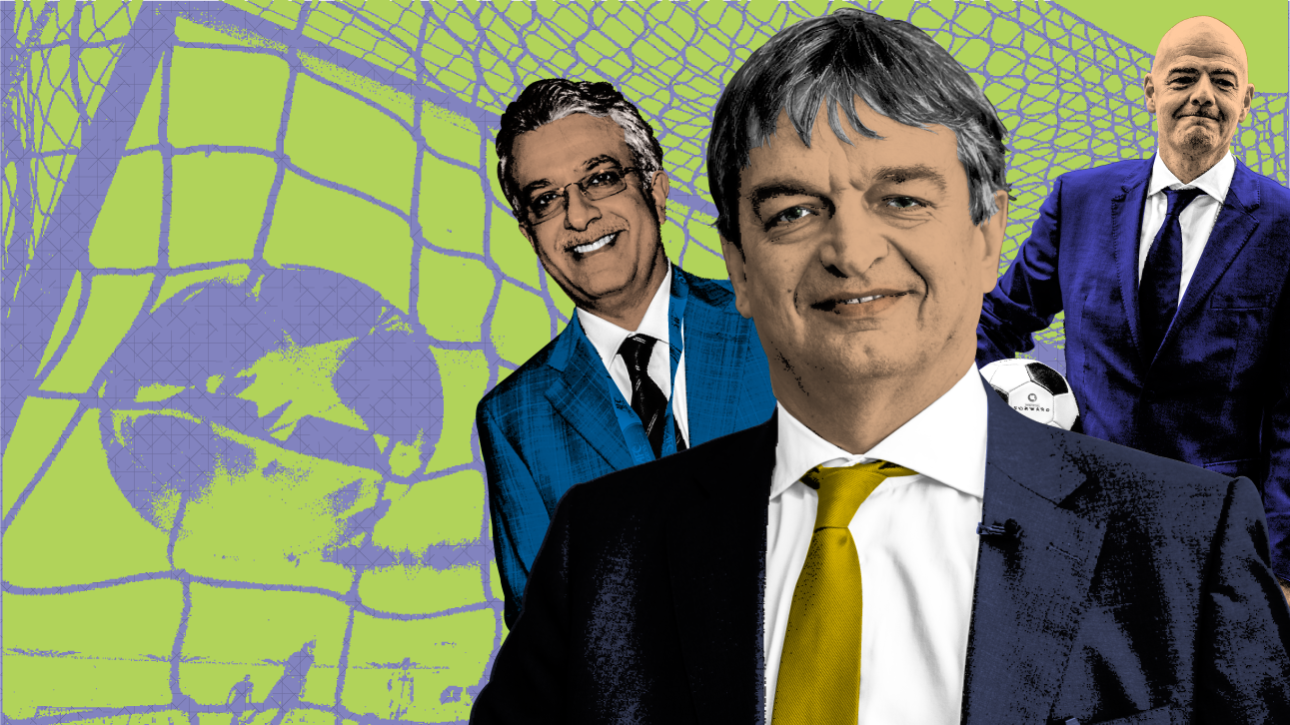 FIFA will hold elections to determine a new president to replace Sepp Blatter on Friday—and the race is as wide open as its been in recent memory. Blatter’s ban was reduced but upheld by FIFA’s appeals committee on Wednesday, along with Michel Platini, Blatter’s handpicked and assumed successor.

That leaves five different candidates from across the world vying for the position. Who are they? How ridiculously corrupt are they? Let’s find out:

On his website, Salman refers to FIFA as a “Phoenix Project.” He is quoted, “Those who have the knowledge, the determination, the ethical and moral values to lift the ‘Phoenix out of the Ashes’, must join forces and deliver to the fans around the world, the player and Members who deserve better. Accountability, unblemished conduct and dedication to uplift the organisation must be implemented by a new team of top level executives whose priorities are clear, clean and guided by the desire to create the best global body of sports governance.”

So, why not Sheikh Salman?

Oh, right. That. Multiple human rights organization called for FIFA to terminate Sheikh Salman’s candidacy over his participation in the Bahraini government’s punishment of over 150 athletes who were a part of pro-democracy demonstrations in 2011.

“Since the peaceful anti-government protests of 2011, which the authorities responded to with brutal and lethal force, the al-Khalifa family have overseen a campaign of torture and mass incarceration that has decimated Bahrain’s pro-democracy movement,” Nicholas McGeehan of Human Rights Watch told the Guardian. “If a member of Bahrain’s royal family is the cleanest pair of hands that FIFA can find, then the organisation would appear to have the shallowest and least ethical pool of talent in world sport.”

Salman responded shortly afterwards, telling reporters, “I have just one question: you talk about allegations but the question is, do you have the proof?” Sounds like Sheikh Salman is more than ready for the big time.

A Swiss-Italian lawyer who has been UEFA’s general secretary since 2009, Infantino is the top European candidate to replace Blatter. Infantino cites the introduction of the club licensing system and Financial Fair Play rules as the biggest feathers in his cap.

The fact that Financial Fair Play is essentially an anti-competitive, collusive policy that lowers wages for players and makes it difficult for smaller clubs to compete on the transfer market can only help his case among the FIFA electorate.

Infantino didn’t enter this race until recently. In an interview with Sports Illustrated’s Grant Wahl, he explained: “Then the situation happened as we know with the ban of Mr. Platini, and in discussing this with the European associations, with the executive committee, they all felt that we should have a European candidate. Because in this complicated situation Europe needs to be on the table, needs to be at the center of the table. We need to be able to shape and help shape the future of football.”

With Platini out, the Europeans needed a token insider to back. Infantino, a good bureaucrat with a clean record, has stepped up to fill the void. But will he be able to bring in enough votes from the other federations? He’ll likely need help in the form of an endorsement from one of the lesser candidates on the ballot to make it happen. Given the unpredictable politics of these elections, Infantino is betting big on the votes breaking just right for his candidacy.

Prince Ali was Blatter’s biggest competition in the last FIFA election, as he lost 133-73 in the May 2015 vote. The Jordanian Prince Ali made his push with support from the Asian and African federations, but with Sheikh Salman now in the fray, Prince Ali will have far stiffer competition for those votes. Prince Ali has been a champion for women’s football and has helped changed rules to allow women wearing the hijab to play, and he helped bring the upcoming Under-17 Women’s World Cup to Jordan.

Of the candidates, Prince Ali has been the most vocal in pushing radical reform of FIFA, and has been most outspoken about transparency within the organization. Among the platforms in his manifesto, Prince Ali is pushing for the full release of the Garcia Report on the Russia and Qatar World Cups and general allegations of corruption in world football and wants to end the practice of awarding commercial contracts via secretive processes.

Basically, Prince Ali, at least publicly, wants to actually do something to end the corruption that has ravaged FIFA. Unfortunately for him, most of the people who voted for Blatter in May—essentially a vote for corruption—are still around today. Good luck winning them over with that platform!

There’s a lot more to 2001 Name of the Year Champion Tokyo Sexwale than his fantastic name (actually pronounced “seh-wa-le”). Sexwale was a radical anti-apartheid activist in South Africa during the 1960s and 1970s, a member of the Black Consciousness Movement and later a leader of the South African Students’ Movement. In 1976, he was captured by South African security forces and served 13 years of an 18 year sentence at Robben Island, the prison that held Nelson Mandela during his political imprisonment.

Sexwale has the fewest connections to football of all the candidates. After eight years in South African politics, Sexwale departed for the business world. He has major stakes in the diamond industry and has served on the boards of multiple large South African companies. His outsider status gives him some heft in challenging the previous Blatter regime and its corruption. His limited football ties include serving as mediator for FIFA in the Israel-Palestine federation disputes and serving on the 2010 South Africa World Cup organizing committee.

Sexwale is also beyond wealthy, as he is reportedly worth 130 million pounds and purchased his own private island for $70 million back in 2011. But so far that wealth hasn’t translated into influence, as his own continent’s federation, CAF, is expected to support Sheikh Salman, making Sexwale a longshot for the presidency.

Champagne, a former French diplomat, was a FIFA executive from 1999 to 2010 before serving as a consultant for multiple international organizations, including the football associations in Palestine and Cyprus. His diplomatic career took him to Oman, Cuba, the United States and Brazil, and in 1997, he was awarded one of Brazil’s highest honors available to a foreign national, the Order of the Southern Cross, by none other than Pele.

Whereas Infantino represents the European status quo, Champagne is a reformist. In his manifesto, Champagne is outspoken about the interference of European Union law into FIFA and what he refers to as the “Western European hegemony on football.” He writes in his manifesto, “Football has been experiencing in the last twenty years a dangerous cocktail of deregulation, globalization in a context of systemic research of legal, tax regulatory and judicial loopholes to escape for the football regulations.”

Champagne’s platform includes a pledge to involve clubs, leagues and players in the governance process, reducing the power of the FIFA president and the executive committee, and a reformation of FIFA’s power structure that would set up a truly autonomous governing body. “Last but not least,” Champagne writes in his manifesto, “the autonomy of sport cannot be a ‘blank check’ given to sport institutions.”

ESPN FC’s Vivek Chaudhary wrote Tuesday, “He has never been viewed as a serious candidate and has always competed as a rank outsider.”

It turns out FIFA and its members are actually pretty big fans of that blank check.