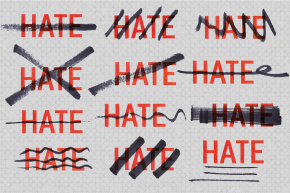 What’s In A Name? The Problem With The “Hate Group” Label
By James King

What’s In A Name? The Problem With The “Hate Group” Label 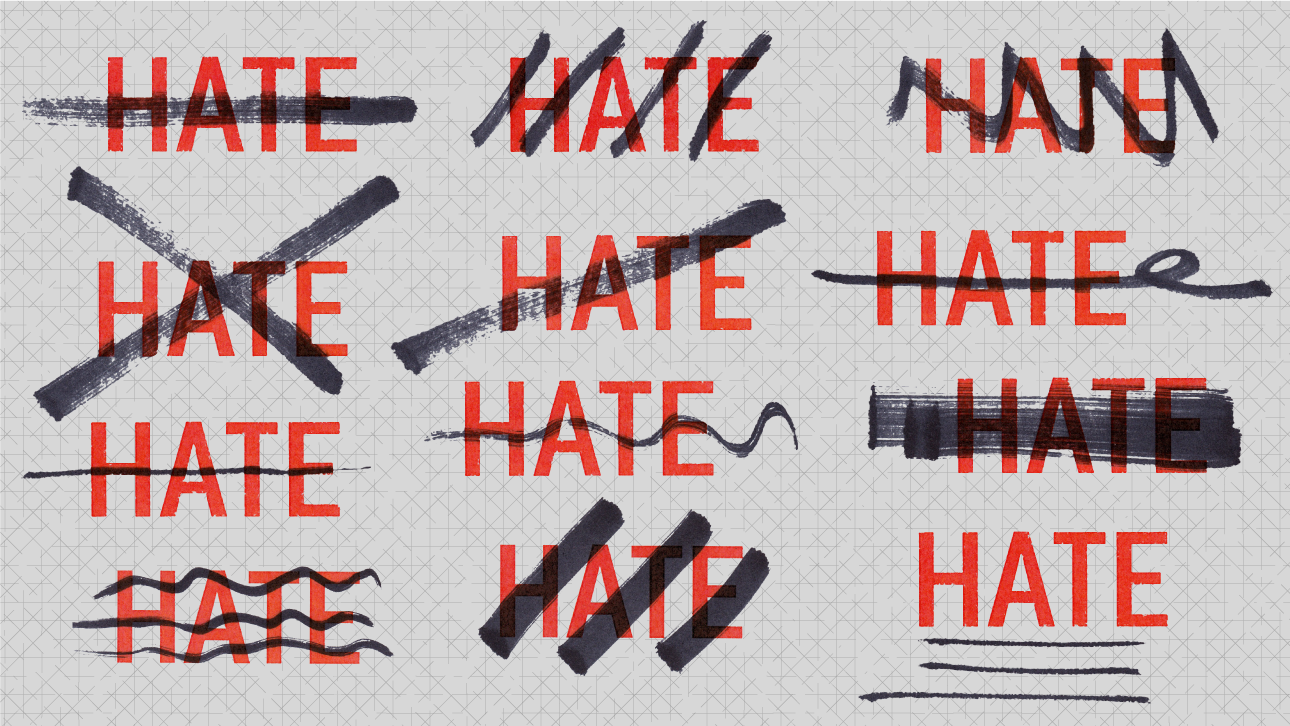 If you scanned a frequently cited list of extremists and hate groups a couple of years ago, you might’ve been surprised by one name in particular: GOP presidential candidate Ben Carson. In 2014, Carson landed on the Southern Poverty Law Center’s “extremist files,” a list of alleged bigots from a well-respected civil rights advocacy group. Carson’s inclusion sparked a firestorm of criticism from his supporters and right-wing pundits who claim he doesn’t fit the criteria of a hate-mongering extremist.

What earned Carson the extremist label? His opposition to same-sex marriage, which he asserts is based on his faith, not hate.

Four months after he was added to the list—as Carson’s political support and public profile began to grow—the SPLC removed his name and issued an apology. The about-face from the prominent non-profit, whose aim since its 1971 inception has been to combat racism and civil rights abuses, is incredibly rare. It also underscores how, critics say, the SPLC’s “hate group” label is shifting from a serious condemnation reserved for the very worst to a more broadly applied political tool—and how that shift has the potential to undermine the good work the group does.

Another man to find himself on the list is Cliff Kincaid, a journalist from Kansas City who serves as the director at Accuracy in Media’s Center for Investigative Journalism, a conservative website that has drummed up its share of controversy. Kincaid’s taken hardline, far-right stances on issues like same-sex marriage and immigration that are similar to Carson’s. He’s written things that many people consider offensive or ignorant—or that are just flat-out false.

“There is no such thing as a ‘gay conservative,’ unless the term ‘conservative’ has lost all meaning,” Kincaid wrote in a March 2013 column for Accuracy In Media. “But there is a homosexual movement that has its roots in Marxism and is characterized by anti-Americanism and hatred of Christian values.”

That remark and other, anti-government, conspiracy theorist propaganda helped earn Kincaid a spot in the “extremist files.” While their views are quite similar, Kincaid remains on the list while Carson’s off and running for president.

The SPLC’s “extremist files” and hate group list initially were intended for proud bigots and openly racist organizations with traditions of violence like the Klan and Aryan Nation. It now includes attorneys and religious leaders, as well as advocacy groups and religious institutions, many of which, critics say, have ignorant views about various social issues, but don’t fit the mold of the traditional “hate group.”

“[The SPLC has] no defined standard for what makes something a ‘hate group,'” said Ira Mehlman, the media director for the Federation For American Immigration Reform, a group of immigration reform activists that frequently testifies before Congress. It too has been classified a hate group by the SPLC, which quotes numerous inflammatory statements from the group’s members, many from years ago. (“For European-American society and culture to persist requires a European-American majority, and a clear one at that,” writes the founder, John Tanton, in 1993.)

“There is no list of boxes you have to check to get on the list,” Mehlman added. “There is no defined criteria. If they don’t like you, they throw you on the list. People don’t take it seriously anymore.”

The SPLC’s “hate” label has carried tremendous clout over the years and is frequently referenced by politicians and journalists looking to discredit an individual or organization—a hate label from the SPLC was once a daunting scarlet letter for racists and hate-mongers. The FBI’s page on hate crimes lists the SPLC as a partner alongside other established groups like the Anti-Defamation League and the Human Rights Campaign—and its annual “Intelligence Reports,” tracking the growth in hate groups, are widely reported on, including by Vocativ.

More Amid Surge In Racial Tension, KKK Fails To Seize On Comeback Moment

Kincaid said he isn’t sure what exactly landed him on the SPLC’s list or when he was added, but a Vocativ investigation revealed that he was given his own profile on their website in December 2013 and he’s been on their anti-government watch list since 2010. Kincaid said he’s been unsuccessful in having his name removed. “I have been personally listed by them as a ‘radical right’ leader and had my ‘location’ identified,” he told Vocativ. “I consider such targeting a personal threat to my family’s security and safety, and I have had to take precautions.” He declined to offer specifics.

“Kincaid is a rabid government hater,” said Heidi Beirich, the director of the SPLC’s Intelligence Project, which compiles the annual report about trends in hate groups across the U.S. “The problem with conspiracy theorists like him is that there is a lot of terrorism coming from these people. Their propaganda is influential in terms of violence.”

Others have noted that once you’re on the list, it can be next-to-impossible to get off it—even as views shift. According to Beirich, Ben Carson is one of just two people whom the organization has removed from its “extremist” list. However, a profile for the other man Beirich cited, former white supremacist music producer Anthony Pierpont, still appeared on the website until Beirich was alerted by Vocativ that it was still there (Beirich told Vocativ that the SPLC made the decision to remove Pierpont from the list about three years ago, and his appearance on the “extremist” list was a mistake and it has since been taken down.)

In her 17 years of working at the SPLC, she can cite only one other example of a person or organization being removed from the list—the SPLC removed the Illinois Family Institute, a group that has taken a hardline stance against same-sex marriage and other LGBT issues, from the list after they removed some homophobic material from their website, Beirich said. When the group put similar material back online, the SPLC put it back on the hate list.

Determining who belongs on the hate group or extremist list isn’t as arbitrary as critics would have you believe, according to Ryan Lenz, a senior editor for the SLPC’s Intelligence Project. While saying the group doesn’t discuss criteria, he says the SPLC targets people and groups that “demean or defame against a particular class in an attempt to deny them their 14th Amendment rights.”

On its website, the SPLC says “hate group activities can include criminal acts, marches, rallies, speeches, meetings, leafleting or publishing.” That list, says Lenz, is compiled by “a team of researchers who scour the Internet looking at events; who’s talking to who; which individuals are connecting with which groups.”

David Yerushalmi is an attorney who represents activists opposed to Islamic extremism. Some of his more noteworthy clients include Terry Jones, the Florida pastor who made headlines in 2010 for his plan to burn copies of the Quran, and Pamela Geller, who led a well-publicized opposition to the creation of an Islamic community center near Ground Zero in lower Manhattan, according to their SPLC “extremists” profiles. More recently, Geller held a “draw the prophet” contest in Texas where she and others drew cartoons of the Prophet Mohammad. That event ended when two Islamic extremists fired assault rifles at the center holding the contest. They were the only ones killed.

“They take a lot of quotes way out of context,” he told Vocativ. “You can say I’m a lot of things but to say what they said about me is absurd.” He said he initially was bothered by his addition to the list and tried to have his name removed to no avail. That’s changed.

“Nobody who is on the list is there for their position about gay marriage, they are on there for spouting falsehoods about it—using false science to convince others,” responded Ryan Lenz.

The SPLC has also been criticized for inflating statistics about hate groups in the U.S. In February, the organization released its annual “Intelligence Report,” which included a tally of 892 hate groups operating in the U.S. in 2015 and an additional 998 “Patriot” groups like the militiamen who took over the Oregon wildlife refuge in January—each type of group increased by 14 percent from the previous year, the SPLC found. But that data is less than clear.

In 2013, the news website ForeignPolicy.com analyzed the organizations listed as “hate groups” in the SPLC’s annual report and found that many of the “groups” were actually chapters of larger organizations—for example, the “American Nazi Party is listed six times, and the Council of Conservative Citizens is listed 37 times. There are many more. When you filter the list for organizations with identical names, the list of 1,007 becomes a list of 358,” the website reported. A look at the 2015 report shows a similar trend of counting chapters of larger organizations as individual groups.

“The SPLC is a business like any other. They’re in the hate business. The more hate there is, the more business there is—it helps them raise money,” said FAIR’s Ira Mehlman. “What they’ve become is basically an attack dog to be unleashed on ideologies they don’t agree with.”