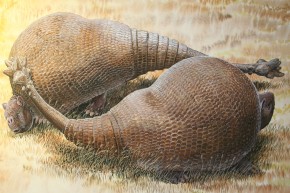 Giant Prehistoric Armadillos Were Actually A Thing
By Joshua A. Krisch

Meet the glyptodont, a ten million-year-old armadillo roughly the size and weight of a Volkswagen Beetle 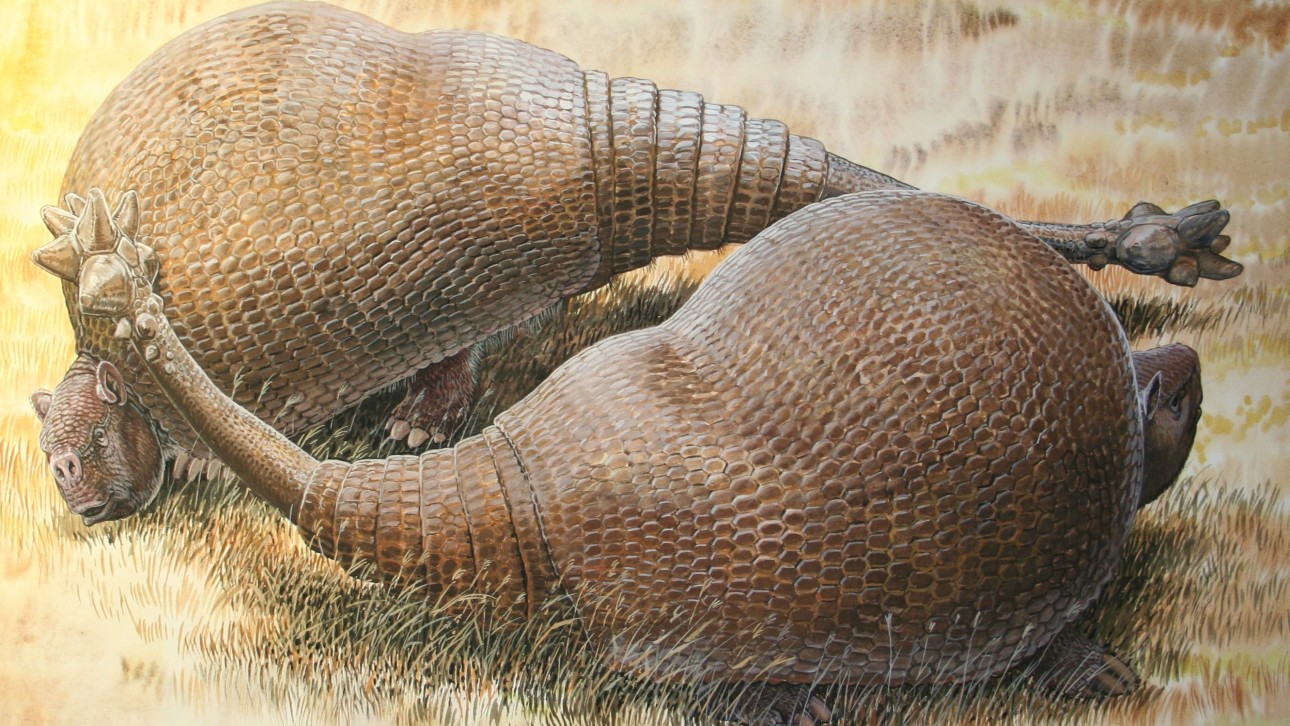 One of the least celebrated fossils that Charles Darwin hauled home from his South American expedition was the glyptodont, an armadillo-like mammal. Unlike the adorable roly-poly armadillos you may know, this beast could be large as a Volkswagen Beetle.

Eventually, for lack of DNA evidence or anything but a handful of fossils to go on, taxonomists did what they do best—sorted the glyptodont into a larger group of mammals known as Xenarthra, which includes anteaters, tree sloths and, you guessed it, armadillos. Now, a new study of the glyptodont’s ancient mitochondrial DNA vindicates these taxonomists, confirming what scientists always sort of suspected: The glyptodont really was pretty much just a giant, prehistoric armadillo.

“The data sheds light on the familial relations of an enigmatic creature that has fascinated many but was always shrouded in mystery,” said Hendrik Poinar, evolutionary scientist McMaster University and coauthor on the study, in a statement. “Was the glyptodont a gigantic armadillo or weird off-shoot with a fused bony exoskeleton?” Spoiler: It was a gigantic armadillo!

For the study, a team of evolutionary biologists first extracted broken bits of ancient DNA from a glyptodont fossil found in Argentina. Although the ancient DNA had worn away over time, the team managed to recover just enough DNA from one carapace, the scientific word for its shell, fragment to reconstruct the complete mitochondrial genome of Doedicurus, one of the largest known glyptodont species.

“Ancient DNA has the potential to solve a number of questions such as phylogenetic position—or the evolutionary relationship—of extinct mammals, but it is often extremely difficult to obtain usable DNA from fossil specimens,” said Poinar, in a statement. “In this particular case, we used a technical trick to fish out DNA fragments and reconstruct the mitochondrial genome.”

The results confirmed generations of scientific conjecture and irreverent children pointing at glyptodont exhibits. Genetically speaking, glyptodonts literally were enormous, ancient armadillos. “On this evidence, glyptodonts comprised a distinct, Late Paleogene lineage of chlamyphorid armadillos,” the authors write. “Such a radical repositioning of glyptodonts within the armadillo crown group has major consequences.”

Researchers also used the DNA results to estimate just how big the average glyptodont—and its ancestors—may have been. The results suggest that the last common ancestor of glyptodonts and armadillos only weighed about 13 lbs, implying that when glyptodonts diverged from armadillos they not only acquired different shells but also grew spectacularly. Based on both the fossil record and the DNA results, the scientists suspect that glyptodonts were only slightly larger than the average armadillo for most of the Miocene Era, and that they did not evolve into true megafauna until the Pleistocene Epoch.

Then, like most other South American large mammals, glyptodonts likely disappeared barely 10,000 years ago with the collapse of the Pleistocene and the start of the most recent Ice Age. But they live on in armadillos—perhaps more so than scientists ever suspected.