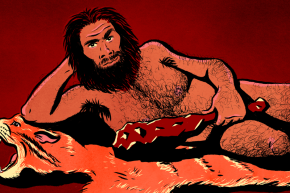 What Can Caveman Erotica Teach Us About Human Evolution?
By Jennings Brown

What Can Caveman Erotica Teach Us About Human Evolution?

Expert insight on how our ancestors got weird 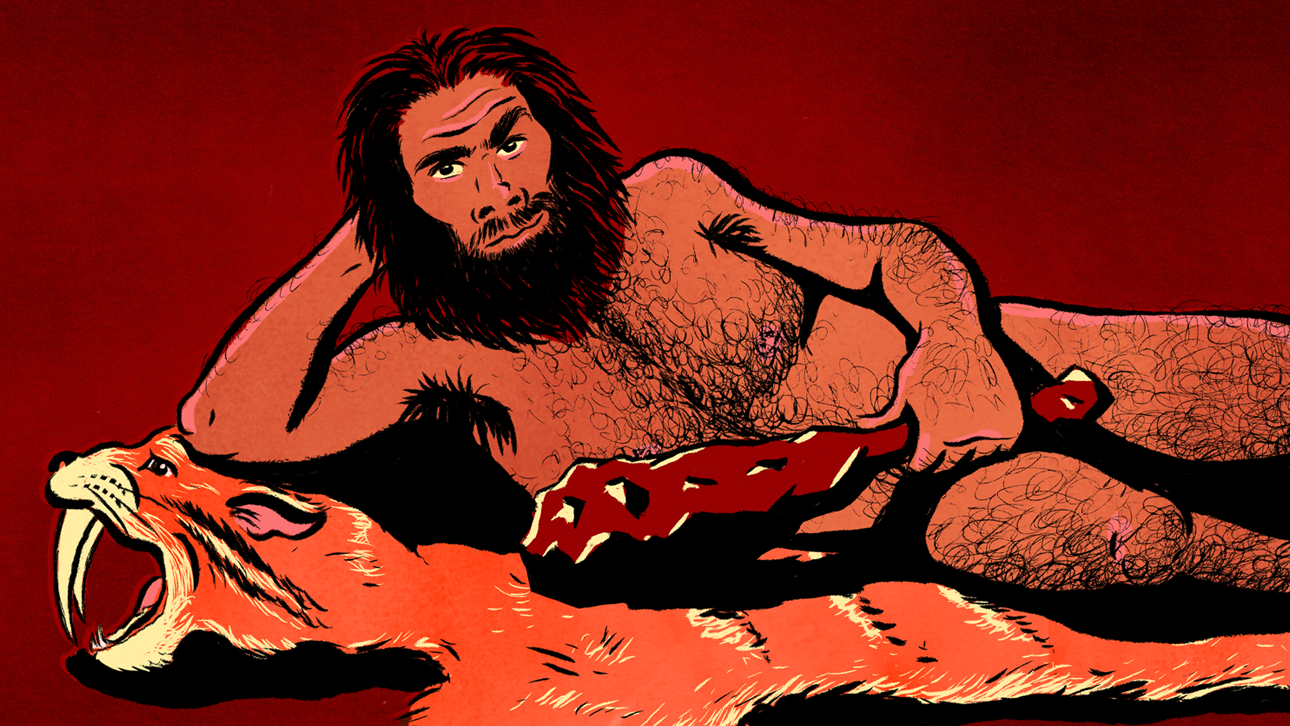 Your early human ancestors fornicated with Neanderthals—scientists have known this for a while—but a new study shows those forbears were even wilder than scientists thought.

By studying Neanderthal DNA over the last several years, researchers had already determined that now-extinct hominoid groups interbred with humans. Now, thanks to a recent study published in the journal Nature, we know that cross-species sex fests took place 50,000 to 60,000 years earlier than we originally thought. The research suggests it was actually 100,000 years ago that a gang of Homo sapiens first stumbled upon a pack of Neanderthals and started bumping fur.

Fortunately, there’s an entire erotica genre dedicating to helping us imagine what human-on-Neanderthal-on-Denisovan sex could have (but definitely didn’t) look like. An Amazon search for “cavemen romance” and “caveman erotica” delivers hundreds results. Many of these works of literature tell tales of modern women interacting with prehistoric men through time travel, the thawing of ancient specimen frozen in ice or other feats of science (fiction).

“Even though the tunic has been hastily put together out of animal pelts, what is reveals as it rises is so breathtaking it might as well be an opera curtain.” — “Prehistoric Pounding”

In Janie James’ “Lust of the Caveman” a sexually frustrated female scientist uploads the mind of an ancient man into someone else’s body, then proceeds to satisfy his “man stick.” In “Prehistoric Pounding,” author Hannah Hunt describes a few acts of passion between Amanda, a time-traveler, and Grog: “The hem of his crude clothing is pushed upwards by his enormous erection until I can see everything. Even though the tunic has been hastily put together out of animal pelts, what is reveals as it rises is so breathtaking it might as well be an opera curtain.”

A reconstruction of a Neanderthal at the Museum for Prehistory in Eyzies-de-Tayac, France.

Many might take issue with that statement—after all, lots of men and women fantasize about being submissive in their sex lives and have no interest in literally dating Tarzan. But, that idea is still pervasive in the genre. Take, for instance “The Caveman’s Reluctant Bride,” which provides a warning in the Amazon listing: “This 7500 word novelette is intended only for adults. It contains rough and reluctant breeding with a variety of hulking cavemen.”

“Cavemen have no manners, or styling gel; they’re not metrosexual. They’re just like, ‘Me Tarzan. You Jane.’ Bam.” — Shoshanna Gabriel

Before Shoshanna Gabriel converted to Christianity, and began writing inspirational romance novels, she was Shoshanna Evers, a The New York Times bestselling BDSM erotica writer and author of “Held Captive by the Cavemen.” Gabriel said she herself has 3.3 percent Neanderthal DNA, based on a blood analysis performed by 23andMe, a controversial genetic testing service. But she thinks Neanderthals were very similar to us and refuses to believe that her ancestors interbred with a different species. “From excavations, scientists have learned that Neanderthals used tools, they buried their dead in a ceremonial way, they took care of each other if one was sick,” Gabriel said. “Were there ancient people living in caves, wearing animal skins, in primitive societies fighting to survive another day? Absolutely. But still human.”

The science community has debated this question for decades. But regardless of whether Neanderthals or Denisovans are in fact humans, we now know that some of our ancestors yearned for them eons ago, just as many readers of erotica yearn for their loincloth-covered loins today.