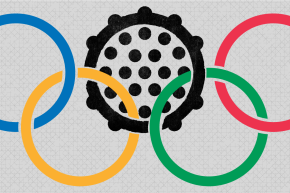 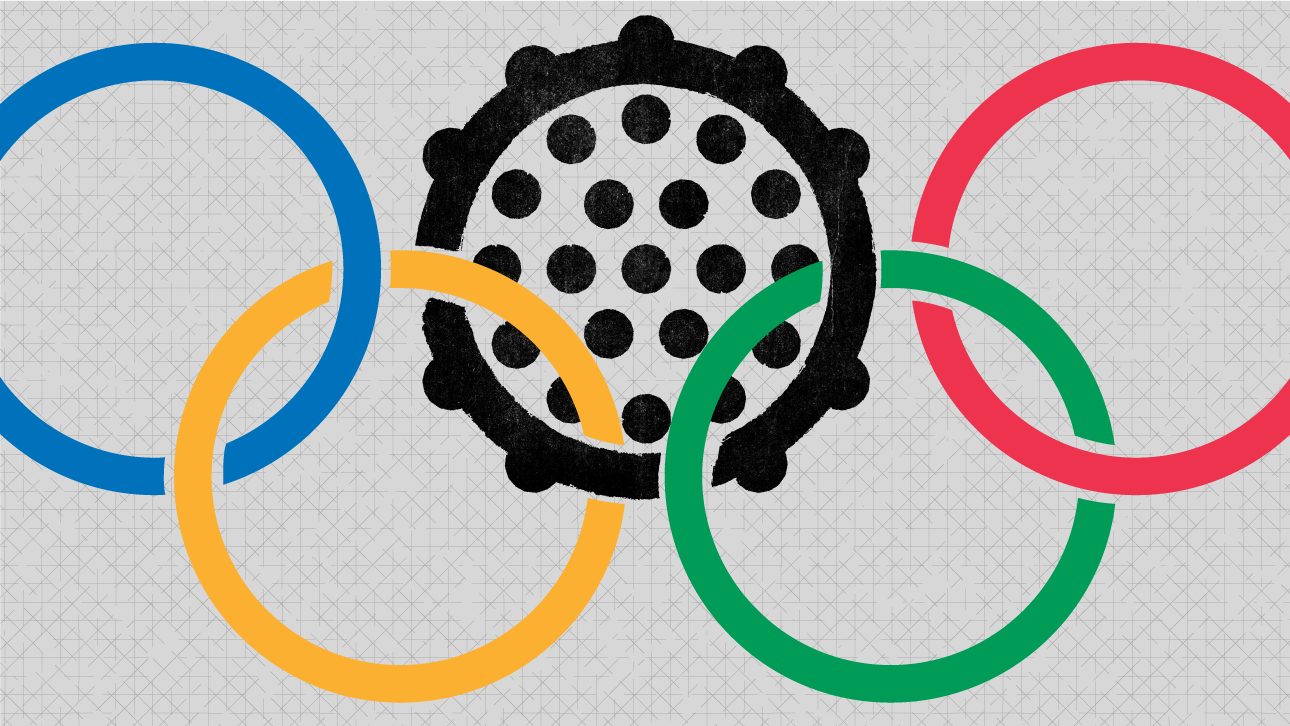 In a matter of months, Zika has gone from an afterthought to a World Health Organization-designated global emergency that threatens the competition and attendance of this summer’s Olympic Games in Rio de Janeiro, Brazil—and it’s female Olympic athletes who have the most to be concerned about.

In most cases, Zika merely triggers a mild fever, rash, or joint pain, but when a pregnant woman is stricken with Zika, there appears to be a causal link with the rare birth defect microcephaly. The defect is known to cause abnormally small heads in newborns as well as brain-development disabilities or delays.

The possibility that Zika causes this birth defect has triggered a panic in Brazil and other nations. El Salvador has urged women to avoid having children for two years and Colombia’s government recommends postponing pregnancies for upwards of eight months. However, the Centers for Disease Control maintains that “there is no evidence to suggest that Zika virus, after it is cleared from the blood”—usually in a week—“poses a risk of birth defects for future pregnancies.”

While there has been a rapid pace of discovery since the Brazilian outbreak began last year, there isn’t enough time for a vaccine or definitive research before the Olympics begin on August 5. Questions remain about whether Zika is linked with Guillain-Barré Syndrome—which can cause temporary paralysis—and for exactly how long after infection Zika endangers pregnancies.

“As a woman who wants to have kids soon after the Olympics, that would be an important thing to know,” U.S. rower and two-time gold medalist Caroline Lind said, adding, “If they determine that, if you get the Zika virus once, then every baby that you’re ever going to have is going to be deformed or be unable to develop properly, then yeah, I probably wouldn’t take the risk.”

U.S. women’s soccer goalkeeper Hope Solo caused a stir when she told Sports Illustrated, “If I had to make the choice today, I wouldn’t go.” On Tuesday, defender and co-captain Becky Sauerbrunn called Zika “a very big concern,” although recent debriefings from medical experts have quelled some of the fear. “We feel much better about it now,” she said.

The risk is not relegated solely to women who are are currently or soon-to-be pregnant, however, as there have been a handful of cases in which Zika has been sexually transmitted by men.

Cape Verde long-distance runner Ruben Sanca, who competed in the 2012 Olympics and who trains in Lowell, Mass, has read reports of recent Zika cases in his home country as well as in Brazil. For now, he said he’s focused only on qualifying, with the hope that there will be updated safety information by the time he has to decide.

“I’m not sure yet whether I would go or not,” Sanca said. “I would have to really think about that personally for myself. I would have to listen to the recommendations of our Olympic Committee and see what they say.”

Chasing an Olympic dream is a singular pursuit that requires a broad base of support from family, friends, coaches, and sponsors, but this summer’s competition may be a solitary experience for athletes. Five of the six Olympic hopefuls interviewed said that they either have or might dissuade their nearest and dearest from traveling so as to minimize exposure to threats—primarily Zika, but also Rio’s pollution and high crime rate.

“I’ve decided to dedicate my life to this,” said double sculls rower Ellen Tomek, who competed in the 2008 Beijing Games. “It’s very important to me to follow through with the competition, no matter the circumstances. It’s what I want to prove. My parents didn’t choose this, my sister didn’t choose this, and so it’s great, yeah, I want their support, but it is scary.”

“If things continue to escalate, I almost just want [family and friends] to stay home, watch it on TV,” Tomek’s boatmate, Meghan O’Leary, said. “That’s too bad because this journey is not just you. It’s all the people that have supported you along the way, and they want to be a part of it.

“[With] things like this, you don’t want to be selfish and put people that you care about at risk. I don’t want anyone getting sick on my behalf.”

The lone dissenting voice was U.S. triathlete Gwen Jorgensen, who was especially bullish about overcoming possible Zika and pollution obstacles, saying her “family and friends wouldn’t miss the race for anything” while noting that no one in that group is or is likely to be pregnant anytime soon.

“I will focus on my race and what I need to do to perform on race day,” she wrote in an email. “It is silly to waste time and energy worrying.”

Aedes aegypti larvae in a fishbowl

Other professionals scheduled to make the trip, such as media members, might scale back plans to bring a spouse or add some sightseeing. Associated Press gymnastics writer Will Graves, for instance, said he still plans to go—it helps, he noted, that his sport is indoors and there’s typically little leisure time spent outside the gymnasium or hotel—but his wife now has “major reservations” about joining.

“We were hellbent on making plans about a month ago,” Graves said, “and now we’ve hit pause on it.”

Graves added that airfare prices have dropped by hundreds of dollars in the last six weeks, which suggests a widespread fear may be driving down the number of likely travelers. Two years ago, when Brazil swelled with an estimated 600,000 foreign visitors for the 2014 World Cup, the International Olympic Committee projected 480,000 tourists for the Olympic and Paralympic Games in 2016. It now appears that number could decline precipitously.

Providing a glimmer of hope is the timing of the Games. August is in the middle of the Southern Hemisphere’s winter, when the drier and cooler weather will depress mosquito populations. “These are the same mosquitoes that transmit dengue which is endemic to Brazil,” Douglas Norris, a Johns Hopkins molecular microbiology and immunology professor affiliated with the university’s Center for Global Health, wrote in an email. “I’m sure the Brazilians will implement extra mosquito control, but by the time of the Olympics, mosquito numbers will be naturally very low if almost non-existent.”

And the Games are still more than five months away. That might be long enough for Brazil to eliminate most of the Aedes aegypti mosquitoes in and around Rio’s Olympic venues, said Dr. Peter Hotez, dean of the national school for tropical medicine at Baylor College.

“We’re not going to reduce the risk to zero—that never happens—but if you’re willing to commit the resources and human capital and energy needed, I think you can make the Olympic Games safe,” Hotez said.

Hotez noted that the region has a track record for doing so, citing a 1950s effort in which 18 Latin American countries eradicated the incriminating mosquito species through insecticide spraying and removal of standing water, where larvae breed. Hotez added that a concerted and, likely, expensive effort is needed to accomplish this. Thus far, Brazil has coined the mantra #ZikaZero and deployed military to educate people about the virus, as well as doing some initial spraying of sporting venues and Carnival locations.

(A group of Argentinian doctors recently posited that larvicide may be the true culprit in causing microcephaly, but Hotez disagrees, as do several other experts.)

Water testing conducted by the AP in July showed badly contaminated water with levels of “disease-causing viruses directly linked to human sewage at levels up to 1.7 million times what would be considered highly alarming in the U.S. or Europe.”

More recent tests have shown a more pervasive problem that includes water farther from shore—the middle of the lagoon for canoeing and rowing events had bacterial fecal coliforms at 16 times the amount allowed under Brazilian law. A German sailor, the AP reported, contracted MRSA, a flesh-eating bacteria, after an event in Rio.

Even lesser illnesses that might not risk an athlete’s long-term health could affect performance level. Tomek recalled advance warnings about Beijing’s air pollution as being akin to competing behind a bus’s exhaust pipe. That danger, she said, proved overblown, but she maintained that Zika and Rio’s contaminated water is “scarier.”

Lind said she already competes with long sleeves and a big hat for sun protection, which will double as a guard against mosquitoes, and all the athletes said they’d wear bug spray. O’Leary suggested that a company such as Off or Cutter step forward and become the Olympics’ title sponsor. (Juno Laboratories, a company based in Melbourne, has said it will provide the Australian contingent with its Bushman insect repellant.) Still, there is concern that sweat and/or splashing water will limit repellant’s effectiveness.

“It won’t take us out of wanting to compete, but there is that level of stress created that now, shoot, I put all this time in and something I cannot control might take me off my game,” O’Leary said.

Since Brazil was awarded these Olympic Games in 2009, seven years and billions of dollars of inertia negate any realistic possibility of moving the competitions.

“We’re all reading the articles, we’re all obviously concerned about the situation—not only are we facing water with high-pollution levels, viruses, and bacteria—but we compete in water where mosquitoes like to hang out,” said O’Leary, who is the female athlete representative of U.S. Rowing’s board of directors.

“As rowers, canoers, kayakers, triathletes—everyone who competes in these water-based venues—you’ve got not one serious thing, but two, to consider as you’re preparing for wanting to perform at 100 percent. Either one of those will knock you out and be a severe detriment to your performance level.”

The U.S. Olympic Committee has been in regular contact with the national governing bodies of each sport to provide information as it develops and hired two infectious disease specialists for consultation. Sauerbrunn said that the head doctor of U.S. Soccer flew in for a meeting, as well as another local expert who visited their training site in Houston. Zika was a “major topic” of conversation on the women’s team, she said, particularly as it related to the timeframe of risks related to childbirth.

The athletes, by and large, are putting their trust in the IOC and the national committees to protect them with supplies—repellant, mosquito nets, long sleeves, and air conditioners so that windows can be kept closed—and with information. Sanca said the athletes will probably be safest because of those support systems and the resources available in the Olympic Village.

For now, each of these athletes is still working to qualify for the Games, which could be marred by these outside factors.

“If I don’t go, it’s not the end of the world because I’ve been a couple of times before,” said Lind, who is recovering from back surgery, “but I just feel bad for these athletes who this may be their only shot—this may be the only time they make or could make or will make—and it’s overshadowed by some major, major issues.”