A 100% Complete And Totally Important History Of Google Doodles

Google Doodles might not be the history teacher you want, but they're the one you need 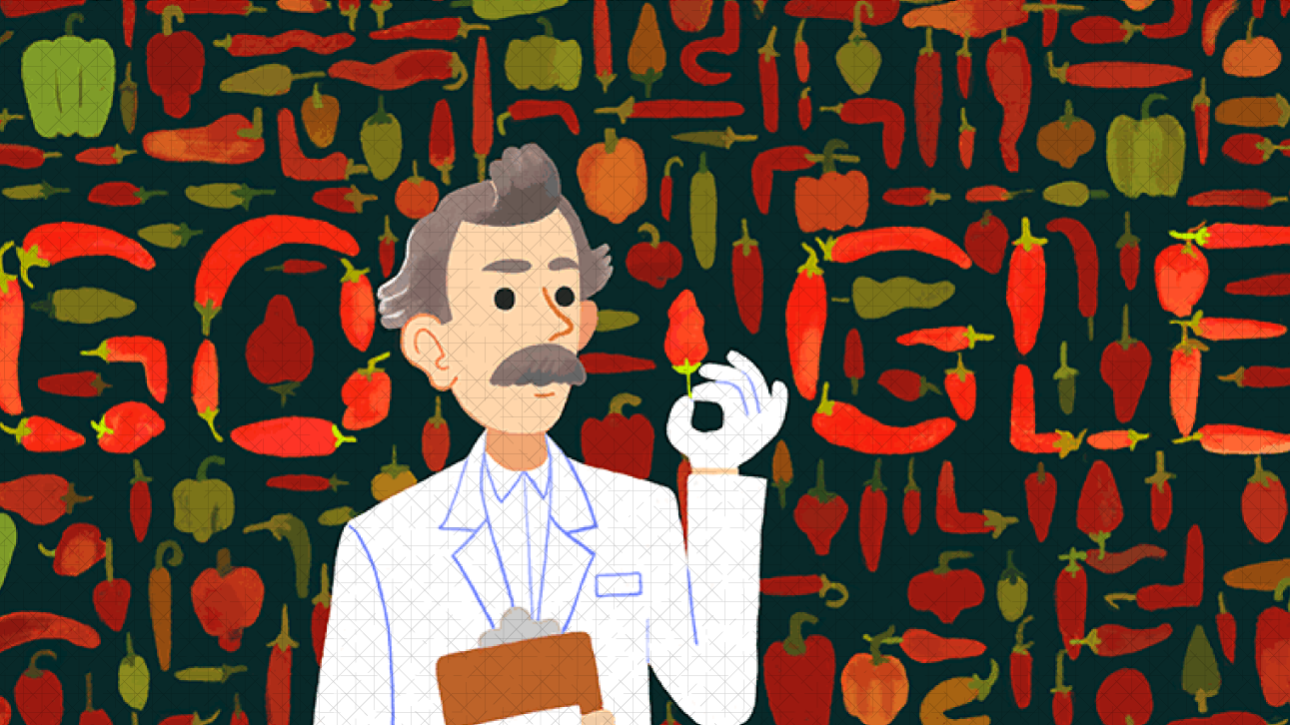 You don't know it, but Wilbur Scoville saved you from many scoldings. — (Google)
By Brian Patrick Byrne and Leon Markovitz
Feb 19, 2016 at 1:53 PM ET

In a few billion years, after the sun burns out and the last remaining humans perish on Earth’s icy surface, a Google Doodle will probably still be reminding anyone who’s left about whose birthday it once was. The Doodles, once an occasional break from the norm, are now an almost daily embellishment. So naturally, Vocativ analyzed the full 18-year history of Google Doodles and discovered there’s nothing the Doodle team loves to celebrate more than the birthday of an obscure historical figure you really ought to, well, Google.

Google Doodles have already marked 13 birthdays in 2016, and unless you’re a history buff (or someone with access to Google) there’s a good chance you’d have no idea who any of these people were. If you visited the Google homepage on January 12, you’d know it was the 388th birthday of Charles Perrault, a French author who turned popular folk tales into the books Cinderella, Sleeping Beauty and Puss In Boots, centuries before Disney got his hands on them. If you opened Google.com on January 22, you’d have learned it was the 151st birthday of Wilbur Scoville, the guy who figured out how to measure a pepper’s “heat,” and was also one of the first to point out that if your mouth is burning from a hot pepper, you should drink milk rather than water or beer (an exemplary contribution, we think you’ll agree).

Google Doodles have been employed to celebrate 746 birthdays since the first ever Doodle was posted on August 30, 1998, accounting for 28 percent of all 2,655 Doodles released both nationally and worldwide to date. Because it’s the internet, some of those Doodles have managed to piss off a lot of people, such as on March 31, 2013, when, instead of marking Easter, Google chose to celebrate the posthumous birthday of Mexican American activist Cesar Chavez, who helped unionize 50,000 field workers in California and Florida. Or on September 13 2007, the beginning of the Jewish holiday of Rosh Hashanah, when Google honored the birthday of children’s author Roald Dahl, who some believed was anti-Semitic. Google reportedly removed that Doodle on the same day, and Vocativ could not include it in our analysis as it is not listed in Google’s Doodle archive.

However, it’s not like Google’s Doodles ignore holidays entirely for the sake of an impromptu history lesson. Since 1998, 13 percent of Doodles have celebrated independence and other national days, 8 percent have marked Olympics or world cups for soccer, rugby, cricket and skiing and another 6 percent were set aside to commemorate anniversaries. And they have evolved: While the first ever Doodle featured a simple stick figure behind the regular Google logo, used by Google founders Larry Page and Sergey Brin to tell their colleagues they were at Burning Man, thus creating the most badass “out of office” reply, ever, Google released its first ever playable Google Doodle to celebrate the 30th anniversary of the release of Pac-Man on May 21, 2010. Doodles have also become infinitely weirder, like the time Google marked the 86th anniversary of Japan’s first radio calisthenics broadcast by releasing a video of Japanese people doing calisthenics while dressed in the letters of the Google logo.

That one was only available in Japan.