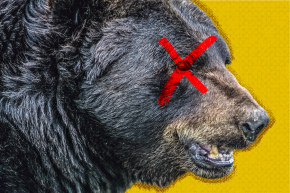 Bad News, Bears: Hunting Is On The Rise
By Allee Manning

Bad News, Bears: Hunting Is On The Rise 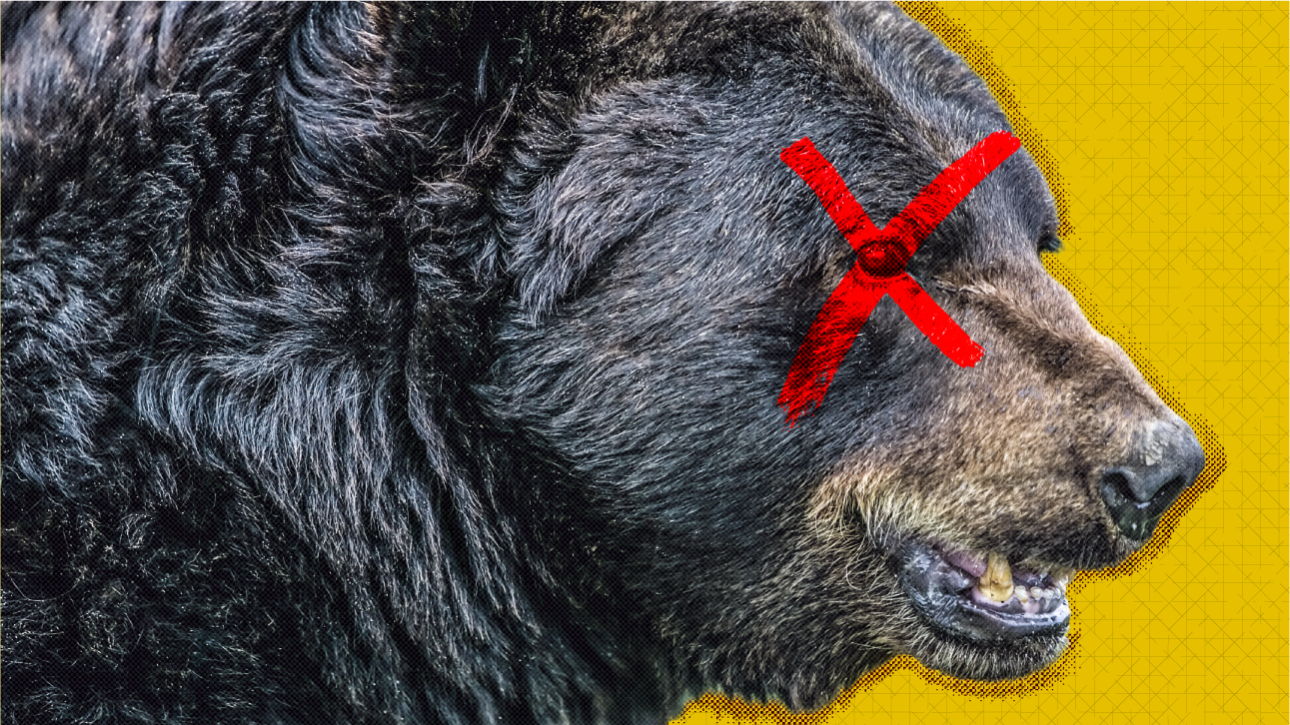 Last year was pretty good for U.S. bear hunters—and therefore not so great for bears. As bear populations continue to rise in some parts of the country, they have become an increasingly popular trophy for hunters. Killing them in the name of conservation has also risen in popularity (even as it remains controversial). Whether or not nature needs a hand killing more bears, humanity is rising to the challenge—bear kills have increased by a factor of five in the last 25 years. That’s a lot of rugs.

Despite being a favorite target for hunters, black bears are actually doing pretty well in North America. In recent years, their population has hovered around 900,000 across the continent, with a little over half of those living in Canada. There are more black bears than all other bear breeds worldwide combined, and they are the only breed of bear in the world currently considered to be “secure across its range” (i.e. not endangered). That might explain why states like Florida and Louisiana, where bear hunting has long been illegal (largely because they’re at the southernmost reaches of current bear territory and the populations are tiny), have become increasingly interested in reviving the tradition.

In Florida, last year’s hunt—the first in 21 years—had to be called off after its second day due to unexpectedly high kill numbers. Had the hunt continued at thesame rate, one fifth of the species’ total population in the state would have been killed in that year’s hunt. For this reason, bear biologist Lynn Rogers feels it’s important that bear harvest quotas and limits are closely monitored.

Wish we could hunt Idaho bears again this spring but hopefully next year! #fbf to 2015 and Mike’s first bear! He was by himself and wolves were in the canyon below him! #core4element #idahohunting #WAhunters #bearhunting #backcountry #badlandspacks

Rogers, a leading bear biologist and founder of the North American Bear Center, recalls a time when black bears were considered vermin in Minnesota. When he first began his research in the state in 1969, he recalls locals telling him, “The way you handle a bear is that if one comes through your yard, you don’t shoot it to kill it. You ‘gut shoot’ it. Then you don’t have to report it or drag it off, it goes off somewhere else and eventually dies and the problem is gone.” After watching one of his test specimens die thrashing in the snow at least half a year after being shot, he dedicated his life to finding a more humane solution to keeping bear populations in check.

Rogers believes this can be achieved through humane techniques, like fair chases and quick kills. He’s also opposed to trapping, trophy killing, and hounding, which can inspire negative attitudes towards the species, and spring hunting, which can leave orphaned cubs entirely defenseless.

Today, some question whether regulations in some states are taking hunting in the name of conservation too far, setting the practice down a dangerous course. According to the Born Free Foundation, black bears can be legally hunted in 27 states, though season lengths and approved practices like bear baiting vary. “People do make mistakes and allow too many bears to be killed and reduce the population,” Rogers said.

Among the states counting an upswing in bear tallies is Pennsylvania. The state boasted its third biggest bear harvest on record last year with 3,748 total kills. More than 70 percent of these kills occurred within the four-day rifle hunting season. (That’s 937 bears killed a day, something of a frenzy.) Similarly, the total number of bear kills rose 15 percent from 2013 to 2014 in Wisconsin, and a record number of hunters selected from a record number of applicants were granted bear harvest permits last month. In West Virginia, the bear harvest totals hit a new record in 2015—a full 17 percent increase from the state’s previous record. Last year, Kentucky saw a record bear hunt that exceeded the state’s measly quota of 35 by about 13 percent, causing some to question whether or not the hunt itself was even necessary.

“I know a lot of states want to get a hunt going as soon as they can so that it’s a tradition,” Rogers said. “It was only a few decades ago that [Kentucky] started to have a [bear] population again. I don’t know why they’re holding a hunt anyways when there’s so few bears that 35 is all they can make for a quota. I would ask the question there has the bear population really filled its habitat yet.”

Environmentalists at the state’s Humane Society agree, arguing that the current practice isn’t sustainable and that more bears than are counted are likely dying from wounds inflicted during the state’s archery portion of the season.

“Kentucky almost immediately instituted a bear hunt just as soon as they found out they had rising populations,” said Wendy Keefover, Native Carnivore Protection Manager of the Kentucky Humane Society. “The bear hunt in Kentucky is premature, and given that there are two very small recovering populations, it’s a huge conservation problem.”

And even as kill rates continue to rise nationwide, some states are looking to do more to keep bear populations in check.

In Colorado, one lawmaker is pushing to expand the state’s hunting season in order to curb the public safety issue posed by bears. A study by Colorado Parks and Wildlife cited an uptick in human-bear conflicts in recent years, with three people injured by bears last summer. Similarly, officials in Maryland and Arkansas are currently considering increasing the geographical locations in which bear hunts are permitted to two more counties as nuisance complaints and sightings rise.

“Bear attacks are so uncommon but they get so much publicity that they mischaracterize them,” Rogers told Vocativ. “There are maybe 40 people killed by dogs for each person killed by a bear…and they’re still man’s best friend. Most [bear] attacks or bites occur out of fear.”