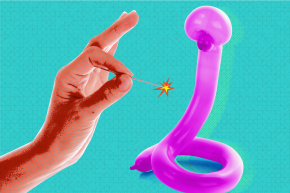 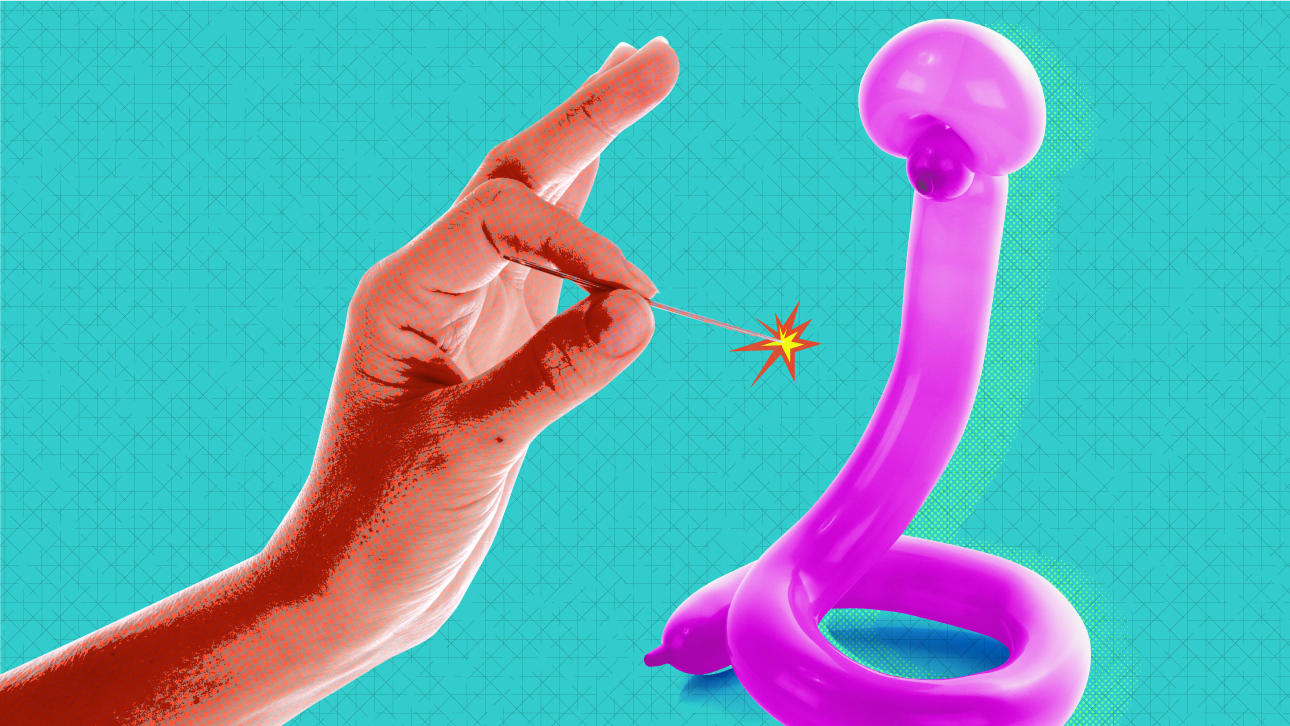 In the caption, he elaborated, “Pray for the kid im going under anesthesia. Spend the night here tonight. To get my shit drained won’t go down … .”

The video was followed by a series of photos (very NSFW) published by Strong on Facebook, including a shot of him looking teary-eyed in a hospital gown and cap, and a closeup of his bandaged penis with two large needles sticking out of the tip. It was accompanied by a backdrop of blood-soaked gauze. In captions on the photos, he explained that he used Caverject, or “caberjack,” as he called it, an erectile dysfunction drug that is injected through a needle into the penis.

Strong’s experience reveals a little talked about problem in the adult industry: the use of drugs like Caverject to achieve powerful, long-lasting erections—and the decidedly unsexy problems that abuse of these injections can cause. That includes a painful, persistent and unwanted erection that lasts for several hours, a condition known as priapism, which can result in permanent erectile dysfunction.

“It’s akin to having a heart attack of the penis,” said Tobias Kohler, an associate professor of urology at Southern Illinois University. “The blood stops flowing, so then the muscle tissue in the penis dies, because there’s no oxygen going to it.” The treatment, as in Strong’s case, can include draining blood from the penis, through needles or surgical incisions.

Strong isn’t the first performer to go public with a story of injectables gone wrong—he joins performers Rusty Stevens and Michael Stefanos, who reportedly retired following a bad experience with Caverject. Danny Wylde, who used both Cialis and the similar injectable Bimix landed in the hospital on three separate occasions with erections that would not go away. Finally, a doctor told him that if he kept it up, so to speak, he might lose his ability to get an erection entirely. He quit performing the next day.

Several porn industry insiders tell Vocativ that use of injectable erectile dysfunction drugs, which require a prescription for legal use but are sold online without a prescription, is not uncommon among male performers, although it’s rarely talked about. A Vocativ analysis revealed that the generic form of Caverject, alprostadil, was readily available in illegal dark net drug markets, typically priced at around $500 for a 500mL vial. Single dosages of alprostadil range from under 60 mL to over 100 mL. “It is a very potent drug with serious side effects, and it has become more widespread today than it was ten years ago, but still no performer will ever admit to using it,” said Axel Braun, a director who has been in the business for more than two decades.

How does he know if no one actually cops to it? “The giveaway is the classic ‘I’m gonna go brush my teeth’ right before the sex scene starts, which justifies them carrying a small ‘toothbrush’ pouch, which in fact contains the injection kit.” He’s also witnessed first-hand the damage the drug can do: Several years ago, a male performer secretly injected Caverject during one of his shoots and had to go to the hospital to have the blood drained from his penis.

Performer Derrick Pierce said he’s never actually seen anyone inject Caverject— of which he said, “That’s some evil stuff”—but has heard second-hand horror stories on-set and once saw a fellow male performer have to stop a scene because he was bleeding from a small needle prick on his penis.

But, regardless of the genre, all men in the industry deal with an enormous amount of pressure to perform. Not only must they get an erection on-demand, but they have to be able to maintain it for extended periods of time, often during physically taxing and awkward situations. Pierce, who says he keeps Viagra on hand but has never used Caverject, sympathizes with the pressure that might lead to using the drug. “All of us have had a bad day before where it doesn’t matter what we do, it’s not going well,” he said. “You’re only as good as your last scene, you know? People will give you a pass, but only up to a certain degree.”

Kohler says it dangerous to treat a drug like Caverject so casually. When he first prescribes it to a patient at his clinic, he has to guess, based on a number of complicated factors, how much to inject. He then has the patient wait in the clinic for up to two hours to make sure that the erection is going away. “Even in controlled doctor settings, where we’re pretty experienced in guessing what dose to give these individuals, I’d say it’s not an all too uncommon event for a man to develop priapism,” he said, which requires an injection of adrenaline to reverse.

That’s not even the end of the precautions he takes: The patient has to come in a second time, Kohler says, “where [the patient] will give himself the injection to prove that he can do it correctly.” Then he again monitors the patient’s response. Kohler also has his patients sign a contract stipulating that they will seek immediate medical attention if they have priapism and that they are aware of the risks. Suffice it to say, he says it is not the sort of drug that should be taken without responsible medical guidance.

In Strong’s case, it appears that surgery, which Kohler says comes with significant risks, was required—and that it saved the unusually large member that has made his career. “I can walk im not dying my dick is fine,” he wrote on Instagram, adding a “100” emoji. But Strong, who said on social media that he took Caverject in the first place because he let “the money blind [him],” says he’ll be out of work for a month, which is a big deal for a porn performer working as an independent contractor. As for the well-wishers sending him emails and direct messages on Instagram, he wrote, “shit send some concern money,” followed by emojis of stacks of money and bags of cash.