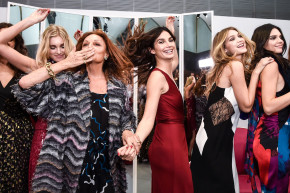 At DVF, A Supermodel Dance Party Is The Stuff Of Legends
By Jennings Brown

At DVF, A Supermodel Dance Party Is The Stuff Of Legends

Maybe more designers should ditch the runway for a conga line 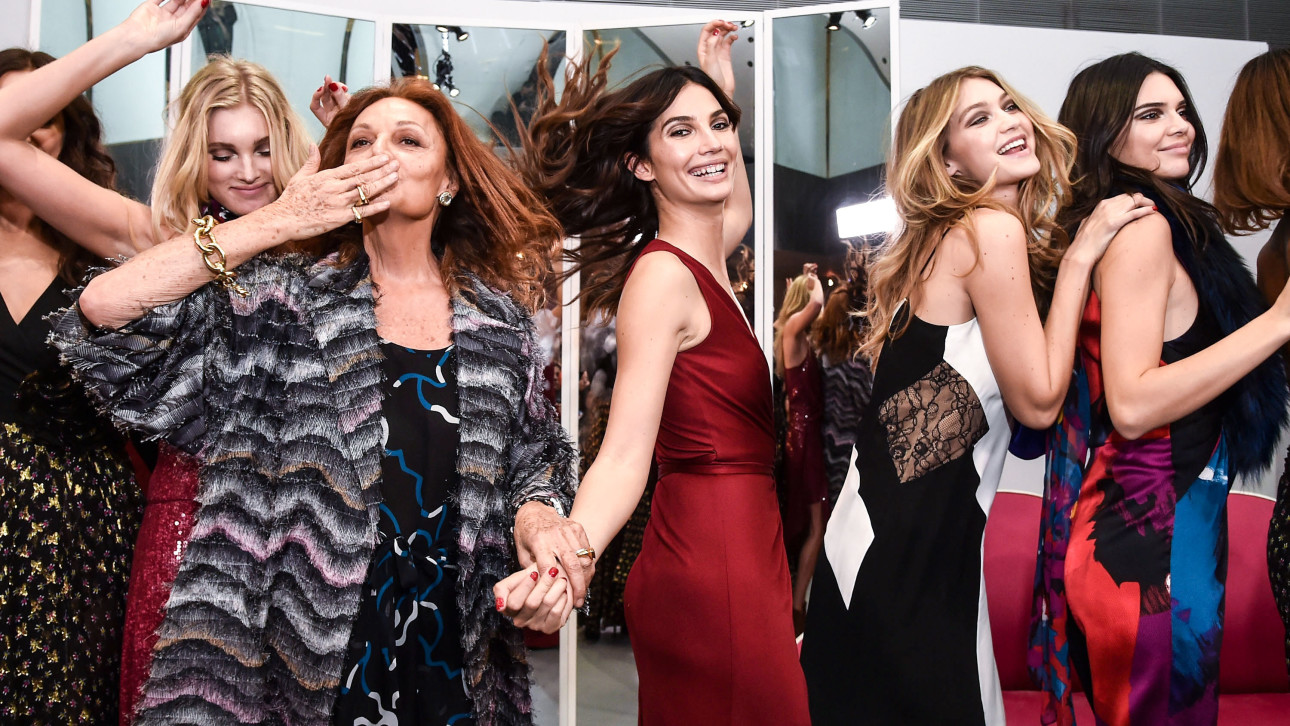 If you could get some of the most celebrated models in the world together, would you make them walk emotionlessly down a runway or would you throw a dance party? Diane von Furstenberg chose the latter. That was the right move.

Vocativ analyzed all tweets and Instagrams from day four of New York Fashion Week to determine which designers garnered the most mentions, and Diane von Furstenberg was name-checked far more than anyone else on Sunday. Her collection won over the crowd, and the company’s decision to upend the traditional industry model—wherein clothes presented during Fashion Week don’t make it to stores for roughly six months—and instead sell several runway pieces immediately after the show, no doubt propelled the designer’s buzz. But it was the show itself, and not the business behind it, that made DVF win everyone over.

When attendees filed into the DFV headquarters where the show was held, they found models like Gigi Hadid, Karlie Kloss, Kendall Jenner, and Jourdan Dunn—and even von Furstenberg herself—dancing along to soul and funk classics. As about a hundred people gathered around and took pictures of a supermodel conga line, one retailer joked, “This is going to break the internet,” according to Vogue. And while that was a bit of a stretch, the show garnered the most buzz of NYFW so far, outside of Rihanna’s Fenty x Puma collection.

Victoria Beckham got the second-most social media mentions, with her collection that focused on various looks that reflected the designer’s personal style evolution. Monique Lhuillier was the third most popular on social media, thanks largely to posts from Katherine McNamara at the show. The actress has consistently had some of the most liked tweets and Instagrams of Fashion Week, cementing her status as a social influencer.

But on Sunday, McNamara wasn’t nearly as popular as CL—the K-pop icon who has become one of NYFW’s breakout stars—who was mentioned more than any other non-designer.