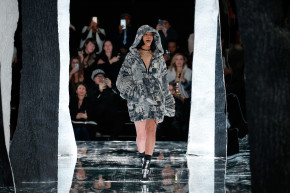 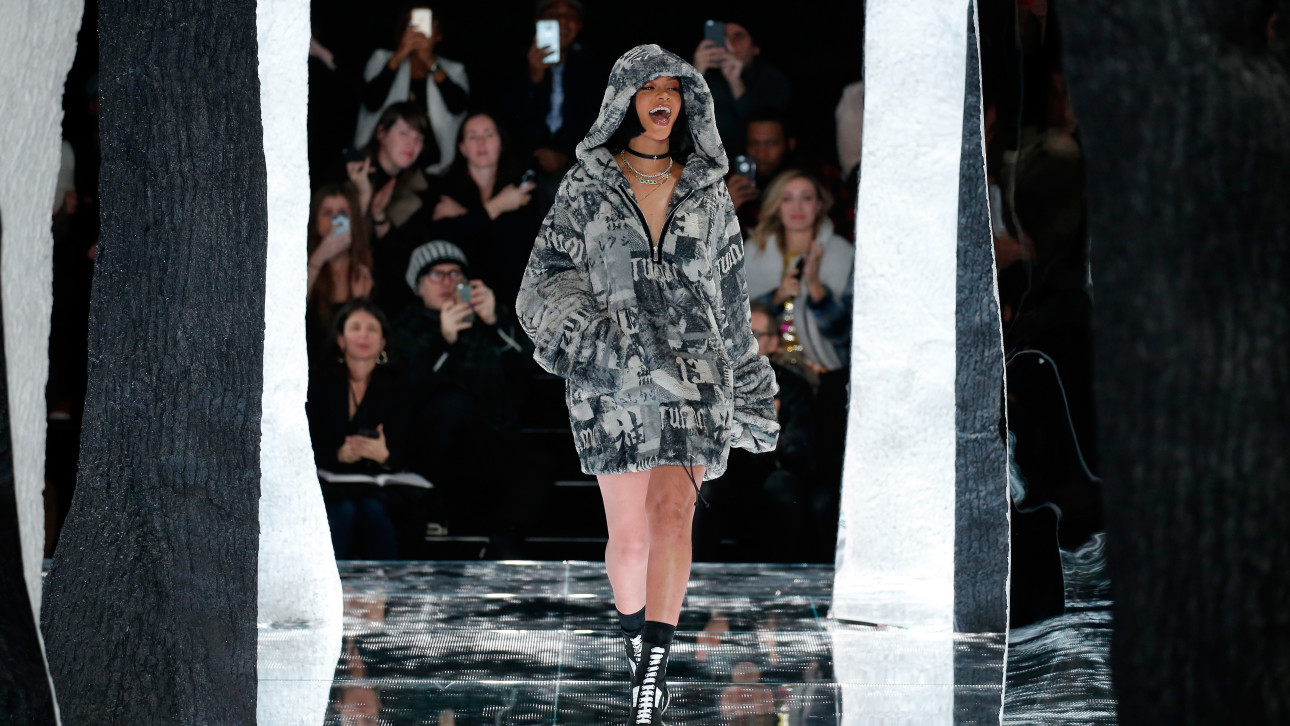 More than any other designer at New York Fashion Week, Rihanna was the hottest topic of conversation yesterday—she even surpassed Kanye West in terms of captivating the crowds.

Vocativ analyzed all tweets and Instagrams that included NYFW hashtags or were posted at Fashion Week venues during the second day of the event and determined that Rihanna and Puma—the brand she has collaborated with for her Fenty x Puma line, which debuted yesterday—got the most mentions of the day. In fact, Rihanna was mentioned more than twice as much on day two of Fashion Week than Kanye was on day one. Even Puma got more focus than the Yeezus.

While Kanye clearly won the social media popularity contest at the very beginning of the week by premiering Yeezy Season 3 along with his new album “The Life of Pablo,” the spectacle seemed to outshine the actual clothes. At Rihanna’s showcase of her Fenty x Puma collection, all the focus was on the artist and fashion. Not only were Rihanna and Puma mentioned the most on social media, Rihanna’s tweet about the show was retweeted more times than any other NYFW-related tweet, and the hashtag #fentyxpuma was by far the most popular hashtag of the day.

In terms of attention, actresses Katherine McNamara and Arden Cho were the co-runners up. The two friends drew a lot of focus every time they posted pictures of themselves together. And one seasoned designer managed to get enough social media buzz to compete with musicians and actresses—Tadashi Shoji got the fourth-most mentions, thanks to his Friday morning show.