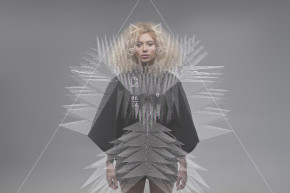 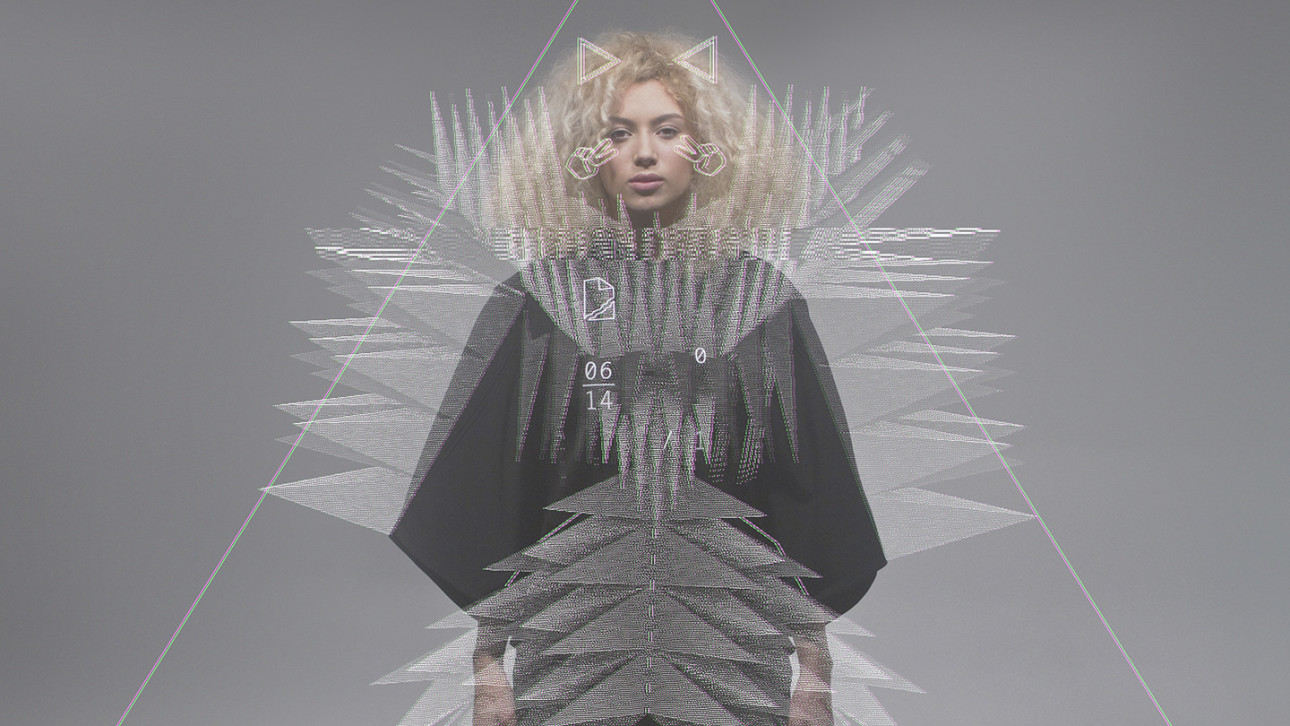 In the not-so-distant future, fashion models may wear nothing at all. The real couture would be the threads of code at play in devices—like Microsoft HoloLens or whatever rises from the ashes of Google Glass—worn by journalists, fashionistas, and celebrities, projecting elaborate outfits onto the models’ bodies.

At least, that’s the vision of Cedric Flazinski, co-founder of the French art collective Normals and co-developer of Apparel, a new app that designs digital clothing based on your social media data.

Once you give the app access to your Twitter feed, it uses the API to generate three shirts that represent your personality. Certain words, emojis, punctuations and sentiments guide the design. Say you tweet a lot about yourself—your digital chest might inflate. If you do a lot of mansplaning and tweet more authoritatively, the shoulders will grow. If your posts are cute and kind, your shirt might have a lot of cats and birds. Based on the number of animals on one of my shirts, my Tweets are more twee than I realized. 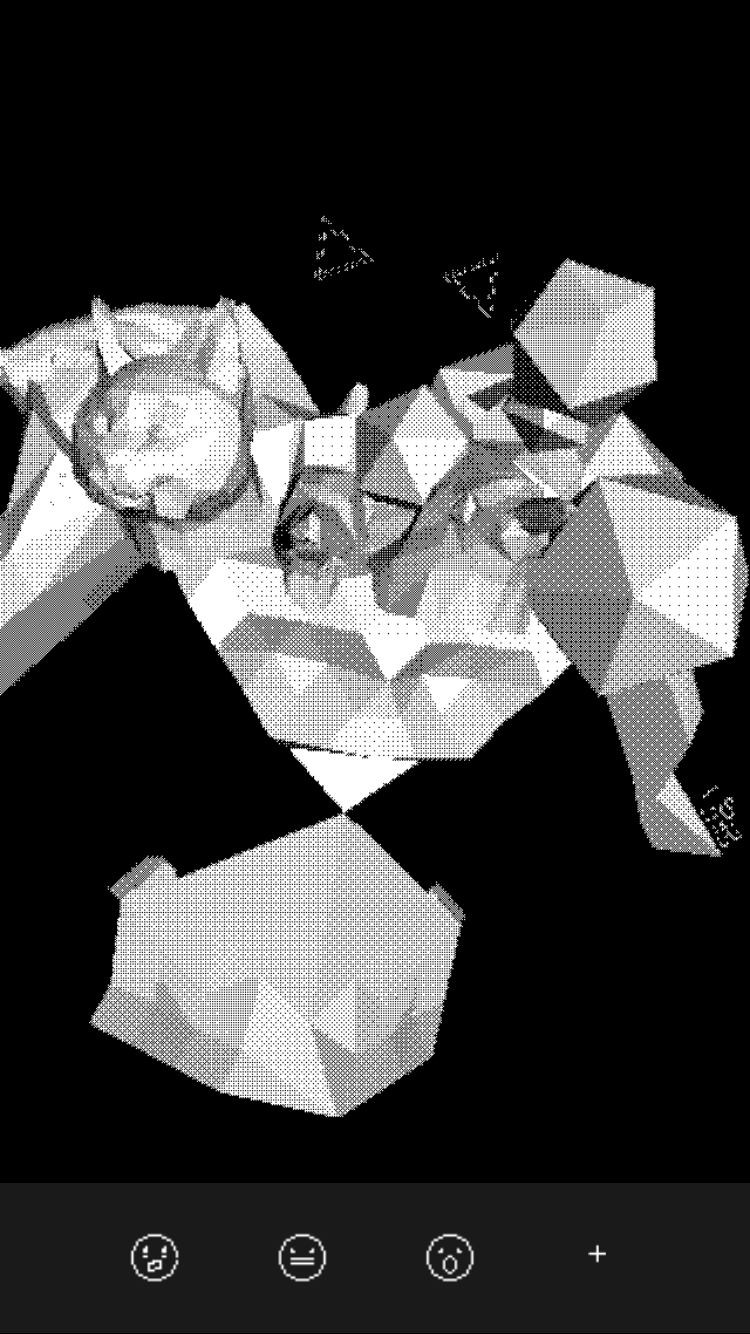 “It’s more of what you’d call a psyhcosocial profiling. It’s kind of related to the Jungian archetypes. It’s how you address others and relate to others, because this is the point of connection to fashion that we find online,” Flazinski said. “We’re not trying to better the world of fashion. We’re only reacting to more and more augmented reality. Big actors like Apple, Google and Microsoft are really interested in allowing everyone to see digital information in the environment.”

meta: tweeting about our piece of AR clothing that changes as it reads our tweet pic.twitter.com/y8BB6FKZlS

More The Future of Fashion Is 3D

The craggy blobs you see in the app are a far-cry from Alexander Wang. But soon the app will be able to pull more data from Facebook and other sources, and the design will likely get more sophisticated. “Right now it’s more a theoretical piece, of course,” Flazinski said.  “But we’re ready, if we got some funding, to organize a proper fashion show around augmented reality. That would be amazing.” 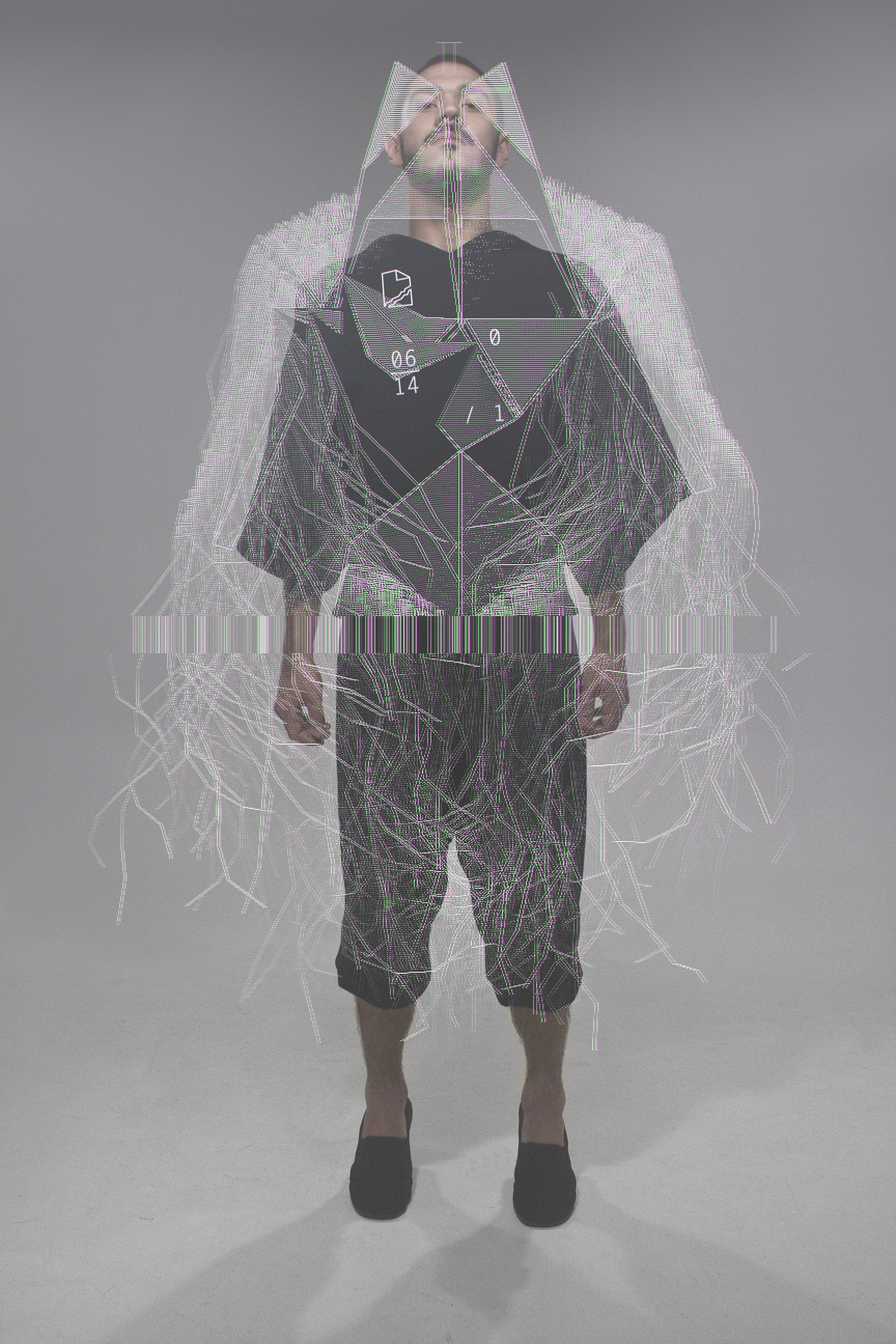 A rendering of a future version of the Apparel app

If New York Fashion Week is any indication of what the future holds, then Flazinski’s vision of fashion might not be that far off. When he saw recent photos from the event one thing stood out as prominently as the fashion: Most people were watching the shows through their phones as they took pictures and videos to share on social media.