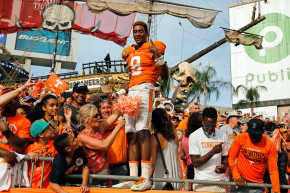 In the wake of a string of sexual assault allegations and lawsuits, UT fans stand by their precious football players 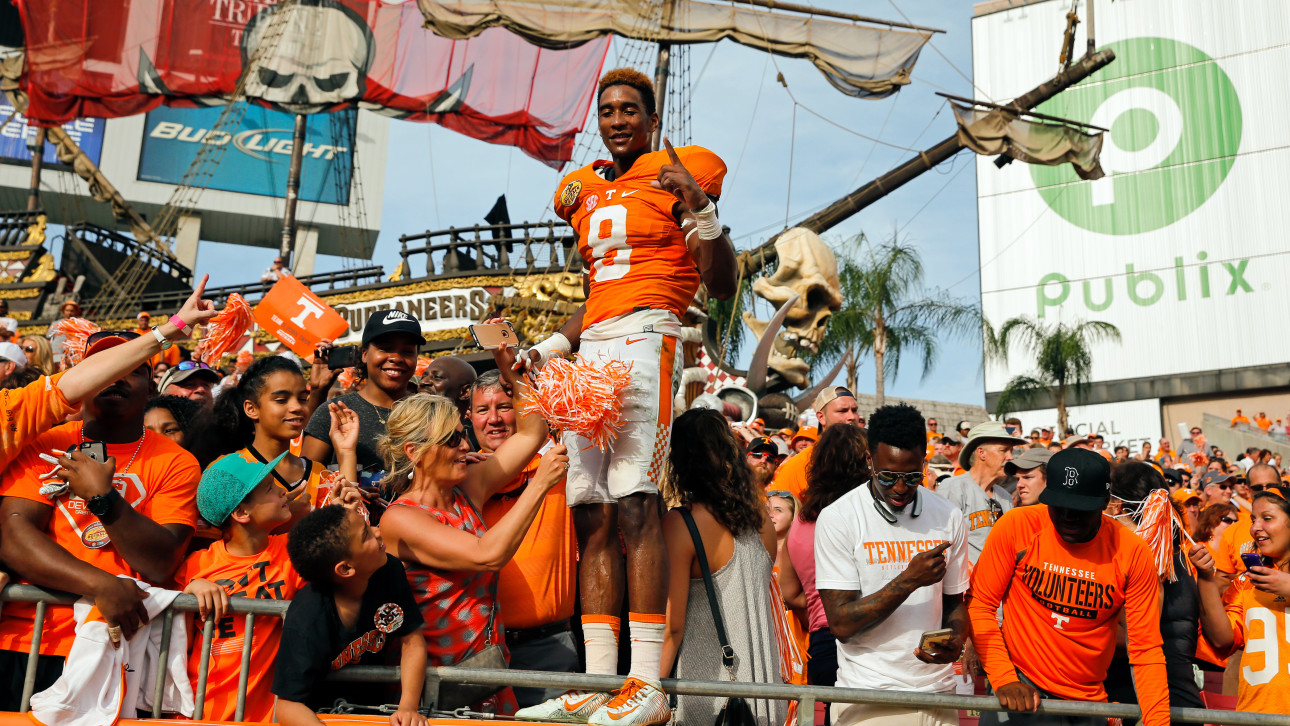 Five University of Tennessee football players have been accused of sexual assault dating back to 2013. Former players AJ Johnson and Michael Williams will stand trial this summer. Six women filed a federal lawsuit against the school on Tuesday, claiming the adjudication process by which UT reviews sexual assault cases involving athletes is biased against the alleged victims. The suit claims football players “jumped” another player for coming to the aide of a woman in the hours after she says she was raped.

In short, the women involved claim that UT fosters an environment where sexual assault by athletes is tolerated, that the school systematically dismisses allegations of sexual assault with purposefully lengthy investigations that support athletes and silence victims, and that administrators and coaches are complicit at best in the situation.

For human beings with a heart, soul, conscience, or compassion, this is enough to boil blood, and it is indeed boiling the blood of Tennessee fans, but for very different reasons. Since the lawsuit was filed on Tuesday, the Vols faithful have dusted off their law degrees and PhDs in gender studies to flood Rivals.com message boards with a fierce and singular rebuttal: How dare these hussies threaten our precious 6-6 football team!

Vocativ read the Rivals Tennessee fan forum “The General’s Quarters” to get a sense of what Vols fans are feeling after their favorite team was accused of being a rape factory. Let’s kick things off with a little victim blaming:

Drae Bowles is the player who the suit claims was assaulted and harassed by teammates for aiding a woman raped by a football player. The school denies this happened, and Bowles has publicly denied it happened, which is what someone who wants to stop being harassed for “snitching” would say. Here’s what Rivals user SabVol has to say about all that:

ESPN’s Outside the Lines tackled the Tennessee suit on Wednesday, which didn’t go over too well with Vols fans either. After all, it’s a known fact that OTL and ESPN are out to get everyone who isn’t gay or transgender:

And lest you think any of these so-called “journalists” “reporting” “stories” have even a single valid point about college football and rape culture, here’s a fake quote from 63 years ago to refute that idea:

In fairness, there are Vols fans with reasoned takes raising legitimate questions about the situation. Unfortunately, they got lost in the mob. Still, in a post titled “Fan Behavior RE: Sex Assault Lawsuit,” user Letsopens asks “Can we all agree to not turn into FSU fans circa 2013-14?” to which user clad_in_big_orange responds “Probably best if we all stfu.”

So woke, clad_in_big_orange. So woke.