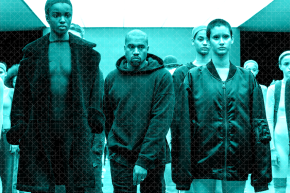 A sartorial odyssey ten years in the making 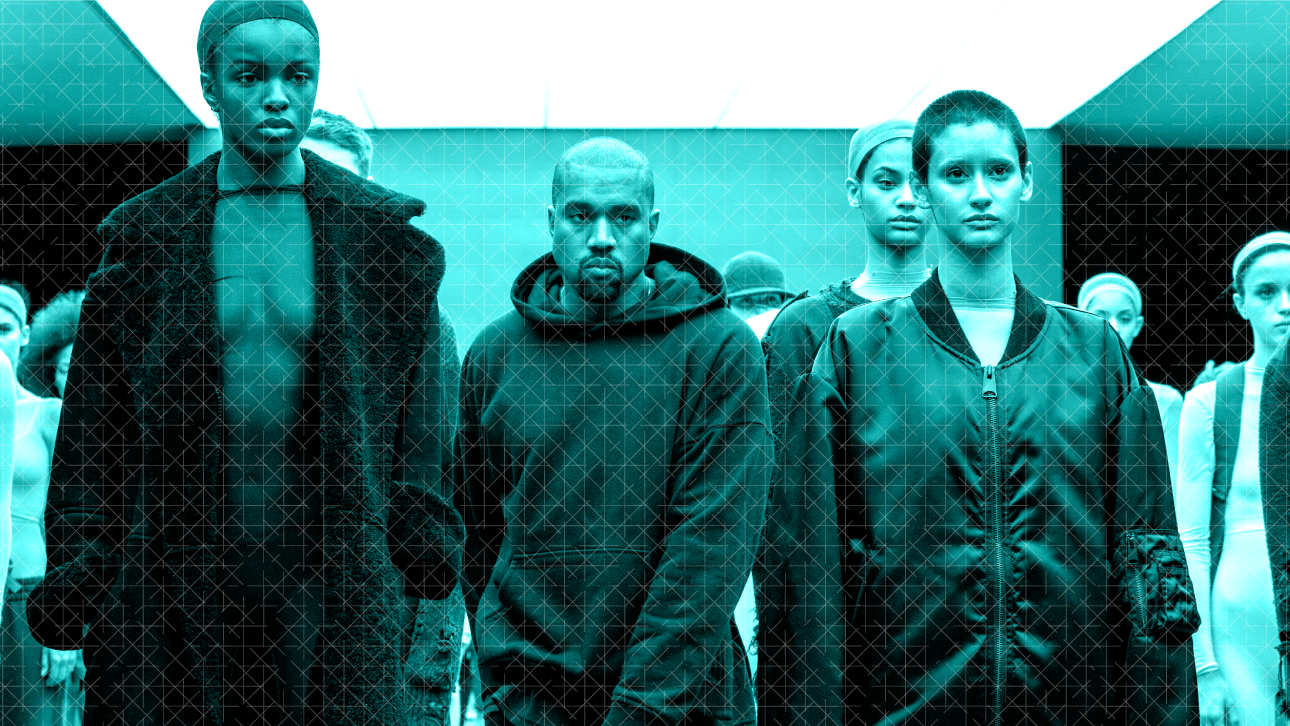 Kanye’s come a long way since he first appeared on the hip hop scene as a preppy, self-proclaimed Louis Vuitton don. Now he’s one of the biggest musicians in the world, and if selling out Madison Square Garden for his Yeezy Season 3 fashion presentation is any indication, he’s one of the biggest fashion designers, too. But this renown didn’t come quick or easy, especially not in the fashion world. It’s taken hard work, a true love of fashion, and vision.

If you look at Kanye’s first album, 2004’s The College Dropout, all these characteristics necessary to fashion success were already in place. On that album’s track “All Falls Down,” Kanye explained, “Man I promise, I’m so self-conscious / That’s why you always see me with at least one of my watches / Rollies and Pashas done drove me crazy.” He was label-obsessed fashion icon from the get go, wearing collared Polo Ralph Lauren shirts and a giant Jesus piece, while dropping references to Louis Vuitton in nearly every song. And it didn’t take long for his stylish eye and passion to pay off.

In 2009, his love for Louis turned into a sneaker collaboration that was facilitated by then-creative director and friend Marc Jacobs. But even before he hit the luxury market, Kanye dropped some notable brand collaborations, including a limited run of College Dropout–edition Nike Air Max 180s in 2006 and a “Dropout Bear” shoe for A Bathing Ape in 2007. And even when he wasn’t selling wares, he was setting trends. After he appeared wearing Alain Mikli shutter shades in 2007’s “Stronger” video, the slatted glasses were seen everywhere.

Around this time, he also picked up an internship at The Gap, where he was known as a hard worker who once “stayed until 12 a.m.” on a Friday. Next, he interned for Fendi, where he claimed the brand stole his idea for leather jogging pants, an injustice he quickly put behind him after he found success in his next collaboration, the wildly popular Nike Air Yeezy. Also released in 2009, these kicks started a frenzy for all things Kanye (an unworn pair sells for $3,000 today) that hasn’t subsided yet.

By 2010, Kanye’s fashion ambitions were moving full steam ahead. He collaborated with Philip Lim on clothing for Runaway, the short film Kanye created with artist Vanessa Beecroft to accompany his album My Beautiful Dark Twisted Fantasy. Around then, he met Louise Wilson, the late legendary Central Saint Martins professor who would become a close friend and influence. He would also begin to appear with Virgil Alboh, who became West’s creative director and a designer in his own right, launching successful lines Pyrex Vision and Off-White.

And then: Paris, October 2011. Kanye presented his very first runway show, but the debut was poorly received. In its show review, the Wall Street Journal said Kanye was just aping someone else’s style:

This Kanye West collection was so Givenchy-esque that it’s embarrassing that Givenchy designer Ricardo Tisci was an expected guest. Kanye, whatever your legal arrangement, cribbing is cribbing. Ten points off for copying the smart guy sitting next to you.

The musician was fighting an uphill battle; after one more show in Paris, he moved on and moved forward. In 2013, he designed an extremely popular capsule collection for APC. He also decided to leave Nike for the greener pastures of Adidas, claiming the former was boning him out of royalties.

Artist Wes Lang entered the picture too, designing controversial concert merchandise that included a Confederate flag T-shirt. During this period Kanye was also shed light on his earlier Polo Ralph Lauren obsession, proclaiming the designer to be his “daddy” and famously dismissing radio DJ Sway’s fashion line by explaining, “It ain’t Ralph, tho.”

Which brings us to Yeezy Season 1, an Adidas footwear and apparel collaboration Kanye debuted in February 2015 at New York Fashion Week to mixed reviews and complaints about prices but phenomenal sales. Though he’s since ditched Adidas as a partner in apparel (but not footwear—his new Yeezy Boost 350s are dropping this week), Kanye’s Yeezy line is going strong, boasting the aforementioned Madison Square Garden show and album release party, and event so attention-grabbing that it has forced more established designers to reschedule their shows. He may have had to fight to get this kind of respect, but by making power moves like that, Kanye clearly has all of fashion’s eyes on him. Which was what he intended all along.