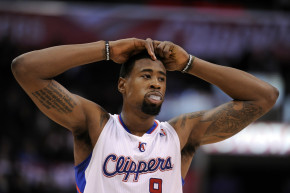 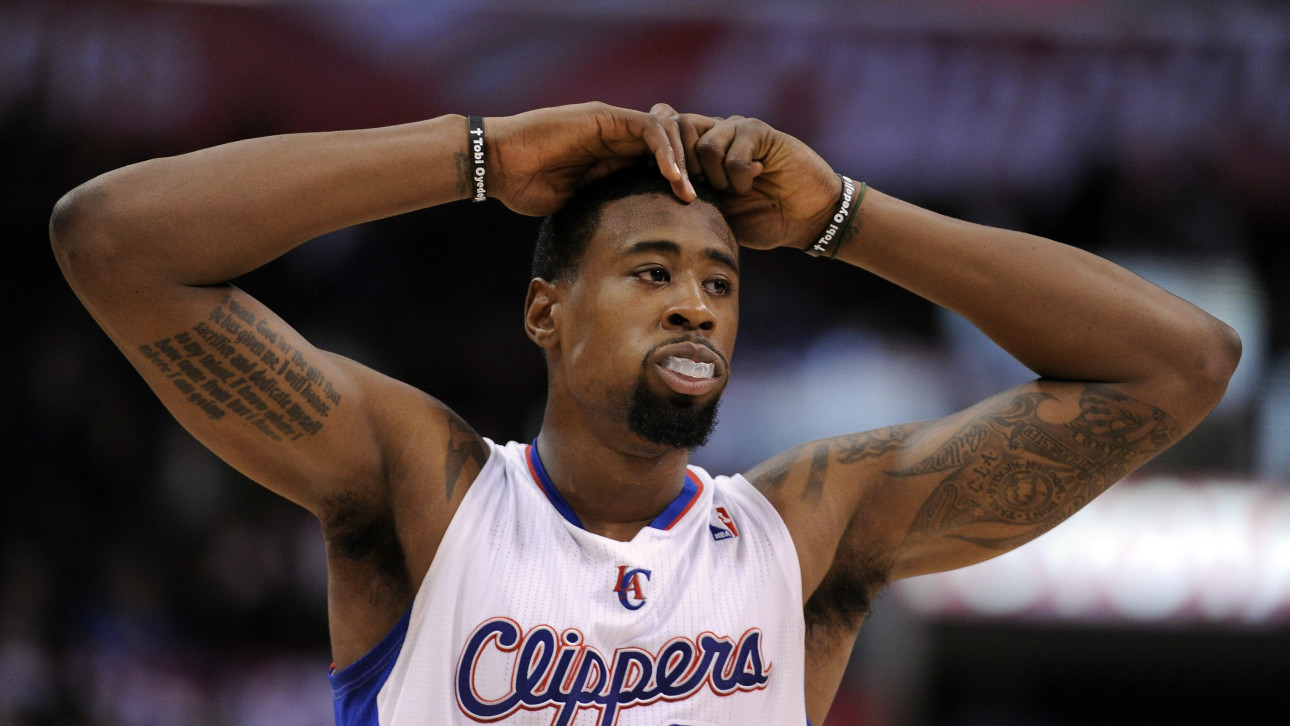 NBA shooters are having historic success from the free-throw line this season, yet two players, neither of whom could be confused with a shooter, Andre Drummond and DeAndre Jordan, are ruining their peers’ marksmanship.

The Pistons’ Drummond and the Clippers’ Jordan have been so poor from the charity stripe that they are dragging down the league-wide free-throw percentage by eight percentage points. As of this writing, Drummond is 144-for-412 (.350) from the line and Jordan is 164-for-392 (.418); subtract only those two players from the ledger, and the NBA’s free-throw percentage rises from .756 to .764, which would be a top-10 all-time mark and the second-best of the past quarter-century.

The pair’s notoriously poor free-throw shooting has even helped bring back en vogue the Hack-A-Shaq strategy, so named in honor of its first victim, Shaquille O’Neal. O’Neal at his free-throw worst in 2004-05 hit 353-of-765 free throws for a .461 clip, which sagged the league rate four percentage points. In other words, it’s a two-Shaq world now, as Drummond and Jordan are collectively responsible for doubling O’Neal’s negative effect on the league’s free-throw shooting percentage.

With that in mind, teams are happy to foul Jordan and Drummond with impunity and reap the rewards of their free-throw failures. Fans understandably loathe the strategy, which makes games long, choppy, and downright boring. However, a potential solution is on the table as the league announced Tuesday a new penalty for intentionally fouling a player inbounding the ball.

Fouling an inbounding player will now result in a delay-of-game infraction and possible technical foul. Beyond that, commissioner Adam Silver has discussed taking further steps to improve the pace and quality of the game.

On the flip side, the Warriors’ Stephen Curry and Klay Thompson are such prodigious three-point shooters that they have raised the league’s long-range conversion rate by two percentage points. The pair playing in the same backcourt for history-making Golden State have made the most threes in the NBA and each is doing so at a top-10 success rate. Curry is 240-for-530 (.453) beyond the arc, and Thompson is 156-for-370 (.422). Thanks to them, the NBA rate has improved from .350 to .352.

Consider this: there are 30 NBA teams, each with 12 active roster spots, for 360 total players—yet it only takes two historically great or awful performers to nudge the league into game-changing territory.