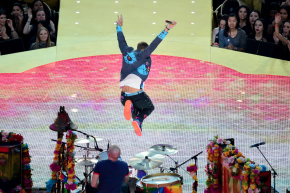 Don't worry, he's every bit as cool as you hoped and now knows what a meme is 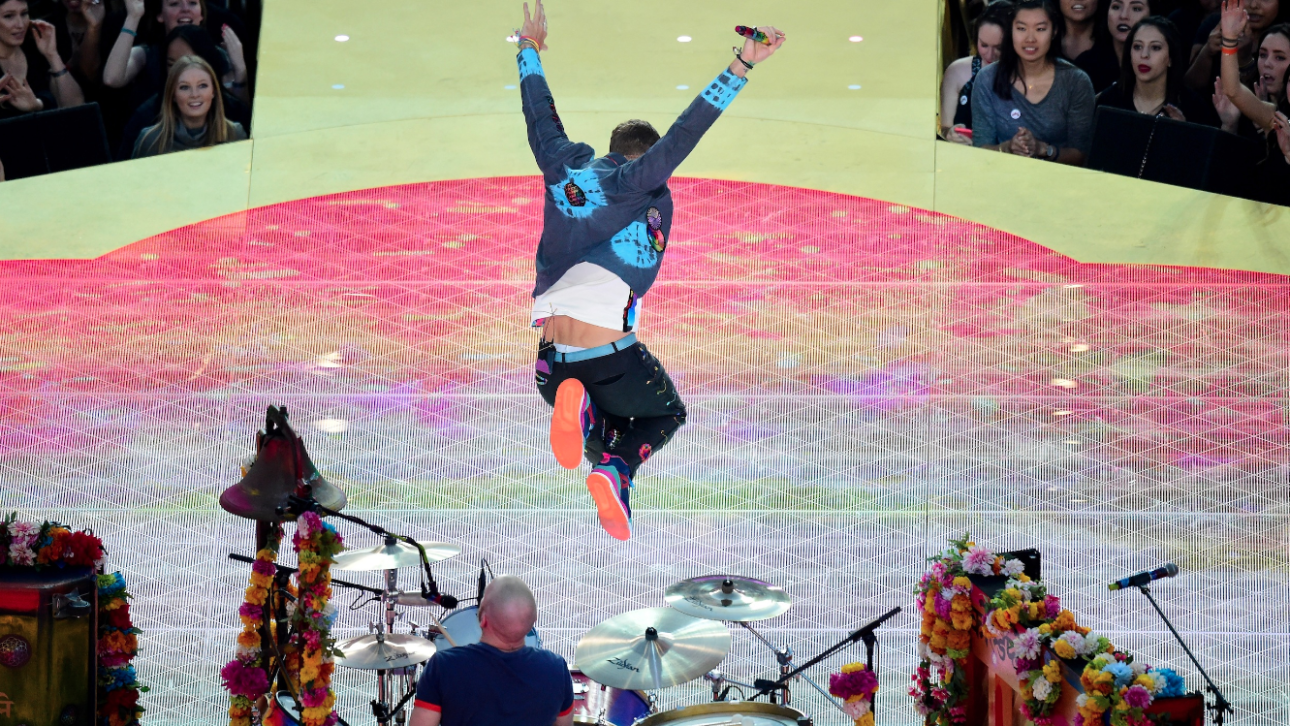 No one enjoyed the Super Bowl more than Mark Sumner, whom you and the rest of the Internet know as “Ecstatic Jumping Man.”

As Mark Ronson spun the tunes of “Uptown Funk” behind Bruno Mars in the halftime show, Sumner was spotted gleefully jumping up and down, both elbows elevated, his smartphone barely contained as it bounced up and down in his shirt pocket.

More The Super Bowl Is Why Your Office is Empty Today

“I was just having fun watching my students have a lot of fun,” Sumner said by telephone on Monday.

“I was convinced that I was probably the oldest person on that field and just kind of feeling, I don’t know, like I had no real business being there,” Sumner, 62, added. “When you get older, you wise up about a lot of things and, just realizing the connection I still have with young people and that young energy and just being in the middle of current popular energy and synergy that was clearly there—that worked for me.”

Sumner is the director of Cal-Berkeley’s Choral Ensembles, as well as the music director at the First Unitarian Universalist Society of San Francisco, and oversaw a couple dozen of his a cappella students at Levi’s Stadium. The Super Bowl had reached out to area groups to recruit energetic young people to be the on-field audience for Coldplay, Beyoncé, and Bruno Mars.

After the performance, Sumner immediately heard from his nieces: “The very first information was [that] they saw me, I looked like I was happy and looked good,” he said. “So I thought, ‘Well, that’s good enough. I looked good for my nieces.’ I’m still holding onto that even though I may look like I didn’t belong at all out there.”

By the time their bus left Santa Clara and headed back to Berkeley—the halftime crowd did not see any of the actual football game—he had gone viral. Sumner received a text message from one of his students sitting in the back of the bus: “Mr. Sumner, you are exploding on the Internet.”

The irony is that, after three days of rehearsals, Sumner had been convinced he would be inconspicuous throughout the performance.

“I had to laugh,” he said. “I told all my family members I didn’t think I would even be seen. I was kind of in the back behind the fireworks. They didn’t even let us get close to the stage because there were fireworks where we were standing. But you never know.”

One former student, Anna Leddy, sang in Berkeley’s Perfect Fifth—an a cappella group specializing in Baroque and Renaissance music—and was thrilled for Sumner, calling him a great guy and the quintessential choir director.

“It’s so him,” Leddy said. “He was always a happy and nice guy. It made a lot of sense he was dancing that way.”

Sumner seemed amused by his newfound fame while crediting the Super Bowl halftime directors for their organization and more than once expressing gratitude that his students had such an enjoyable time.

“It was pretty much a positive atmosphere all around,” he said.

For those worried about his phone, fear not: it never fell out. Sumner was merely surprised he wasn’t spotted with the device in his hand, as he said he spent much of halftime recording the performance to make sure that his students would have the video memory.

He noted, “We were given instructions not to bring them, so I surreptitiously hid mine in my pocket.” Alas, it could not escape the watchful eye of 112 million television viewers.

Sumner is an Oklahoma native with a pair of advanced degrees—a music master’s in choral conducting from Southern Methodist and a doctor of musical arts from USC—who has extensive performance and conducting experience. He sang on movie soundtracks and still shares his bass-baritone with Cappella SF.

He is appreciative of the Super Bowl experience, yet he realizes the power of what happened Sunday night. In today’s world, fame is even more fleeting, reduced from 15 minutes to Vine’s six seconds.

“I’d hate to be reduced to three words for the rest of my life,” Sumner said of the Ecstatic Jumping Man tag, “and that may have just happened.”