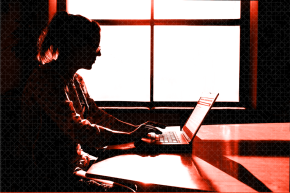 You’re A Sex Worker — How Do You Pay Your Taxes?
By Tracy Clark-Flory

You’re A Sex Worker — How Do You Pay Your Taxes? 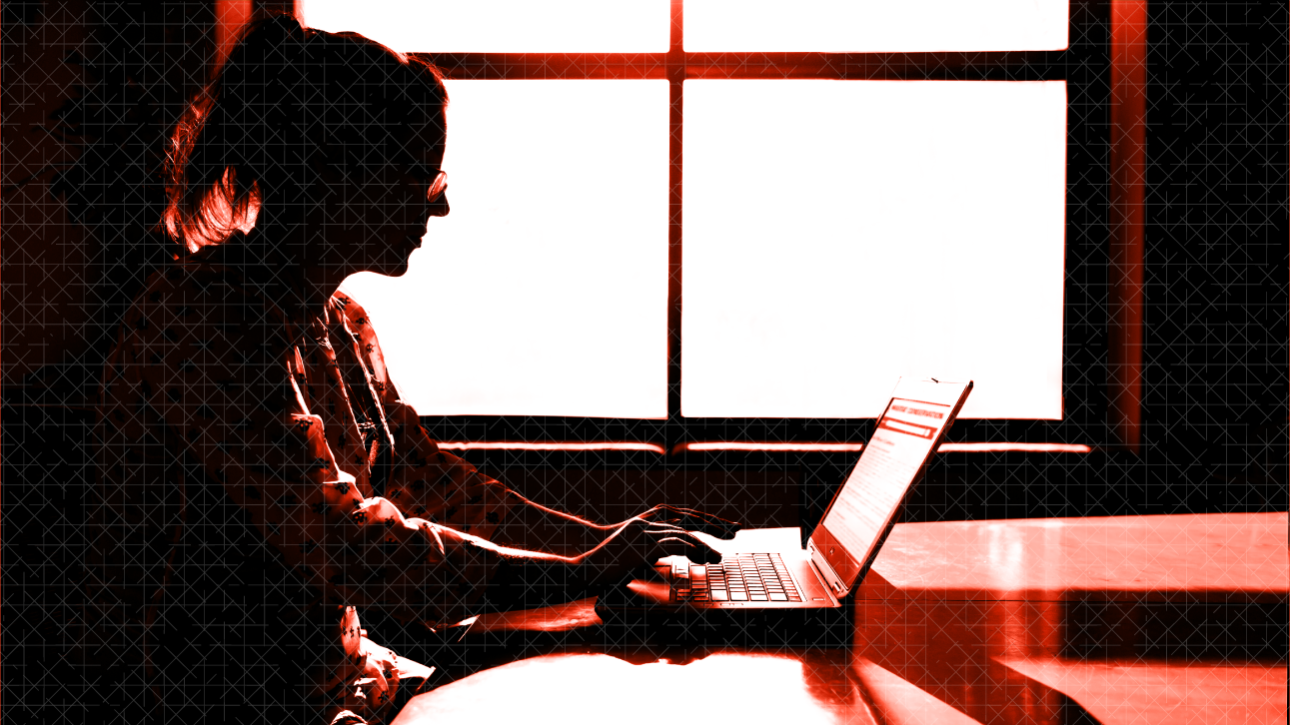 If your work is illegal, do you still pay your taxes? How do you deposit large amounts of cash without alerting the IRS? Alongside standard financial talk of high-yield investments and Excel spreadsheets, the Tumblr Sex Worker Helpfuls addresses a more specific set of questions like these. It’s one of several sex worker-run websites and message boards that offer financial advice to strippers, cam girls, sugar babies, dominatrices and escorts about everything from STIs to personal safety—and money is a popular subject.

“In the old days, it was the kind of things you might talk about to other girls if you worked in a brothel together or at an escort service,” says Maggie McNeill, a sex worker who has been in the business for 18 years and runs the blog The Honest Courtesan. “Nowadays, you strike up friendships on [message] boards and talk to each other.”

It’s no wonder that finances attract special concern. “The illegitimate and stigmatized nature of this work makes handling money feel really dicey and kind of stressful,” said Savannah Sly, president of the social justice organization the Sex Workers Outreach Project. It’s also why sex workers are sometimes excluded from the mainstream financial industry. Things that so many people take for granted, from having a bank account to taking out a car loan, can be difficult and unnerving, if not outright impossible, propositions—and they often require guidance.

The most fundamental issue is how to deal with large amounts of cash, particularly in escorting. Checks, which are unreliable and can reveal a sex worker’s identity to their clients, are generally off-limits as a form of payment. Many online payment services, like PayPal, have policies against “certain sexually oriented materials or services,” and you better believe sex worker Tumblrs are keeping a running tally of which services are sex worker friendly. Fiona Stone, who runs Sex Worker Helpfuls, says the most frequent financial questions she gets is about whether PayPal and similar services are “a good, safe option”—she says they aren’t. Some online payment processors have even seized sex workers’ accounts and put a hold on their funds. Earlier this month, a court ruled that PayPal customers who have had their accounts frozen might be entitled to settlements, but that hardly changes these companies’ policies.

This leaves cash as the best option, and cash can be dangerous.

Kate D’Adamo, national policy advocate at The Sex Worker’s Project, says policies like PayPal’s further marginalize sex workers and push them into “more and more isolation and into more and more vulnerability.” She explains, “If someone knows you work in the sex trade, they know you probably have money in your house, so you’re that much more likely to get robbed,” she said. “Having to be paid in cash because you can’t use PayPal means that you’re walking home at night or getting in a cab somewhere with five-hundred dollars on you.” And, of course, if a sex worker is robbed, he or she is likely less comfortable reporting it to police.

“I try not to keep that much (cash) on hand so that I can afford to lose it,” says McNeill. “I have a safe, it’s not a big one, I don’t want to keep around more than I can fit in that safe.” The sex work blog “good girls don’t” advises, “one thing you should invest in is a good fire-proof safe.” The post goes on to recommend, “Don’t hide cash in obvious places, like your mattress, the freezer, your toilet tank, and so on. If you’ve seen it in a movie, other people have, too.”

More Sex Workers Side With Proposal To Decriminalize Prostitution

Of course, sex workers can always deposit cash in banks accounts, and many do, although as the “good girls don’t” post warns, “anything you deposit in a bank account, pay bills with, or buy large items with leaves a paper trail.” That can be of special concern when engaging in illegal sex work.

That’s not to mention the hazards in any line of sex work when dealing with bank tellers. “There’s not a lot of people who operate in cash so you’re considered to automatically be suspect if you are operating in cash,” said Sly. She still gets clammy going to the bank to make deposits. “I constantly feel like I’m gonna get busted,” she said. It doesn’t help that tellers, male ones in particular, tend to make jokes about large amounts of cash—things like, “Big night at the casino, huh?”

“I try to avoid people and use ATMs,” she said.

On top of that heap of financial burdens, there’s the additional distrust among sex workers of the banking industry as a whole. In 2014, Chase shut down the accounts of several high-profile porn performers, calling them “high risk.” The company denied that it was because of the nature of their professions, although many sex workers remain skeptical. Credit card companies have limited how sex workers can spend their money, too: Last year, responding to threats made by Sheriff Tom Dart of Cooks County, Illinois, Visa and MasterCard stopped processing payments for adult ads posted to the classified site Backpage.com. (Late last year, an appeals court ruled that Dart’s actions violated First Amendment rights.)

Of course, all of this cash tends to raise questions about taxes. It’s a frequent topic across sex worker advice sites, and the message is almost always: do them. “It’s that old principle of ‘only break one law at a time,'” said McNeill. As a post on Sex Worker Helpfuls, which is re-blogged from another site, puts it, “You don’t want to get hit with a six figure bill and/or jail time at some point over the next few years because you weren’t doing your taxes.”

The post goes on to detail necessary forms—1040 for an individual tax return, Schedule C for business income and 8829 for a home office deduction—and the need for income records. “Even if you lack accurate records, give it your best shot and file. Even if you can’t pay right now, file,” it reads. “Even if what you do is illegal, file (you don’t have to write down what you do. We are all ‘entertainers’).”

Other posts provide tips on recording income and offer up Excel spreadsheets for keeping track of tax deductible expenditures, including makeup. But even with all this guidance it can still be terrifying terrain, especially for those engaging in an illegal trade, and sex worker-friendly CPAs can be hard to come by. One sex worker who asked to remain anonymous told me that after she was upfront with an accountant about the nature of her work, he wouldn’t stop texting her after-hours.

This is why countless Tumblrs recommend Lori St. Kitts, the so-called Tax Domme, who has written the book, ”The Tax Domme’s Guide for Sex Workers and All Other Business People.” She was working as a tax preparer and phone sex operator when she noticed financial misinformation being passed around on sex industry message boards. When she started posting her own tax advice, people asked her to file their returns, and her specialty was born. Now she runs her business alongside her mother, a.k.a. the Financial Madam, under the tagline “bringing your tax liability to its knees.”

“Sex workers are no different than any other business, but their deductions are a bit more interesting,” Kitts said, pointing to questions about things like lube and sex toys. “There is this idea that because they deal in sex that they are all shady and criminals when the truth is that most are just trying to work a legal business under unfair laws and scrutiny.” She says she’s seen “more vanilla businesses try to work around the tax law than sex work businesses.”

But, as Matisse found, doing your taxes can be critical for gaining access to other financial tools, like loans. She first started doing her taxes thanks to a client who was an accountant, and then, many years later, a client who was a realtor helped her secure a mortgage. In part because she had a record of her income from paying taxes, she was able to call herself a “self-employed consultant” and get her mortgage application approved. That doesn’t mean the process was easy. “I felt like such a fraud, even though I was like, ‘I know I have the money for this,’” she said. “I swear I lost like seven pounds from the stress during the month when we closed.”

As with any self-employed person—or anyone in a profession that operates in large amounts of cash, like the restaurant industry—it can be difficult to save. Sites like Sex Worker Helpfuls provide pointers and spreadsheets for setting up savings goals, whether it’s for buying a house or for retirement—but an online listicle is not quite as motivating as a relentless HR person who keeps asking about your 401k elections.

McNeill simply planned to live off of her husband’s retirement income, but they have since divorced. “I’m now in position at 49-years-old where I don’t have any savings of any kind,” she said. “I’m faced with a future in which, basically, I’m going to have to keep working one way or another probably for the rest of my life.”

Sometimes, though, people luck out and find a financial mentor: Sly had a friend who helped her open a Roth IRA and Matisse happened to have a client who convinced her to get an IRA. But Matisse emphasizes that this, along with clients who were knowledgeable about taxes and real estate, was total luck. “Our basic financial safety should not depend on that sort of thing,” she said.

Many sex worker rights activists argue that all of these financial burdens—from having to carry dangerous amounts of cash to overpaying on their taxes out of fear—are yet more examples of how criminalization harms sex workers and leaves them more vulnerable. It’s also part of why sex workers have to rely on financial “wisdom … being transmitted though message boards that the government wants to shut down,” as McNeill put it, referring to sites like RedBook, which the feds shuttered in 2014. It had been a place where sex workers both advertised their services and found community with, and advice from, fellow sex workers.

For now at least, there are still sites like Sex Worker Helpfuls. “It’s very important,” said Stone. “[Sex workers] are putting in work all the time to help make our lives less bogged down by a system that gladly takes our money but sneers at how it’s made.”