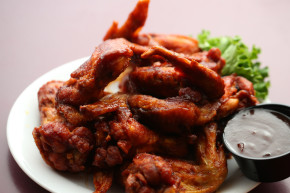 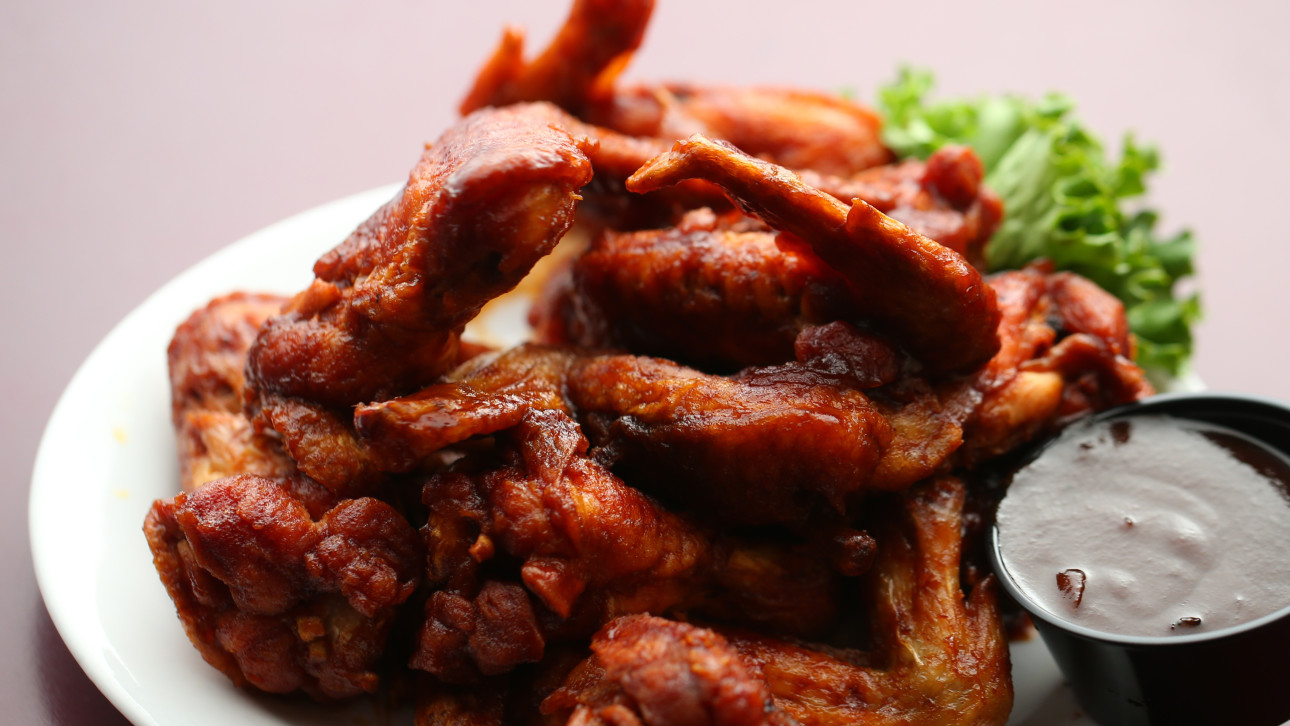 A plate of barbecue chicken wings. — Boston Globe via Getty Images
By Leigh Cuen and Jishai Evers
Feb 08, 2016 at 7:07 AM ET

If you went to a Super Bowl party on Sunday night you might have dug into at hearty bowl of dip, licked your fingers after those wings or had a few too many slices of a pepperoni pie. It’s all part of the food-focused Super Bowl tradition.

Vocativ used our technology to analyze more than 1.8 million tweets in the hours leading up to the big game, to find out what foods people were talking about the most. Chicken wings were no. 1, accompanied by a variety sauces.

Pizza and chips were also high on the list of Super Bowl snack chatter.

The Super Bowl is the second largest day of nationwide food consumption, coming only second to Thanksgiving. The National Restaurant Association estimated that more than 48 million Americans would get takeout or delivery for Sunday’s big game, helping make Super Bowl Sunday the busiest day of the year for pizza places. But while Super Bowl Sunday comes second to Turkey Day in terms of food quantity, it takes the cake when it comes to the day on which Americans consume the most calories, according to Medical Daily.

The National Chicken Council (yes, that’s a real thing) said Americans ate 1.25 billion wings during last year’s game. Even in previous years when their hometown team wasn’t in the Super Bowl, Carolina Panthers’ fans ate the most wings out of all NFL fans nationwide: 26 percent more than the average person living in one of the top U.S. markets.

Tons of football fans went all out for the occasion, building ‘snack stadiums’ across the country. Hundreds posted photos on Instagram and Twitter showcasing their festive food displays along with the hashtag #snackstadium.