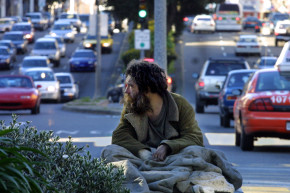 The Super Bowl Screws Over The Homeless
By Jack Moore

The Super Bowl Screws Over The Homeless 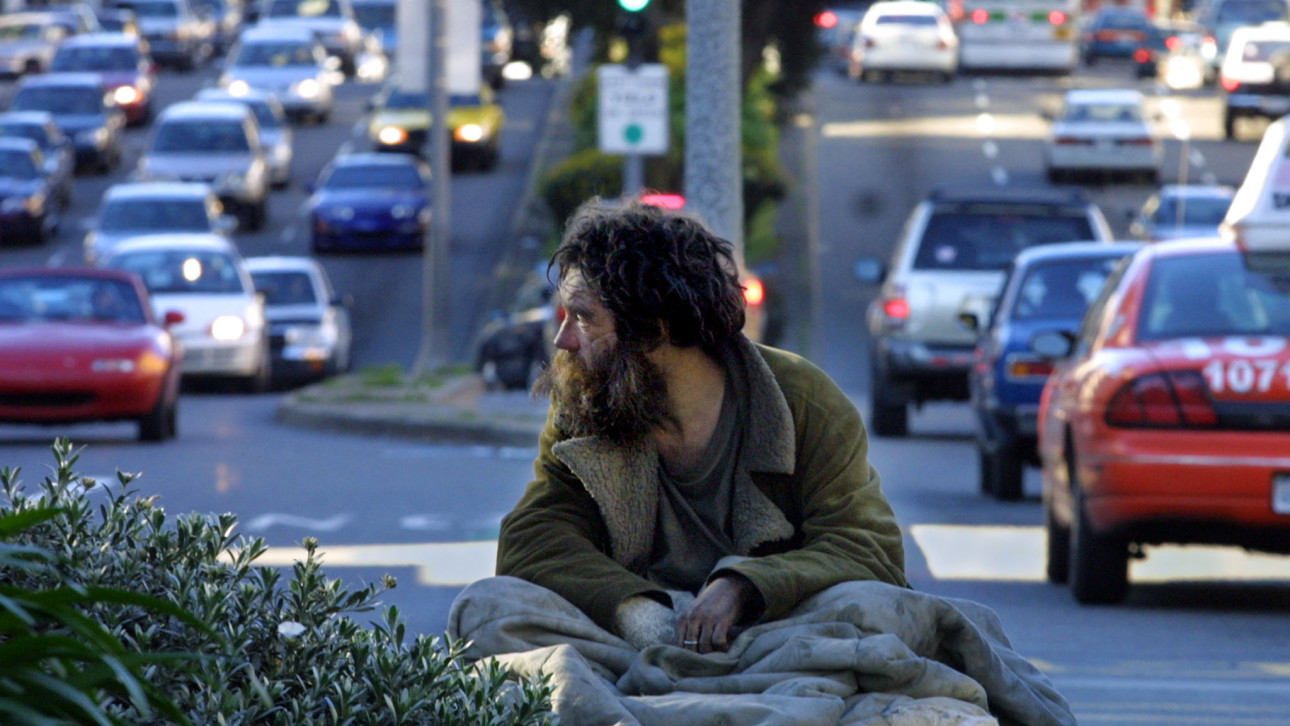 Back in August, San Francisco Mayor Ed Lee issued a proclamation on the city’s homeless camped near the site of Super Bowl City: “They are going to have to leave.”

As the Wall Street Journal reported earlier this week, the city has relocated at least 24 people from the waterfront where the Super Bowl festivities are taking place. Other homeless people interviewed by the Journal reported that authorities had confiscated belongings and forced them out of the area.

“No, I don’t think we’re hiding anybody. This is a city of a lot of tolerance,” Lee told reporters Tuesday, “but we do want to get people off the streets.” These comments came after reporters from San Francisco’s ABC 7 watched police sweep certain streets, with one officer telling a homeless person, “So, when the time comes and you got to move, we’re going to ask you to move.”

Despite the lip service Lee gives to tolerance, he and the city of San Francisco are running the standard playbook we’ve seen from major cities hosting world class athletic events like the Super Bowl. To placate the elite, cities across the country and across the world have displaced their homeless populations to keep them out of sight and out of mind.

“It ain’t human,” Duane Lewis, a homeless resident of Detroit, said in 2006 as the Motor City prepared to host Super Bowl XL in 2006. “I’m an American citizen, and they can kiss my —. I ain’t going nowhere.” Bob Bauder of the Beaver County Times reported that a spokesman for the Mayor “was quick to say that the homeless are not being rounded up as they have been in cities that previously hosted Super Bowls.”

The Tempe Police said it was officer Ray Russell’s “normal holiday charity.” Patrick McNelly, who had been living with his family in their car at Tempe Beach Park, said he was given a ticket and told to leave. He told a local TV station “everyone I hear” says the city was trying to get the homeless population out of town in preparation for the big game.

The problem is often worse for events like the World Cup and the Olympics, which last up to a month compared to the Super Bowl’s single week. In Atlanta, as the city prepared for the 1996 Olympic Games, the municipal government razed Techwood Homes, the first public housing complex in the country. Roughly 1,000 tenants were forcibly evicted, and the city invoked eminent domain in the construction of the Olympic Village, which eventually displaced 10,000 more people.

The city also established “Vagrant Free Zones,” made it illegal to walk through parking lots without proof your car was parked on the lot, and outlawed “aggressive panhandling.” They also borrowed the Tempe strategy of offering one-way bus tickets “as long as that person agreed never to come back.”

But perhaps no organization is worse for the local poor than FIFA, as the lead-up to the 2014 World Cup in Brazil showed. The favelas of Rio de Janeiro not only were subject to mass evictions, but in order to clear ground for renovations to the Maracana stadium, multiple critical community buildings were knocked down, including one of Rio’s best municipal schools, the city’s only food analysis laboratory, and a 34-year-old community built by construction workers for the city’s poor.

Once these areas were wrecked up by the construction companies, the zones where the poor were living were declared “at risk,” leaving families with the option of picking up and moving 45 miles away or watching as City Council tractors knocked down their homes.

The responses of these cities to their homeless problems as they spend millions to host the most opulent sporting events in the world is revealing. The fact that a city is failing to provide adequate shelter for its citizens isn’t a problem until a stage like the Super Bowl or World Cup or the Olympics approaches. And once that stage arrives, the kind of helping hand offered comes with jail if you refuse, and a one-way ticket away from home if you accept. It’s an approach to the problem that utterly fails to see homeless people as human beings.

But as long as the NFL, FIFA, and the International Olympic Committee keep shoveling money at these cities, municipal governments will keep chasing it, and burying their homeless populations in the process.