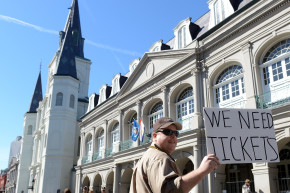 This Is Why You’ll Never, Ever Afford Super Bowl Tickets
By Joe Lemire

This Is Why You’ll Never, Ever Afford Super Bowl Tickets

Sure, Super Bowl tickets are expensive no matter what, but the market is rigged against you 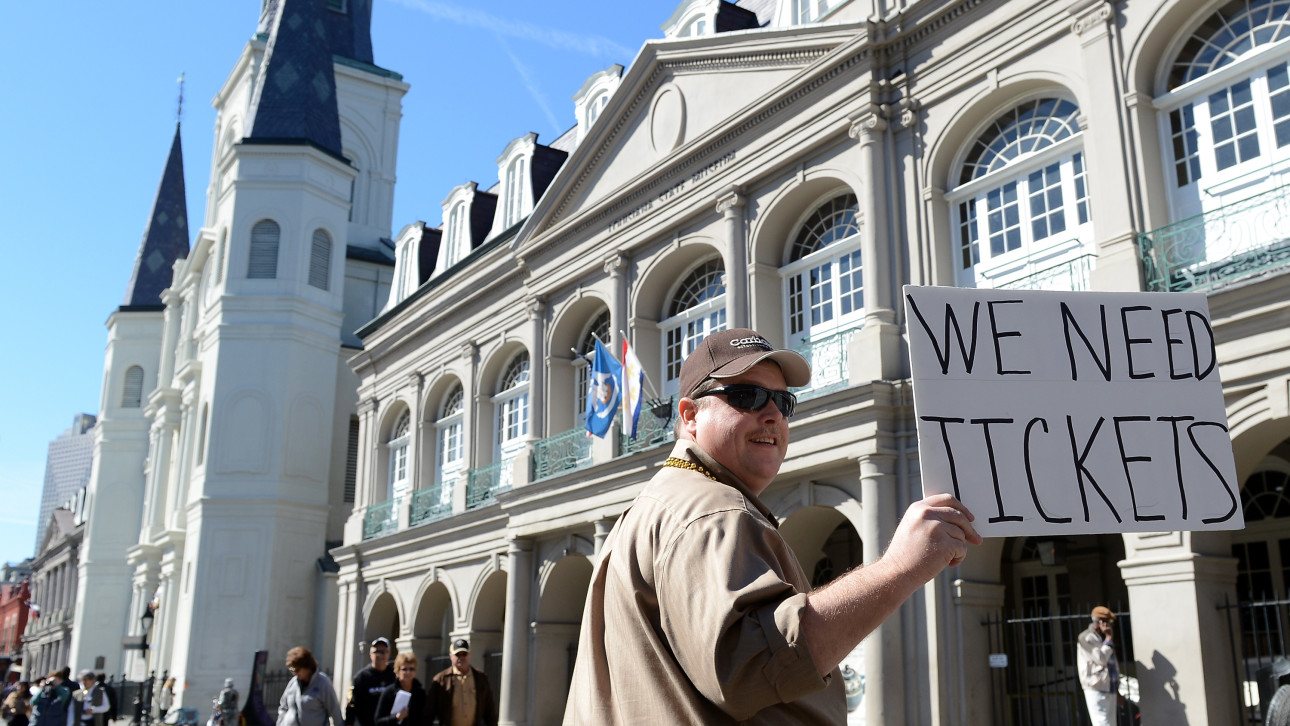 For $27,983, one could buy a 2015 Toyota Camry Hybrid in Kalamazoo, Michigan, cover the annual per-capita income in Meridian, Idaho, or purchase a Lower Prime Club ticket to Super Bowl 50. That was the most expensive ticket sold to Sunday’s game between the Carolina Panthers and Denver Broncos at Levi’s Stadium in Santa Clara, California, according to StubHub.

The site’s average ticket price, as of Wednesday morning, had dropped below $5,000 for the first time—to a still-gaudy $4,946. The cheapest ticket available was $3,075. That’s what happens when only 1.4 percent of tickets are directly available to the public via a lottery, per reseller SeatGeak. By the way, that site’s average reported ticket price was a comparative bargain at $4,665 on Wednesday (but whose minimum price is higher, at $3,356). On both sites the past two days, the floor prices have crept up as the averages have inched down.

One’s best bet is to play a game of resale chicken (which, in culinary contexts, is not recommended). Research at Quartz shows that ticket prices tend to decline prior to Super Bowl Sunday—except last year when greedy ticket brokers oversold their inventory, leaving many who traveled to the game without a ticket.

With 20.6 percent of SeatGeek customers buying tickets from either Charlotte or Greensboro and another 17.9 percent from Denver, that would be a long way to travel to not see one’s favorite team play in the Super Bowl. (The majority of StubHub’s buyers, interestingly, are less partisan, with 28 percent originating from California—and some tickets even purchased in Brazil, China, Japan and Kuwait—compared to 10 percent in North Carolina and 9 percent in Colorado; a third ticket site, ScoreBig, is especially popular with the locals, as 47 percent of its sales originated in California, compared to a combined 33 percent from the two teams’ home markets.)

Perhaps it’s no wonder that New York attorney general Eric Schneiderman is up in arms about the live-entertainment ticketing industry, citing tickets resold by third-party brokers “at average margins of 49 percent above face-value—sometimes more than 1,000 percent.”

StubHub spokesman Cameron Papp said the company supported the AG’s announcement. The main culprit Schneiderman referred to was the use of automated bots by scalpers—in one instance, a single broker purchased 1,012 tickets to a U2 concert in one minute.

“We think the Attorney General’s report was a good call to action to address some broad and long-term weaknesses of the overall ticket industry,” Papp wrote in an email. “We are 100% against any technology or activity that makes it harder for regular fans to purchase tickets through primary sources, or any source for that matter.

“The NFL tightly controls the distribution of primary tickets when it comes to Super Bowl and every ticket is a hard, physical one so I would imagine it’s a non-issue for them. From our perspective, just like last year, every single buyer that purchases a Super Bowl ticket from StubHub will get into the event.”