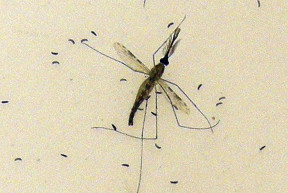 Here’s How Zika Virus Could End Up In The United States
By Joshua A. Krisch

Most of the U.S. is too cold for the mosquitoes behind Zika virus to survive. But we're not entirely in the clear

Zika virus is now rampaging through South America, with 1.5 million infections already reported in Brazil. Although the mosquito-born illness rarely causes any symptoms, Brazilian officials have implicated Zika in a recent uptick in birth defects in the region, stoking fears that the mosquitoes could come to the United States and cause similar problems. When several Zika cases popped up in Texas on Tuesday, the news exacerbated these fears. But how likely are we to see a major Zika outbreak in the U.S.?

The short answer: It’s possible, but not very likely.

For most of the Northern United States and Canada, it is simply too cold for the mosquitoes that spread the virus to survive. Aedes aegypti, the only mosquito confirmed to spread Zika, has been in the Southern United States since the 1960s, and pretty much all over South America since at least the 1990s. The other mosquito involved, Aedes albopictus, has never been shown to carry Zika, but scientists suspect that it probably could. As of 2010, however, there has been no sign of either mosquito species migrating northward.

To be fair, that doesn’t mean the mosquitos won’t migrate north eventually. In fact, Aedes albopictus have been known to migrate along highways, laying their eggs in standing water loaded onto trucks. But even then, there is little risk of these mosquitos surviving long-term north of the Mason Dixon line. And, while a large portion of the U.S. gets warm enough during the summer for these mosquitos to survive, only Florida, Hawaii and the southern tip of Texas have climates that could sustain these mosquitos year-round.

More A Scientific Guide To Protecting Yourself From The Zika Virus

So we’re unlikely to see a mass migration of Zika mosquitoes northward. There is, however, another way for the U.S. to end up with a Zika problem. If enough people contract Zika and travel back to the U.S., local mosquitos that survive quite well in colder climates could theoretically bite the infected individuals, catch the virus themselves, and kick off a homegrown epidemic. That’s what may have happened with Chikungunya, another mosquito-born virus. Fears of non-mosquito transmission of Zika have only been compounded by reports that a patient near Dallas acquired Zika after having sexual intercourse with someone who had recently returned from an affected region.

In the visualization below, originally published in the Lancet, researchers map out both risks. The darker regions represent locations where Zika mosquitoes can live year round. The circles indicate how many people travel in and out of those cities each year. The most concerning areas, of course, are those that are deep orange with large circles around them, signifying long-term homes for these mosquitos and plenty of people to chow down on and hitch a ride with. Orlando and Miami are particularly worrying. New York City, less so.