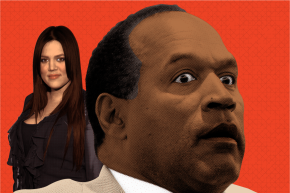 Is there any truth to the konspiracy of konspiracies? 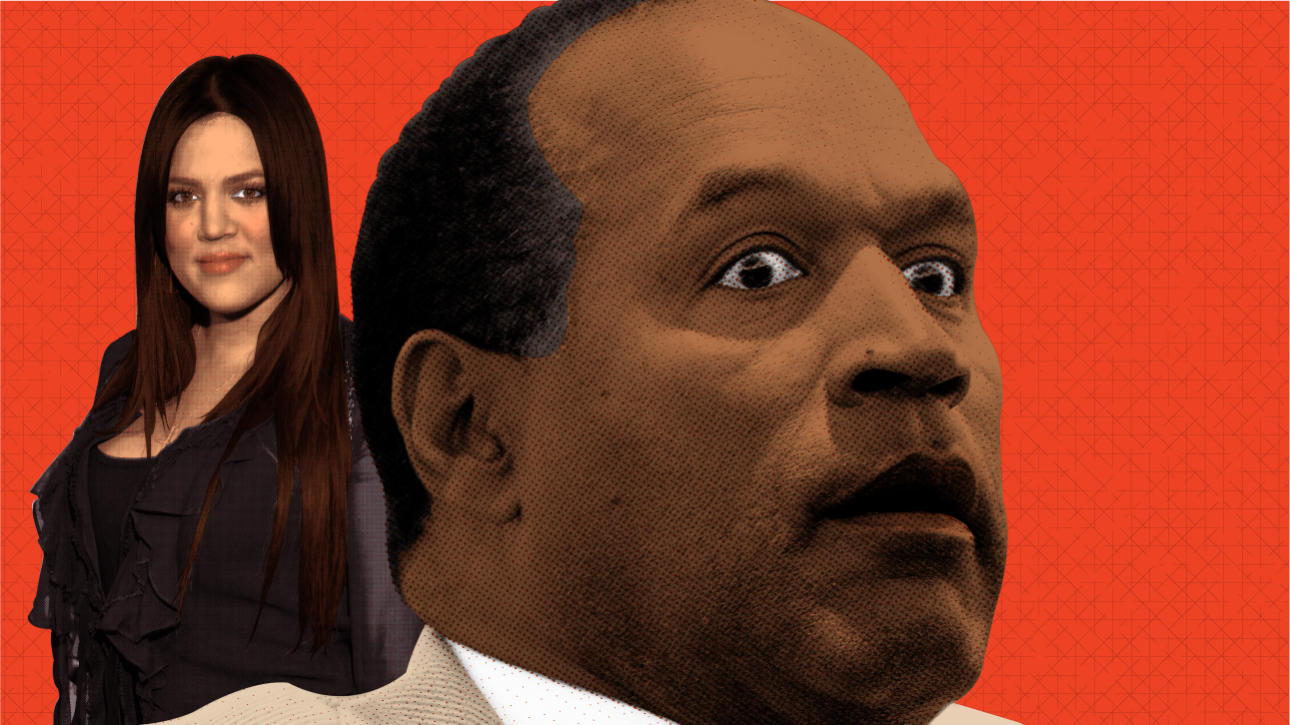 In horror films, the call is usually coming from inside the house. The same could be said for rumors about the Kardashian family, and there’s one in particular the family has never been able to escape. It’s that O.J. Simpson, not Robert Kardashian, is really Khloe’s father. So in preparation for tonight’s premiere of American Crime Story: The People V. O.J. Simpson, let’s trace those rumors back.

The kasual Kardashian watcher may believe that Kim’s sex tape was the cornerstone to the family’s current reality TV empire, but that’s not the case. In fact, the 1994 trial of O. J. Simpson was the first time they really entered the public eye. Prior to the death of Nicole Brown Simpson, O. J. and the family of his future defense attorney Robert Kardashian were close—very close. Perhaps it was the families’ original closeness that inspired the rumors. It’s verifiably true that the Kardashian and Simpson families were the best of friends in the 80s and 90s. They vacationed together, their kids were friends, and, as Kim recalled in a 2009 Dr. Phil appearance with her sisters, they even called O.J. “Uncle O.J.” From these facts, some konspiracy-minded Kardashian watchers formulated a theory: maybe their parents were swingers.

Kris Jenner and Robert Kardashian would go on to divorce in 1991, but his decision to defend O.J. in the infamous 1994 murder case would cause a great deal of tension in the family. Kris, who was pregnant with daughter Kendall at the time, sat in the audience on the prosecution side, wearing maternity clothes that had belonged to Nicole. Kim, Kourtney, and Khloe recalled on the previously mentioned episode of Dr. Phil that they were unsure who to side with.

But it was a Keeping Up With The Kardashians storyline that truly gave the krazy Khloe-Is-Really-A-Simpson rumors life. In a 2009 episode, Khloe asked her mother if she was adopted. She noted that she looked much different than her sisters (although both her appearance and theirs has changed through the years). Her complexion was darker, she was taller and curvier, and her hair was different. Kris assured Khloe that Robert was her real father, and urged her to take a DNA test to prove it. The only thing is, the duo didn’t actually do a paternity test, they did a maternity test, that proved Kris was Khloe’s mother, which: duh. In the span of an hour-long format, that seemed enough.  But of course, because the Kardashians love to talk about themselves so this has been a recurring theme, a rumor kept alive by their own self-obsession and self-promotion.

In her 2011 memoir, Kris fanned the fire more when she admitted to having an affair when she hit her thirties and found herself in a midlife crisis. She only refers to him as “Ryan” in the book, and although a guy named Todd claims it was him, it could have been anyone. Even O.J. Simpson, who Kris said was present when Robert picked her up for their first date.

The memoir comments nicely led the family into a rumor-filled 2012. In January, Robert’s second and third wives, Jan Ashley and Ellen Pierson made claims that they’d known for years Robert wasn’t Khloe’s father. In a Star Magazine Exclusive, his second wife, Ashley said:

He just kind of looked at me and said [it] like it was a matter of fact. He said “Well, you know that Khloe’s not really a Kardashian, don’t you?”

Pierson, who married Robert for two months before he died in 2003, said at the time that she had “many conversations” with Robert in which he told her he was not Khloe’s father.

Around the same time as the Star story, The National Enquirer ran its own piece on the matter, with additional speculation that O.J. Simpson was Khloe’s real father.

Now we have all the answers! It makes sense now! Khloe u are so tan! https://t.co/iedAO2k0

In addition to interviews with Ashley and Pierson, the magazine hinged much of its evidence on a side-by-side comparison photo of the profiles of Khloe and O.J.’s daughter with Nicole Brown Simpson, Sydney Brooke Simpson. Sydney has stayed out of the public eye since her father’s 1994 trial, but in the limited number of photos available, she does look similar to Khloe Kardashian, circa 2012.

Khloe went off on Twitter to call the pair “disgusting” and shoot the rumors down. She also refused in an episode that aired later to take a DNA test. Kris of course took a more traditional route, appearing on Good Morning America to quash the chatter.

“I’ve never heard such crap in my life,” she told Lara Spencer. “Get a life.”

The Kardashian matriarch went on to reference the whole episode they did about it, calling the question of Khloe’s paternity a “family joke.” In that segment, Spencer refers to “Bruce and the cross-dressing” as something she and Kris had discussed. Kris dismissed that topic as just a “rumor” too. Four years later, the person who was then known as Bruce is now Caitlyn and living life as a woman. At the time, the family was treating both rumors as equally ridiculous (“That’s such a 70s story,” Kris said on GMA).

The paternity rumor reared its head again in 2013, when O.J.’s manager Norman Pardo told In Touch Weekly that the football player-cum-criminal “could be” Khloe’s dad. He added that O.J. has never denied it and that whenever Pardo brings it up, O.J. “giggles.”

In the time since, these paternity rumors have gotten sporadic press. In 2014, Khloe herself laughed them off on Chelsea Lately, joking that she hopes O.J. isn’t her dad because she “did fuck him once.” They got another mention in February 2015 in the form of an Amber Rose tweet, and again in summer 2015, thanks to Jan Ashley talking to the tabloids again.

Which brings us to now. Why are these seemingly ridiculous rumors making the rounds again? For starters, there’s that FX movie, which features Kris Jenner (played by Selma Blair) and Robert Kardashian (David Schwimmer) as a big part of the story.

Related, on Sunday’s episode of Keeping Up With The Kardashians, Kris proposed that everyone take a genetic test to screen for things like cancer. Khloe bristled at the idea and refused. Which may be nothing, or may be because she does not want to find out what may be an uncomfortable truth.

So is Robert Kardashian Khloe’s real father? He once said claimed her as his “biological daughter” in a legal document. But there have also been rumors that Lionel Richie is Khloe’s father. Imagine that! And the Kardashian’s endless rehashing of the rumors themselves isn’t exactly doing anything to make them go away. The answer as to whether O.J. could be Khloe’s dad is, ultimately, a firm maybe. What’s more definite is that this is not the last time we’ll be hearing about this.