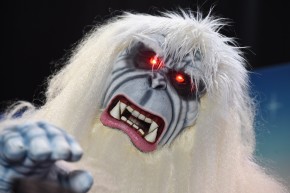 Yetis, UFOs And The Still-Unvolved Death Of 9 Russian Hikers
By Jack Moore

Yetis, UFOs And The Still-Unvolved Death Of 9 Russian Hikers 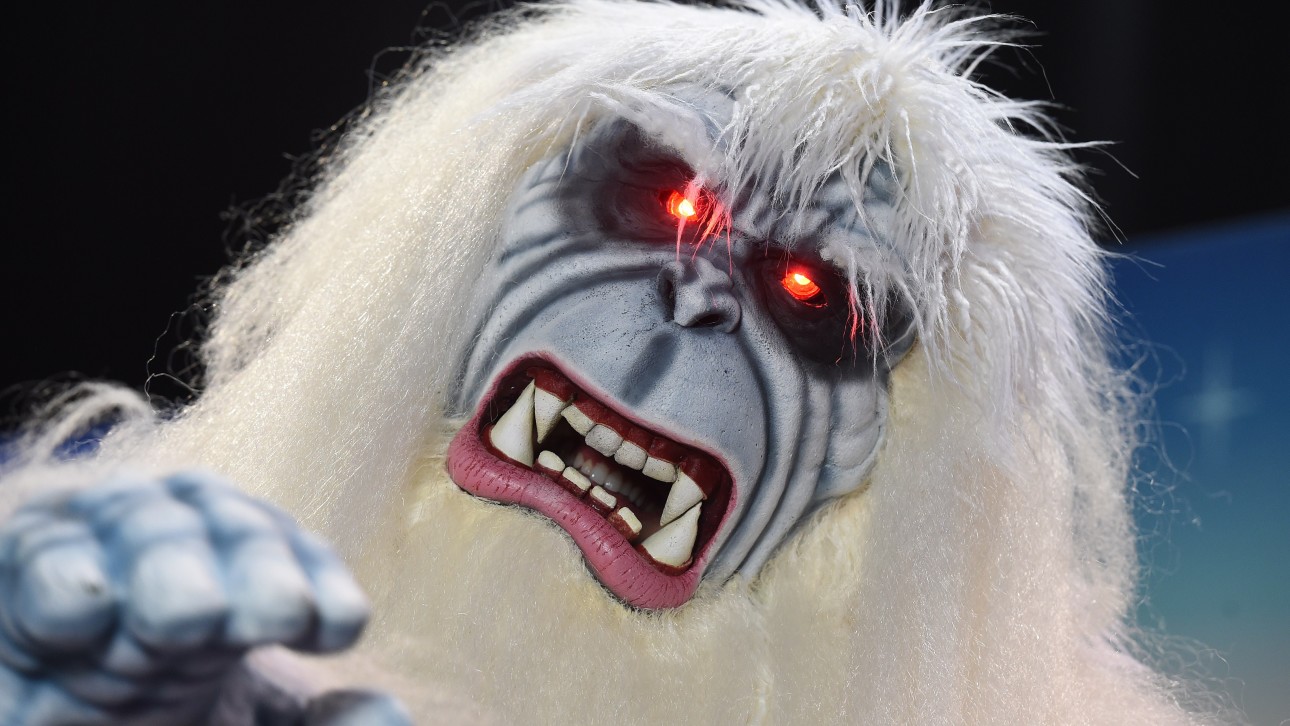 On January 27th, 1959, nine cross-country skiers from Russia’s Ural Polytechnical Institute set out on a hike from Vizhai in the northern province of Sverdlovsk Oblast to Otorten—a name that means “Don’t go there” in the language of the Mansi people indigenous to the area.

On February 1st—57 years ago today—the group moved through a mountain pass near Kholat Syakhl, where a snowstorm picked up and forced the group off their intended path. With temperatures well below zero degrees, the group decided to set up camp on the mountain’s slope, hoping to outlast the storm.

The hikers never reached Otorten. Rescue teams found no trace of the expedition until February 26th, when a band of volunteer searchers found the group’s tent in the snow, collapsed, crumpled, and slit open with razor blades. Five of the bodies were found nearby with the aid of footprints, but the remaining four members of the expedition were nowhere to be found for months.

The disappearance of the hikers has become known as the Dyatlov Pass Incident, named after Igor Dyatlov, the 23-year-old leader of the expedition. The details uncovered after an investigation of the area and the autopsies of the bodies resulted in more questions than answers.

Most of the group’s equipment and clothes were still inside the tent when rescuers found it. Some of the hikers were found wearing each others’ clothes; others were found in only their underwear. The footprints found near the site were made by people with either bare feet, socks, or one single shoe. Two of the hikers had suffered head injuries, and one woman was found without her tongue. Forensic radiation tests found alpha radiation on the group’s clothes.

The secretive nature of the official reports only added to the mystery. Some of the injuries were caused by blunt force trauma well beyond what a human attacker would be capable of generating—one Soviet doctor compared it to a car crash. The official cause of death was suspiciously noted as a “compelling unknown force.” But without evidence of foul play, the inquest was closed less than a month after the final bodies were found, and the files were made classified until after the dissolution of the Soviet Union in 1989.

Further details from witnesses only complicated things further. One witness at the funeral of the deceased hikers noted the bodies had a “strange brown tan” and grayed hair. Another group of hikers near the same area reported seeing “bright orange spheres” to the north, in the general vicinity of the Dyatlov group.

Nine people rushing out of their tent and into sub-zero temperatures and certain death was suspicious enough. The combination of their gruesome injuries, the mystery of the remote mountain range, the unexplained radiation and objects in the sky, and the secrecy of the Soviet investigation have made the Dyatlov Pass Incident the ultimate in imagination fuel. Wild speculation on what really happened has come from scientists, documentarians, and even wild eyed YouTube conspiracy theory channel hosts.

UFO theorists have latched onto the mysterious “orange spheres” to suggest the hikers were attacked by aliens. The “compelling unknown force,” in this theory, could be an alien superweapon.

“It’s not a coincidence that UFOs were reported by these hikers in the Ural mountains, in the place of the dead, ‘don’t go there,’ and so on,” Philip Imbrogno, a “ufologist,” said on History Channel’s Ancient Aliens. “I believe that many UFO sightings come in here from a parallel reality and they come from portals. This area may be a hot portal.”

“The orbs themselves could have been a life form, the orbs themselves could have been extraterrestrial probes,” Bill Birnes, another of History Channel’s ufologists, said. “It could have been inadvertent. The orbs, in probing the area where the humans were, created collateral damage. Maybe they didn’t mean to harm human beings, maybe it wasn’t an attack as much as the power of the orbs, the energy, was so intense the humans were prematurely aged, irradiated, and suffered all kinds of lethal biological symptoms.”

Lately, though, another supernatural theory has risen to prominence, albeit one originating from our own world. The frozen wastelands of Russia have long been of interest to Yeti enthusiasts.

So much so that the Kemerovo region of Siberia arranged a sham scientific conference in 2011, complete with academic experts and researchers flown in from America to boost the event’s credibility. The region stated on its website that evidence of “footprints, a probable den and various markers that Yetis mark their territory with” led scientists to state they were “95 percent sure” Yetis do exist.

More How The Super Bowl Became “The Big Game”

Dr. Jeff Meldrum, one of the American researchers flown in by the Keremovans, said he felt the whole thing was “orchestrated” and purely “publicity stunts.” But that hasn’t stopped the theories.

In 2014, Discovery Channel produced a documentary titled Russian Yeti: The Killer Lives, a two-hour program presenting evidence that not aliens but the Yeti was responsible for the deaths of Dyatlov and his hiking crew. Quoth the channel of discovery: “Following the trail of evidence, [Director] Mike [Lebecki] finds proof that the hikers were not alone—a photograph, taken by one of the hikers a day before they died that suggests that they encountered a Yeti.  But just how far will they go to find the answers?”

Lebecki went so far as to arrange a nighttime stay in the very same Yeti cave Meldrum toured in 2011. He also found a Mansi woman to tell a story of a legendary creature called the “Menk,” conveniently a six-to-nine foot tall biped that has been known to steal people’s tongues.

For his proof, Lebecki cites an anonymous YouTube video in which a grainy dark blob is visible, the same kind of “proof” offered for Bigfoot and the Loch Ness Monster for decades. For his coup de grace, he presents one of the pictures found on a camera recovered from the campsite in 1959. “It shows a strange tall creature, lurking in the woods, looking over towards where the students must have been. But what is it?”

Lebecki also cites an entry in the newspaper log the hikers were keeping of the trip, which cryptically states, “From now on we know that the snowmen exist.” But this is either a naive or intentionally deceptive reading of what was a largely joking diary the students were keeping of their journey. The full passage says, “They can be met in the Northern Urals, next to Ortoten mountain,” and it was likely a self-referential joke rather than proof of their Yeti suspicions.

Others suggest the explanation is not supernatural at all, but perhaps even more insidious: The students stumbled upon a military testing area and were either killed by Soviet soldiers protecting the area or were scared into fleeing by the sounds of nearby explosions, as suggested by British author and researcher Keith McCloskey.

The Ural area is near the site of the 1979 Sverdlosk anthrax leak, a “biological Chernobyl” which caused some 100 deaths and was initially explained by the Soviets as a tainted meat outbreak. Further, the Soviets, as with most world powers, were notoriously secretive about their military testing.

There is, however, a far simpler answer. The slope on which the skiers set up camp was at a 22-23 degree angle, well above the 15 degrees at which avalanches become a risk. Most of the evidence conspiracy theorists point to as odd—injuries like the skull fractures and cracked ribs without other soft tissue damage—would be consistent with being crushed by falling snow.

The gruesome missing tongue, the lynchpin of Lebecki’s Yeti theory, could have been caused by a fall into the ravine, a blow from a falling rock suffered while screaming, or local scavengers. And while an avalanche can’t account for the radiation, thorium gas mantles, commonly used in kerosene lanterns, are known to emit a small amount of alpha radiation.

Brian Dunning of Skeptoid, a podcast devoted to examining wacky conspiracy theories, sums up his research as such: “I’m still looking for something in the Dyatlov Pass mystery that lacks a simple and mundane explanation.” But even this answer is incomplete.

If it was an avalanche, what was it caused by? Was it just a freak of nature, or was it the result of a human-produced explosion? What of the orange spheres? What of the incomplete investigation records and the Soviet government’s secrecy?

Of course, Dunning is probably right. But where’s the fun in simple and mundane? As logical as Dunning’s summary is, there remain enough holes in our knowledge of what really happened at Dyatlov Pass to allow our imaginations to fill in the gaps with whatever suits our own personal proclivities.

Whatever really happened in those mountains 57 years ago, there are many in this world who want to believe, and that belief will always run deeper than cold, mundane logic.