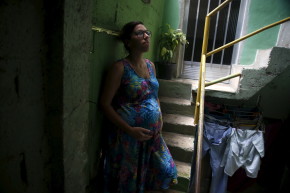 A Scientific Guide To Protecting Yourself From The Zika Virus
By Joshua A. Krisch

A Scientific Guide To Protecting Yourself From The Zika Virus

Seven cases of Zika virus have now been confirmed in Texas, and the World Health Organization has officially declared the Zika virus outbreak an international public health emergency. If the fear wasn’t real before, it certainly is now.

Though Zika rarely causes serious illness in adults (80 percent of those infected with Zika don’t present any symptoms at all), you don’t want to catch Zika virus if you’re pregnant. The virus may be linked to microcephaly, a rare birth defect, and WHO director general Dr. Margaret Chan announced in a press conference on Monday that Zika outbreaks “constitute an extraordinary event and a public health threat to other parts of the world.”

The most basic advice for preventing Zika, as related by CDC and WHO and echoed by pretty much every public health official, is to simply stay away. The two species of mosquito suspected to transmit the disease, Aedes aegypti and Aedes albopictus, are fairly common south of the equator but virtually unheard of in the Northern United States, Canada and Eastern Europe. Here’s a visualization of the worldwide range of the suspected Zika virus-carrying mosquitoes as of 2010:

Avoiding travel to these areas is one way to protect yourself. Fortunately, there are also options for people who live in warmer climates. Herewith, the most recent health advice from three major groups of physicians and infectious disease experts:

1. Kill The Mosquitoes And Douse Yourself In Insect Repellant

“Prevention and control relies on reducing mosquitoes through source reduction (removal and modification of breeding sites) and reducing contact between mosquitoes and people,” according to the World Health Organization’s website. WHO suggests basic mosquito-avoidance procedures, the same sort of advice you’d expect to hear from your mother before spending a summer evening near a buggy lake: Use insect repellent, wear clothes that cover as much of the body as possible and sleep under mosquito nets (okay, maybe Mom doesn’t tell you to do that one).

WHO stresses that the best way—and indeed, perhaps the only way—to prevent Zika is to prevent mosquito bites. And, of course, to do whatever possible to prevent mosquito breeding. “It is also important to empty, clean or cover containers that can hold water such as buckets, flower pots or tires, so that places where mosquitoes can breed are removed,” WHO adds.

2. But Be Careful With That Insect Repellant

The Centers for Disease Control and Prevention, however, points out that not all insect repellants are created equal. “Use Environmental Protection Agency (EPA)-registered insect repellents,” according to the CDC’s website. “All EPA-registered insect repellents are evaluated for effectiveness.” Fortunately, that’s a pretty long list and includes such household names as Avon and OFF. The CDC also stresses that people should follow the instructions on the bottles of repellant. Did you know, for instance, that most repellants are not supposed to directly contact your skin? (Admittedly, this news doesn’t help you if you’re wearing shorts or a sleeveless shirt—so the CDC suggests you cover up.)

3. If You Get A Bitten, Pop Some Painkillers

Alas, some of us are probably going to be feasted upon by mosquitos. Fortunately, if you’re not in Brazil, those mosquitoes are unlikely to be either of the species suspected of carrying Zika, and even if you are in Brazil, the odds of being bitten by an infected mosquito are probably fairly slim.

If you are bitten, a new study in Annals of Internal Medicine recommends that “treatment of Zika fever is supportive and primarily involves acetaminophen [the active ingredient in Tylenol] for fever, headache, or myalgia [muscle pain].” The journal echoes the CDC and WHO, however, in advocating for avoiding mosquito bites in the first place.