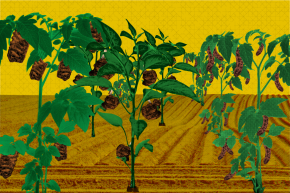 The next big vegetarian trend, explained 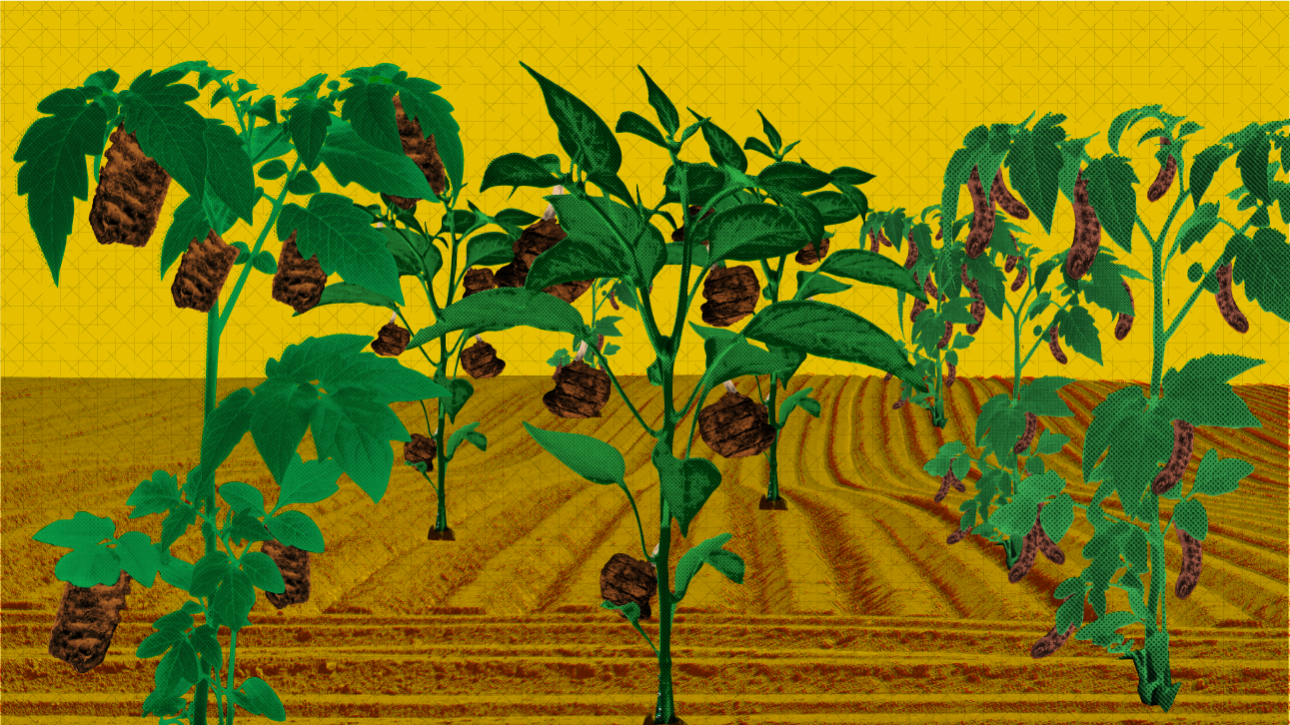 In recent years, neighborhood butchers have re-emerged as the antidote to mystery meat sources, offering carnivores animal cuts with a direct lineage they can see. But now there’s a newer wave of butchers carving up another beast entirely: Plants.

A slew of vegan or vegetarian butcher shops have opened around the country, selling only meatless meat products. And their products are not just aimed at vegans, vegetarians, and flexitarians, but also hardcore meat-eaters. Could this finally be the lure that carnivores need to go whole plant? Let’s investigate.

Over at Medium, The New Omnivore chronicles the rise of a handful of plant-based meat butchers in the U.S. who massage plant protein into burgers, brats, salami, ham, hot dogs, BBQ and more, and these culinary experiments are seeing some success. Vegan butcher shops are one-stop shops that turn plants into concoctions that purportedly look and taste more like the real thing than ever, with less of those preservatives and processing ingredients, and served in restaurant or deli settings, or shipped to your home.

How is this different from other fake meat?

While faux meat is nothing new—nearly all grocery stores have at least a frozen veggie protein section selling “beef” and “chicken” patties from Morningstar, Boca, or the like, and plenty of restaurants are serving vegetables as main courses, such as the cauliflower T-bone—the new wave of fake meat goes a step beyond restaurant vegetarian and vegan offerings by virtue of the way they sell: in a brick-and-mortar shop.

Where are these plant butchers?

There’s the Herbivorous Butcher in Minneapolis, started by siblings Aubrey and Kale Walch (pick your kale joke here) who’ve recently raised the funds to go from a farmer’s market stall to a brick-and-mortar that opened January 23, according to Time. There’s Asheville, North Carolina, plant-meat retailer No Evil Foods, who sell Italian sausage, shredded chicken and chorizo to various restaurants and grocery stores, including Whole Foods. Then there’s the Atlas Meat-Free Deli in Hollywood, Florida, who sell out of burgers and pastrami every weekend at the farmer’s market. And don’t forget Monk’s Meats in Brooklyn and Yam Chops in Toronto, which sells meat-free shawarma, coconut bacon, and beet burgers.

Here is a picture of the Herbivorous Butcher’s pot roast and holiday ham, which as you can see, looks convincing as all get-out:

Here are the siblings holding up a rack of Korean ribs.

Yeah, but why call it a butcher shop or deli when it’s not “real” meat? It’s confusing.

It is confusing. Near where I live on Abbott Kinney in Venice Beach, Los Angeles, a new shop opened recently called “The Butcher’s Daughter.” I assumed it was another new old-school butcher shop, but was surprised to find out it’s actually juices and mostly vegan food. But for the veggie crowd, using the word “butcher” appears to be a reclaiming of the thing they wish to escape but, strangely, also pay homage to. Aubrey Walch at Herbivorous Butcher told Medium reclaiming butcher lingo and even imagery is totally on purpose. “We’re bringing “meat” and the word “butcher” into the light, and into the plant-based world, for a more sustainable planet.”

And they really mean it. Here’s a picture of their meat-cleavered storefront:

All pictures via Medium.

So is this stuff healthy?

It depends on what you compare it to. Susan Tucker, a nutrition counselor and health coach in New York who specializes in plant-based diets and has several clients transitioning away from a meat-based diet, says while these plant butcher developments are certainly a revelation in vegetarian or vegan eating, and that they make for a great way to segue into plant-based eating, she still issues caution with overdoing it for health and habit reasons.

“Just because it’s vegan or vegetarian or high in protein or natural or organic—it’s still a processed food,” Tucker says by phone. “So you’re still not eating a whole food,” which warrants concern for ingredients.

“We want to look at the label, and what is the process of making into the hybrid that it becomes,” she said. “Some are very high in sodium, and a lot are made from gluten. So if you’re gluten intolerant or have a soy allergy, you aren’t going to be able to eat [these meat substitutes].”

Most of the plant butchers listed here are using seitan, also called “wheat meat.” It’s made out of the protein part of wheat and commonly used for mock pork, chicken or beef. The Vegetarian Resource Group says some vegetarians actually find the texture “too meaty,” but that it’s extremely versatile. Over at Berkeley Wellness, they explain that meat substitutes offer some real positives: just as much protein, lower fat, lower calories, and more fiber than animal meat. However, they lack some of the vitamins and minerals found in animal meat, can be high in sodium (as much as 400 mg a serving), and may have additives.

But because it’s harder to determine the nutritional value of foods when eating out, Tucker says it’s best to go with the same recommendation you’d follow for eating any processed foods, which is to keep it to five or 10 percent of a whole-foods based diet.

The other issue is habit: By leaning too heavily on fake meat products to feel full or replace animal protein, you’re limiting your options. Ideally, a healthier diet is a mix of whole grains, legumes, nuts, and vegetables. Tucker says if you still don’t feel full after building your diet around those, you could add in fake meats, or a plant-based protein powder. “But again,” she cautions, “you don’t want to get too dependent.”

For this reason, she recommends items made focused around the whole vegetable and seasoning, like a beet burger, or the cauliflower T-bone. In a look at the healthfulness of mock meats, eco-friendly site One Green Planet says try either making your own fake meat at home, or lett whole foods “stand on their own,” by, for instance, sautéing a Portobello mushroom in balsamic vinegar.

Yeah, so why eat fake meat at all?

Meat has a powerful draw! Your Daily Vegan explains that most vegans know mock meat doesn’t really taste like meat—it’s “reminiscent” of meat in texture, taste, and appearance. And while that may seem like semantic wordplay, it’s an important distinction.

“Tastes and smells are very nostalgic,” Tucker says. “And that’s a valuable element in eating. But a lot of our understanding about meat is marketing,” Tucker says. “We were told meat is the center of our diet and makes us big and strong. We’ve just been programmed to think of meat in that way and it’s very hard to counteract or reverse.”

This is why so many former meat eaters still crave the satisfaction of a good hot dog or grilled burger, and are happy to take a reasonable facsimile. If the plant butcher trend is any indication, those options will soon be as ubiquitous as an old-school butcher, just without the dietary, ethical, or environmental hangups. Or meat.