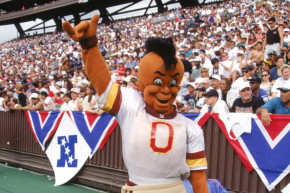 The Awful, Racist History Of The Sports Mascot
By Robert Silverman

The Awful, Racist History Of The Sports Mascot 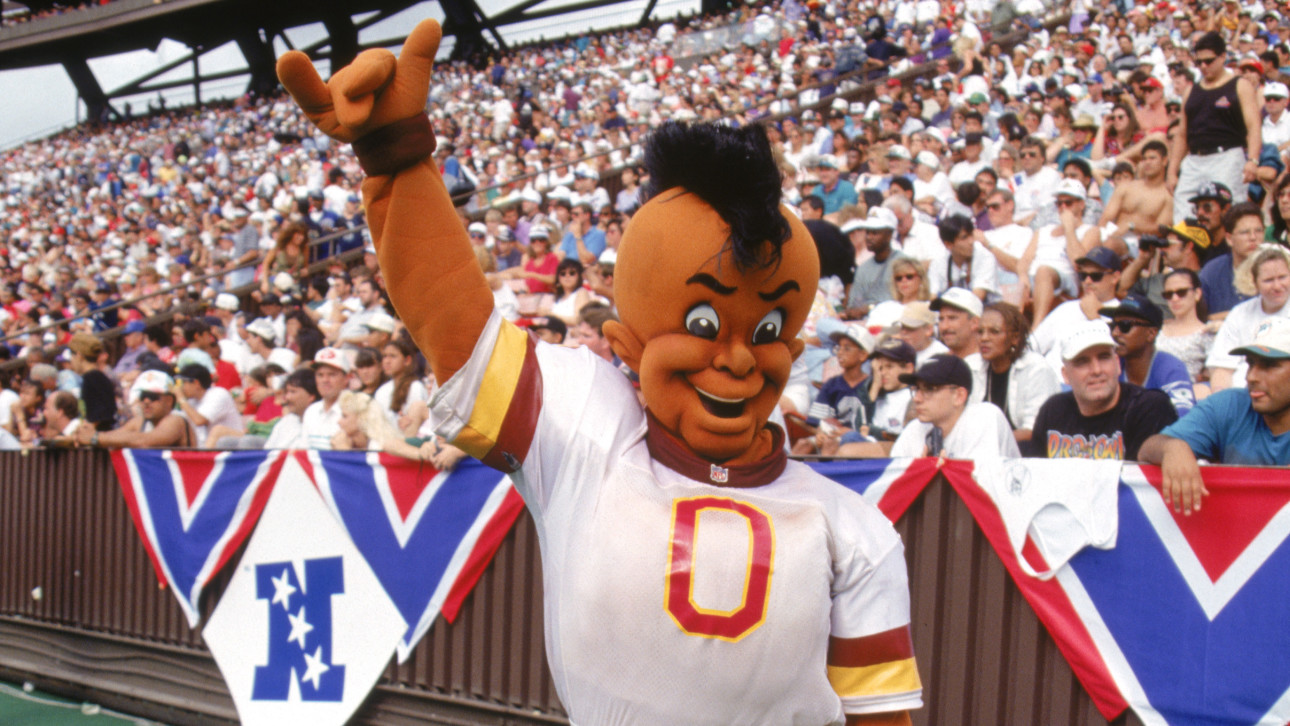 Robin Lopez is right: mascots should be hunted down like the bastardized mutant puppets that they are and pummeled beyond recognition until the world is cleansed of their horrifying existence. If there were more brave souls willing to join Lopez’s crusade, maybe we’d be spared the most recent grotesque addition to this rogue’s gallery, the King Cake Baby.

No, really. It seems the Powers That Be in New Orleans thought the Ralph Steadman drawing-cum-Fraggle that is Pierre the Pelican, both the original and the surgically-enhanced, new version, wasn’t already providing decades’ worth of nightmare fuel and mounting therapy bills to any and all small children in attendance, let alone innocent senior citizens.

According to GQ, this monstrous escapee from the Quay Brothers’ Street of Crocodiles represents “a tribute to the culture of New Orleans which includes eating King Cakes at Mardi Gras. Hidden inside the cake is a small plastic baby. Traditionally, whoever gets the baby in their piece of cake is thought to have good luck.”

Well, sure. But corporate marketing choices gone horribly wrong notwithstanding, mascots—from the store-brand Grimaces, the terrifying Triffids, the fine motor control-free Barneys, to the sad, ghoulish reminders of an industry more or less wiped out by late-period global capitalism—aren’t just cuddly beasts taking up space in between t-shirt cannon blasts. They’re the descendants of a particularly nasty part of sports history.

As Gregory Bond explored in “Jim Crow at Play: Race, Manliness, and the Color Line in American Sports,” a litany of all-white teams in the late 19th and early 20th century employed African-American men and children “usually dressed in garish or foolish uniforms” who then “pranced and cavorted on the sidelines to entertain the crowd and to distract the opposition.”

In 1909, the Milwaukee Sentinel ran an illustration depicting the minor league Milwaukee Brewers’ mascot and, well, take a look for yourself.

Even noted racist Ty Cobb managed to overcome his disgust over sharing space with an African American as long as it might wring out a few more base hits from the rest of the lineup. In 1908, Cobb found a homeless kid named Ulysses Harrison, took him with him to the ballpark, gave him a job, and rechristened him, “Li’l Rastus.”

As reported by the Detroit News:

The Tigers had a pickaninny batboy with hair full of corkscrew kinks. When (Germany) Schaefer went to bat in the fourth he rubbed his bat in the darky’s hair and then singled. Some of the rooters advised Cobb to try the same method but the pickaninny, knowing Ty’s nativity, kept well out of his way.

But it’s not just Jim Crow-era African Americans that were dressed up as degraded, clownish harbingers of good fortune. For turn of the century athletes, the other chief source of fate-skewering powers were people suffering from various disabilities.

“Lefthanders, hunchbacks and cross-eyed people were all considered something special,” Harold Seymour wrote in “Baseball: The Golden Age,” “Touching a hunchback was popularly believed to bring good luck.“

According to the Society for American Baseball Research, Eddie Bennett, a 15-year-old orphan whose “accident during infancy left him with a serious spinal injury” got a gig with the infamous 1919 Black Sox after Happy Felsch saw him in the stands and declared, “a hunchback should be lucky.”

Felsch went on to have a dandy day at the plate and Bennett became the Sox’s mascot-slash-batboy. After the Sox were thrown out of baseball, Bennett moved on to the Brooklyn Robins. When the team failed to take him with them on the road and they dropped four straight to the Cleveland Indians, it was assumed that he’d placed a “curse” on them. Naturally, the New York Yankees soon snapped him up and he remained with the team until 1932 when he was hit by a taxi. Bennett died of complications from alcoholism three years later.

Charles “Victory” Faust was a mentally ill young man that John McGraw took a liking to after he showed up at the ballpark, claiming he’d been “told by a fortuneteller that he would pitch the Giants to the championship.” However, “conning [Faust] into circling the bases while the Giants infielders threw the ball away so he would slide into each base” such that “he wound up at home plate covered with dust, his Sunday clothes torn and his skin raw,” isn’t the kind of thing you normally do to your friends, let alone a lucky charm.

The Giants went 36-2 with Faust in uniform and performing pre-game “antics” to entertain the swells in the stands, though they dropped the 1911 World Series to Connie Mack’s Philadelphia Athletics. (Faust was soon ditched by the Giants, diagnosed with “dementia,” and sent to the asylum where he perished in 1915.)

But Mack possessed an even more magical talisman of his own, one Louis Van Zelst, “a hunchbacked-dwarf teenager whose misshapen body was the result of a fall he took at the age of eight… he was considered to be so lucky that players often rubbed their bats on his hump when attempting to get out of a slump.”

Lest we think that we’ve grown so enlightened as to recoil and snicker at this kind of backward thinking, it’s worth delving way back in time to 2004 and the Red Sox very own “lucky charm,” Nelson de la Rosa. The “world’s shortest actor” befriended Pedro Martinez shortly before Boston’s miraculous World Series run and was a near-constant presence in the dugout and in the locker room, often toted around by Martinez on his shoulders as they snapped their 86-year championship drought. De la Rosa and Martinez soon had a falling out that de la Rosa said broke his heart. He died two years after the Sox’ World Series win and reports at the time suggested his body could be put on display in a museum.

In the grand scheme of things, perhaps the Pelicans’ giant feral infant isn’t so bad after all.

The New Orleans Pelicans did not respond to a request for comment regarding King Cake Baby.