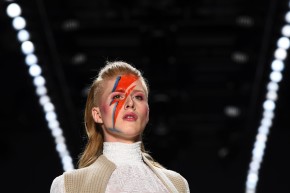 The posthumous popularity of a style icon 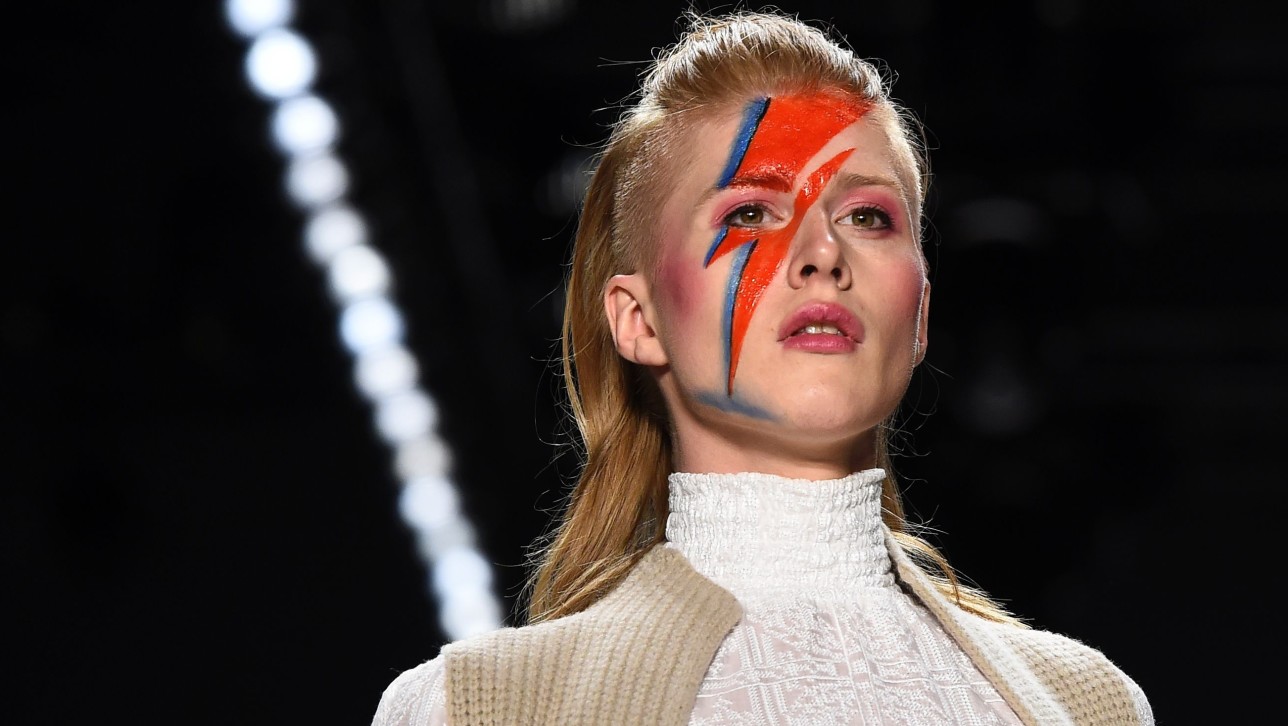 David Bowie’s influence is all over fashion, and it’s been that way for decades. It’s there in flashes of colorful eye makeup, bold, tailored suits, and gender-bending style. So it’s only natural that the industry, which was in the midst of men’s spring 2016 fashion shows when Bowie died on January 10, has come out in full force to pay homage to one of its greatest inspirations.

Burberry mourned Bowie in a number of ways in its London show, held the very day he passed. It played both “Changes” and “Oh You Pretty Things” before and after the show. Models were made up with Ziggy Stardust sparkles under their eyes, and one model, Hayett McCarthy had “Bowie” written across her palms. That was not planned by the label, but Burberry allowed McCarthy, who has modeled in campaigns for the British brand in the past, to just go for it.

Donatella Versace closed out the show for her Milan menswear collection with the song “Space Oddity.” Coincidentally, she said she found inspiration for the space-age style line from the stars themselves, which must have been meant to be. At Ermenegildo Zegna, models walked the stage to Bowie’s 1975 album Young Americans. Giorgio Armani also joined the tribute party, playing a recording of Bowie performing live before the Emporio Armani show started. The collection that followed, WWD reports, felt a bit Bowie-influenced, with “models decked in silver foil skiwear that had a Space Age feel.”

Some designers channeled Bowie’s spirit in hair and makeup. At the spring 2016 Maison Martin Margiela couture show in Paris, models embodied various versions of Bowie, who was a fashion chameleon. Some wore brightly-colored angular wigs, with faces sprinkled with stars, inspired by the Bowie’s Ziggy Stardust persona. Some models wore Bowie-esque lip marks printed on their faces. Others had wild, dark makeup on just one eye, harkening back to glam style Bowie pioneered in the late ’70s.

But Bowie’s influence is palpable even in the shows that did not directly honor the fallen star, and there are far too many collections past that have been distinctly Bowie-inspired to name. John-Paul Gaultier’s spring 2013 collection, Alexander McQueen’s resort 2013 collection, and Miu Miu’s fall 2012 line are a few examples. Bowie’s influence is pervasive, and his hand is everywhere in fashion. So it’s no surprise that a couple of collections drew direct inspiration from him for the lines they’re currently showing. The timing just ended up being serendipitous, as Dazed reports:

Per the New York Times, Costume National designer Ennio Capasa debuted “a tidily edited collection inspired, as usual, by rock musicians like his friend Mr. Bowie and whose high point was a sequence of reed thin suits in colors like electric blue, aquamarine or grass green.” Both Caspada and Peter Dundas of Roberto Cavalli told the AP that they often found inspiration in Bowies’s work. Of course, they’re not alone. David Bowie’s mark on fashion, art, music and the place where the three intersect will live on forever. The runway is just one place carrying his torch. Fashion Week (which is really more like a month) isn’t over yet either. New York Fashion Week starts February 11, and no doubt, Bowie’s presence will be felt there too.