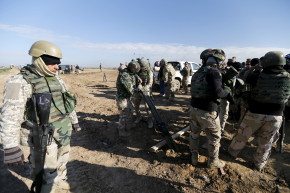 As the U.S. ramps up its campaign against ISIS, concerns about Iraqi security forces grow 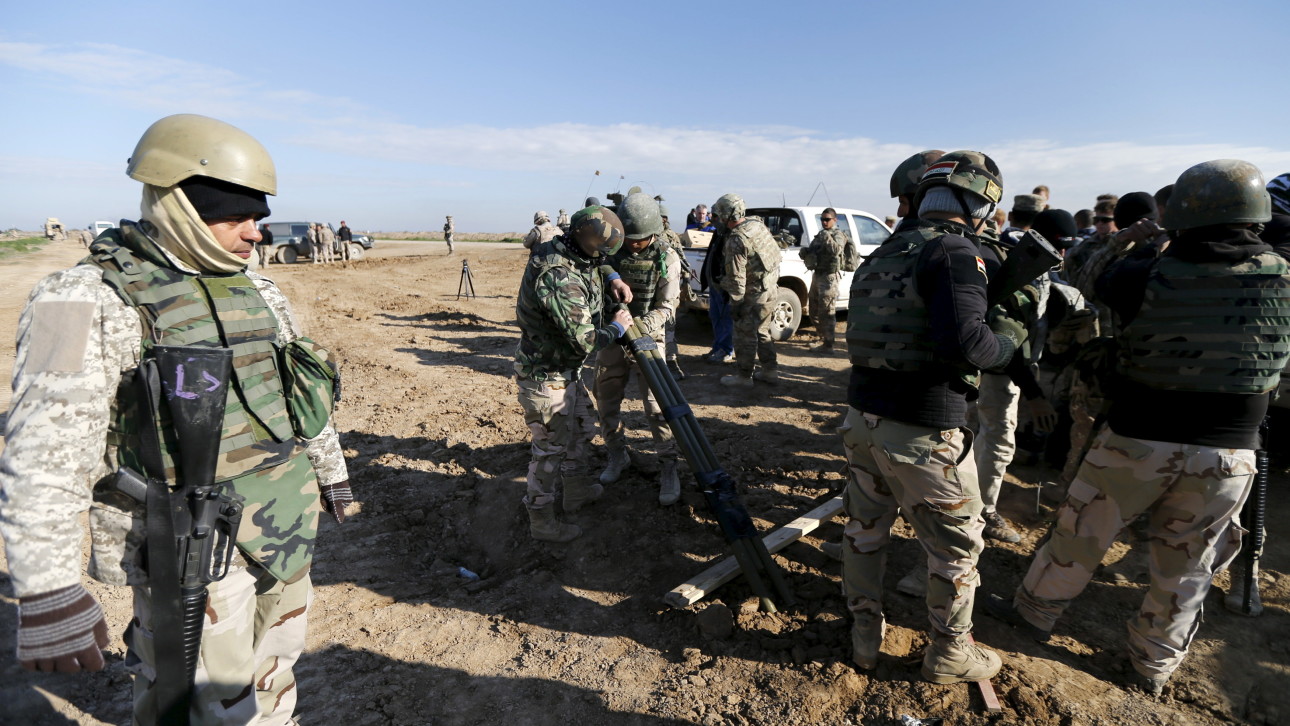 An aggressive push by the United States to intensify the fight against the Islamic State is running up against the limitations of local fighters in Iraq, forcing more U.S. mission creep as the conflict continues.

Emboldened by the recent recapture of most of the city of Ramadi, the Pentagon has been on a media campaign to promote its plans to go straight for the heart of ISIS in Iraq: the city of Mosul. There, the terror group runs a state-like apparatus, including a functioning bureaucracy and economy. Defense Secretary Ashton Carter is publicly heralding the looming showdown, declaring in a flurry of speeches and opinion pieces that “it’s time to accelerate” the fight against the Sunni extremists. Upbeat defense officials, speaking anonymously, insist that the White House has finally cast off kid gloves and is ready to deliver lasting damage during the final months of the Obama presidency.

But beneath the bullish talk and budding confidence remains uncertainty as to whether the Iraqi Army and other local forces central to the offensive will be ready to trounce the jihadists when the time comes. As the rhetoric around dealing a crushing blow to ISIS rises, so have doubts about the troops’ ability to actually carry out the task.

“The Iraqis are dirt broke and they’re barely holding on to what they just took,” said Patrick Skinner, a terrorism expert and former CIA case officer who spent time in the country. “A lot of things have to go right in order for this plan to work. I just don’t know if it’s realistic.”

To hedge its bets, the Pentagon has continued to expand its military presence on the ground despite skepticism from the president and the American public. Speaking to the New York Times on Thursday night, defense officials said that hundreds more commandos, trainers and advisers from the U.S. and other coalition allies will need to deploy to Iraq and Syria to aid opposition fighters.

The capability of Iraqi security forces is no minor matter. Aided by airstrikes from the American-led coalition, the patchwork of Iraqi military, police, Kurdish peshmerga and armed Sunni tribesmen remain the linchpin of the strategy to defeat ISIS, according to the Pentagon.

“It must be local forces who deliver [ISIS] a lasting defeat, because only they can secure and govern the territory by building long-term trust within the populations they liberate,” Carter wrote in Politico Magazine last week. It’s a call he made just days before, at a meeting with coalition allies in Paris, as well as with American troops in Kentucky a week before that. And it’s one aired repeatedly by President Obama, who remains wary of American boots on the ground.

The U.S.-led coalition has already spent $2.3 billion to train and arm more than 16,000 Iraqi security forces, Col. Steven Warren, chief spokesman for the U.S. military in Baghdad, said earlier this month. There are signs these efforts are paying off. Backed by U.S. special forces, Kurdish fighters recaptured the northern Iraqi town on Sinjar in November. In late December, it was a loose conglomeration of anti-ISIS fighters who closed in on the center of Ramadi to wrest the city back. ISIS had controlled the strategic capital of Anbar province since May.

Still, analysts say it may be difficult for local fighters to sustain momentum in the months ahead.

“They simply don’t have the manpower to swiftly recapture these remaining areas.” said Patrick Martin, a researcher at the Institute for the Study of War who focuses on Iraqi security forces. He and other experts who spoke with Vocativ said the success at Ramadi will be tough to replicate. First off, Mosul will need more than the roughly 10,000 Iraqi troops used in Ramadi, who reportedly outnumbered ISIS fighters there 10-to-1. The kind of battle fought in Ramadi, led by Iraq’s elite counterterrorism force, is not possible in a city the size of Mosul, believed to still be him to over a million civilians, experts said.

Other challenges persist. Military trainers and analysts told the Associated Press that the Iraqi Army faced lingering shortcomings despite months of U.S. training. Martin said that whether local forces can hold recaptured territory longterm remains to be seen. Irregular salaries and fighting fatigue are looming concerns.

Adding to the strain is the plunging price of oil, now threatening to bankrupt Kurdish and Iraqi coffers. Kurdish officials recently told the Associated Press that due to a growing budget crisis, the peshmerga had not been paid a salary since August 2015. Last week, Iraqi Prime Minister Haidar al-Abadi told an elite audience at the World Economic Forum in Davos that the oil crash could undermine his country’s fight against the terror group.

Ironically, Carter made a last-minute appearance at the annual Swiss conference, where he hyped the anti-ISIS campaign.

More ISIS Mission Creep: A Brief History Of US Forces In Syria

As concerns grow, the U.S. military finds itself inching ever-closer toward the battlefield that Obama has sought to avoid. In December, Carter announced that the U.S. would deploy about 200 special operations forces to Iraq to aid with intelligence and apply greater pressure on ISIS. Another 1,800 American troops will be on the ground in Iraq by late spring to train and assist Iraqi forces, officials said. Around 3,700 American troops are currently in Iraq.

U.S. commanders are now debating whether to “integrate” some of these forces within Iraqi military outposts and bases, said Gen. Joseph Dunford, the chairman of the Joint Chiefs of Staff, on Sunday. Doing so would embed American troops with Iraqi forces, placing them closer to the fighting.

Michael Knights, a military expert with the Washington Institute for Near East Policy, said he believes that, given the ongoing buildup, Iraqi forces will ultimately deliver a mortal blow to the Islamic State in Mosul. However, he said, there’s a good chance that Obama will be out of office by the time that happens.

“Things going wrong is a really likely scenario,” said Knights.  “Nothing ever goes as easy as you hope for in Iraq.”