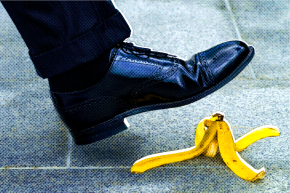 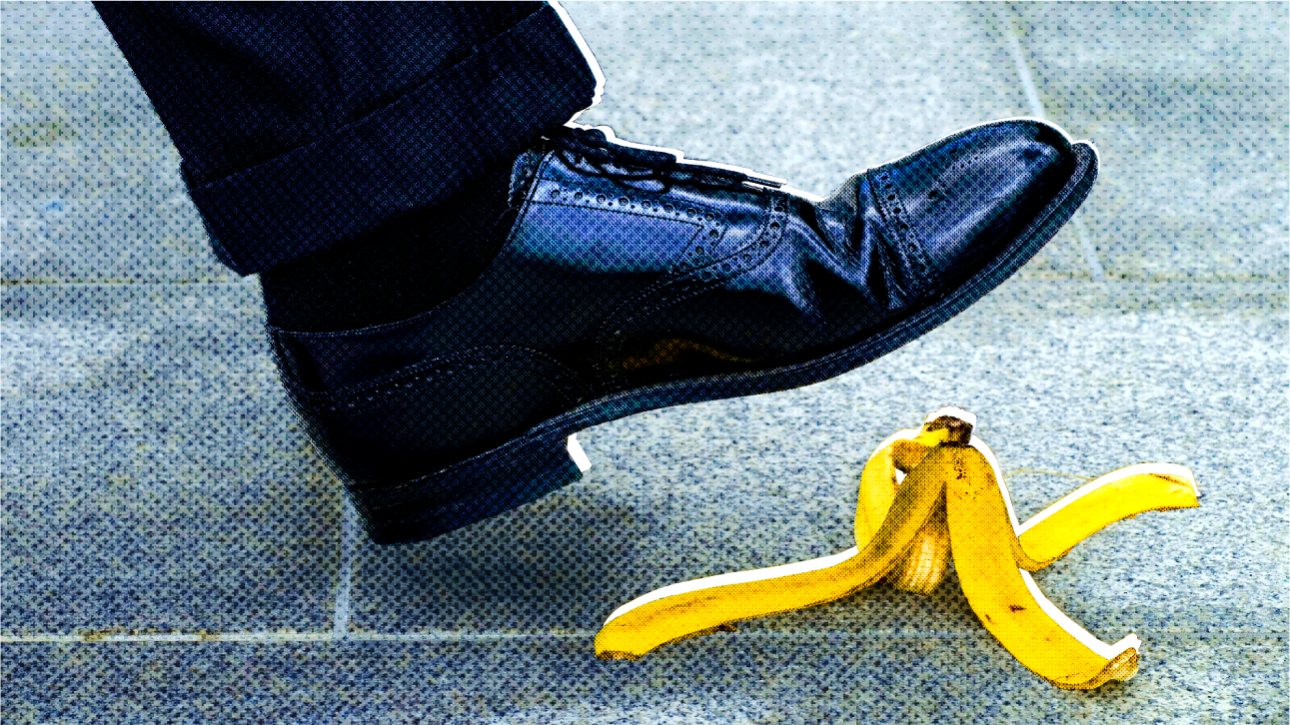 The internet has long been seeking an answer to an age-old question: “If all your friends jumped off a bridge, would you?” The answer, seemingly, is a resounding yes, and nowhere is this more apparent than with viral internet challenges, which almost always center around some outlandish task that you’re almost guaranteed to fail at. The challenge of the moment is the banana peel challenge (just like it sounds), but it’s only the latest of a rich and storied history of stupid internet challenges.

Imagine something middle schoolkids might dare each other to do at lunchtime, and you have a pretty good idea how the internet challenge dynamic works. An often stupid, borderline dangerous, and sometimes even deadly task that has to be documented on video, posted online somewhere, and often hashtagged. Because if you don’t film it and show all your friends and mere internet acquaintances, it doesn’t count.

The banana peel challenge is something plucked right out of a Bugs Bunny cartoon. It involves placing a banana peel on the floor and seeing if it will actually make you slip. Surprise! It usually does, and if at first you don’t succeed, try again, and don’t forget to post the video of you falling painfully online. The gauntlet was first thrown on Twitter Sunday night. Vocativ found nearly 2,000 tweets using the #bananapeelchallenge since. Laughing at people falling down is a great American tradition.

But this isn’t the first such idiotic craze. And in all likelihood, it’s far from the last. Which is why we’ve assembled a brief history of people ruining themselves in the name of internet fame.

Early 2000s: The saltine cracker challenge might be the first that everyone on the internet deemed essential, but it actually has its origins in print. A 1996 AP story told an anecdote about then-Tennessee Volunteers quarterback Peyton Manning who, once bet he couldn’t eat six saltine crackers in under 60 seconds, practiced and practiced until he could. Wikipedia notes that it appeared on the morning talk show, The Early Show, in 2001, and again on Good Morning America in 2008. As for when the internet started taking the challenge? A Google search suggests probably sometime in the early aughts.

2001: The genesis of the saltine cracker challenge might be easier to trace, but the cinnamon challenge is also pretty old. It has been around for a long time, but hit the internet around 2001, peaking in popularity in the spring of 2012. The challenge itself is simple: swallow a spoonful of cinnamon without drinking anything. Honestly, that’s it. But it’s hilarious to watch, because it dries out your throat and you inevitably begin to gag. Most of the time it just results in the challenge-taker spewing out cinnamon all over the room. It also poses the risk of choking, being poisoned, or dealing with a collapsed lung.

2005: The salt and ice challenge arrived in the form of a video uploaded to Break.com, according to Know Your Meme. As the name suggests, it involves dousing your body in salt and rubbing ice on it and seeing how long you can stand the burning sensation the reaction between salt and ice creates. In 2012, one kid in Pittsburg suffered second-degree burns as a result, and that was probably the peak of this challenge, although there have been cautionary mentions in the news as recently as 2014. By the way, don’t Google the pictures (or do…I’m not the boss of you): they’re bad! It also goes without saying you should not take the salt and ice challenge.

Mid-2000s: The Sprite and banana challenge was also invented in the mid-2000s, although its exact origins are not clear. This one asks you to eat two bananas and drink a Sprite without retching, and Know Your Meme claims it came about in the early 2000s.

2006: It’s possible it’s somewhat of an inspiration for something similar, the Diet Coke and Mentos challenge. It started as a YouTube video where two guys stuffed Mentos into a two-liter bottle of Diet Coke in order to create a geyser-like explosion. But of course, since this is the internet, that same year, another YouTuber translated it to a human experiment, stuffing Mentos in his mouth, then drinking Diet Coke, making his head into a sugary volcano. In 2008, the challenge appeared on Mythbusters, where the hosts wondered whether or not the combination could explode your stomach. YouTubers have picked up from there, and now the idea is that you fill your mouth with Mentos and try to drink Diet Coke without spilling. And it’s pretty much scientifically impossible to do so!

2011: The Internet introduced the hot pepper challenge, another simple one that involves eating as many hot peppers (usually ghost peppers) as you can. But 2012 was the year internet challenges really took hold. That May, the first condom challenge video was uploaded to YouTube.

2012: The condom challenge arrived, which involves snorting a condom up through one nostril and pull it out the other, and is just stupid enough to blossom into a trend. This gained popularity in 2013, when other YouTubers began to copy the stunt, but is not to be confused with the water condom challenge, which hit the internet in 2015 and involved dropping a water-filled condom over someone’s head without popping it. Spoiler alert: the condom usually pops.

The gallon challenge also came up around 2012 as well. This one’s fun! You’re supposed to drink a whole gallon of milk without puking. But guess what? You can’t do it! You will vomit milk everywhere, because your body can’t hold that much, unless you are competitive eating world champ Takeru Kobayashi.

Then there is a dumber class of challenges that involves bodily risk, such as the fire challenge, another one from 2012. This is a challenge started when YouTuber 1BlazinEagle1 lighted his chest hair on fire.

2013: YouTube and Vine copycats started taking the fire challenge one step further, i.e. getting open flames as close to their bodies without burning themselves. This challenge has also been reinterpreted on YouTube, where kids will put commonly-used household items such as hand sanitizer on their bodies, then light themselves on fire. It almost always goes poorly, and in 2014, it put a Kentucky teen in the hospital.

2014: Out of all of the challenges on the internet, the most memorable was the ice bucket challenge. Why was this one popular? Because not only did it make people look like idiots online, it also made them feel like they were supporting a cause. The idea here was you either donate money to ALS research or you douse yourself in ice water. Believe it or not, many people would rather choose the latter. But if there is a moral to the story, it’s that not all challenges are bad.

2015: It’s worth mentioning a timely new challenge invented in 2015, the Kylie Jenner lip challenge. In this one, teens stick their lips in a glass or a bottle and let the suction make their lips large, like Kylie Jenner’s. Enough people did it for a 15-minute compilation of fails and for Kylie to speak out against the dumb-ass challenge on Twitter.

2016: The duct tape challenge involves wrapping a person in–you guessed it–duct tape and seeing how long it takes him or her to escape. It made news in January because a kid in Oregon fell trying to free himself, hit his head, and suffered an aneurism as a result. Besides almost dying, he now has 48 stitches in his head.

But the idea of internet challenges are usually dumb, and they are getting farther and farther afield. Who had enough time to think up the water condom challenge? (Spoiler: teens!).

There are all kinds of challenges out there online. If you search “challenge” on YouTube, you’ll get pages upon of pages of results. There’s the tea bag challenge (swallow a tea bag); the cereal challenge (eat cereal out of a bathtub); the french fry challenge (I’m not sure); whipped cream challenge (see previous); and so on and so forth. Some are dangerous, some are silly, and some are actually fun. As long as the internet exists, there will be new challenges invented. Some will result in mass internet hysteria. Others will rule your entire Facebook just like the ice bucket challenge did for a whole summer. It’ll seem like everyone’s doing it. Just don’t feel like you have to jump off that bridge too.