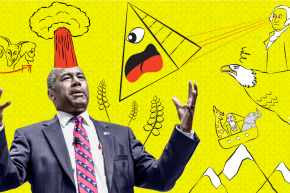 Ben Carson Wants To Be The JFK Of Cyberspace 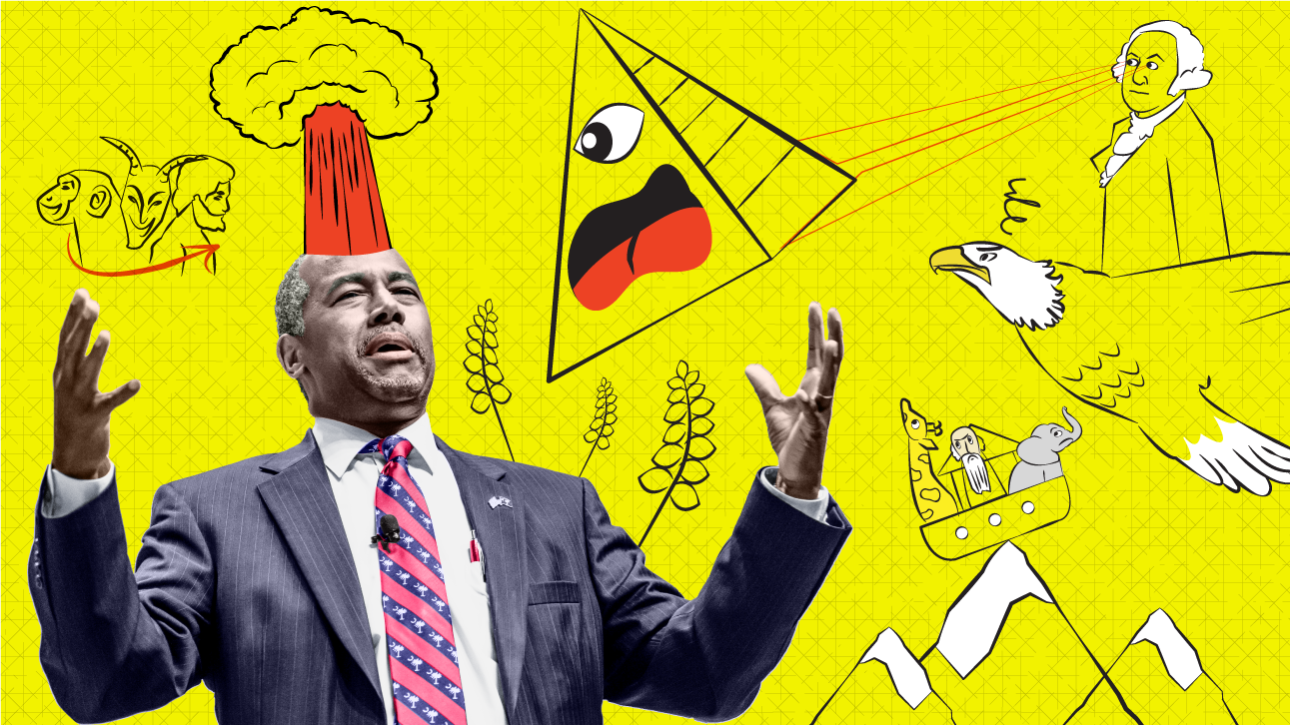 America is in the midst of a heated cyberspace race and Ben Carson knows how to win, according to a recent blog post he wrote on the World Wide Web. After so memorably demonstrating his, uh, less than perfect knowledge of foreign policy and world history, Carson proved Tuesday that he might be just as clueless about cyber security.

This week, the candidate released a cyber security plan and wrote about his vision in a post for Re/code, “Winning The 21st Century Cyberspace Race.” The article explains how vulnerable the nation is and how Carson can make America secure again.

More The History Of The World According To Dr. Ben Carson

The post begins with a shot of Carson posing for an iPhone selfie, and then goes on to include many sentences. Those sentences include phrases like “sophisticated cyber attack,” “recent cyber attacks,” “cyber security,” “America’s cyber sector,” “winning the cyberspace race,” “national cyber defense,” “hackers and cyber armies,” “cyber security firms,” “cyber attacks and data breaches,” “cyber plan,” “America is locked in a 21st century cyberspace race,” “cyber innovation” and “the establishment of a National Cyber Security Administration.”

That last phrase is the central cyber pillar of Carson’s cyber manifesto. Carson wants to create a new cyber-focused administration that will educate and empower American citizens, strengthen law enforcement and infrastructure, investigate data breaches and serve as a “central resource for digital privacy and civil liberties.” Carson believes this new organization, the NCSA, would secure America’s placement in cyberspace the way that NASA secured the nation’s placement in outer space during the 1960s. Yes, that would make Ben Carson the JFK of the internet.

In an earlier demonstration of his cyber smarts, Cason took Obama to task at a GOP debate earlier this month.

“The fact of the matter is [President Obama] doesn’t realize that we now live in the 21st century, and that war is very different than it used to be before,” Carson said, responding to a question about ISIS. “Now we have dirty bombs and we have cyber attacks and we have people who will be attacking our electrical grid … I mean, just think about a scenario like that. They explode the bomb, we have an electromagnetic pulse. They hit us with a cyberattack simultaneously and dirty bombs.”

Ben Carson is a big Independence Day fan I take it. https://t.co/t4GZLu6HTD