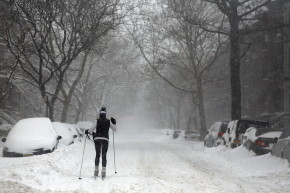 New Yorkers Dig Out From Second-Biggest Snowfall Since 1869

The 26.8 inches of snow that fell on New York City broke records 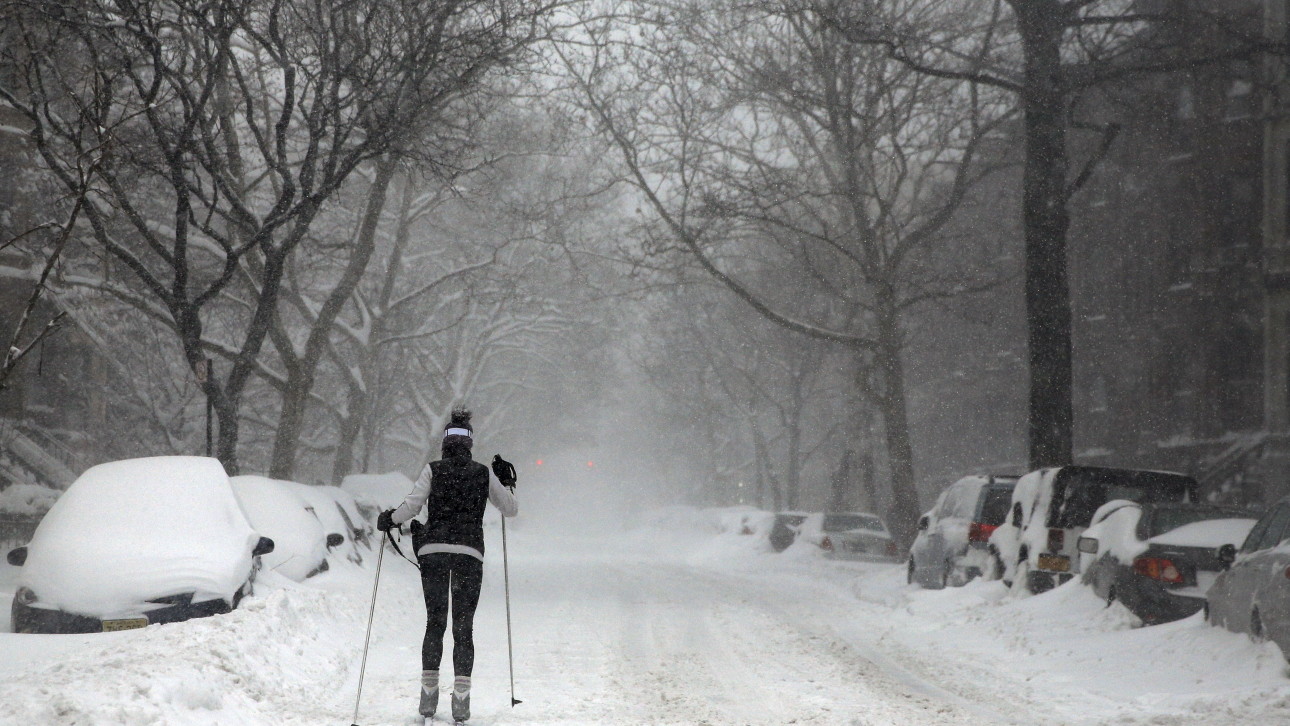 A woman skied through the streets of Brooklyn on January 23. — REUTERS
By Sarah Kaufman, Jishai Evers and Jody Sieradzki
Jan 24, 2016 at 12:21 PM ET

Winter Storm Jonas dumped 26.8 inches on Central Park in New York City over the weekend—just a tenth of an inch less than the biggest snowfall on record since 1869. The largest snowstorm hit the city almost exactly a decade ago.

On Sunday, New Yorkers started digging out from the storm that pummeled states up and down the East Coast. Jonas reached from New York to D.C. and Baltimore, and even brought flurries to northern parts of Florida, according to The Weather Channel. The storm killed at least 19 people, according to Reuters, and left a quarter of a million people without power, The Weather Channel said.

The last time a snowstorm came close to dropping as much snow as Jonas did in Central Park over the weekend was nearly 70 years ago, in the big storm of 1947, when “the air grew filled with snowflakes so huge and thick it was almost impossible to see across the street,” LIFE Magazine wrote in 1948.

This weekend’s storm was so big it paved the way for January 2016 to break records. The month has now seen the third-highest snowfall of any January since 1869. Januaries in 2011 and 1925 saw a record-setting 36 inches and 27.4 inches, respectively, according to data from The Weather Channel.