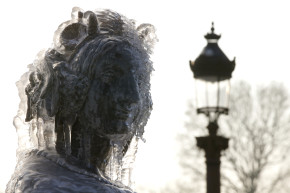 That Time Some Kids Hacked The News And Canceled School

It's harder than ever to prank news stations with fake school closings, but in 2004, pranksters got one.

With winter storm Jonas set to blitz some 30 million people from D.C. to New York City over the next 24 hours, there are bound to be school closures. But even if there aren’t, antsy pranksters may emerge anyway, attempting to trip up news stations with fake closure reports in places that dodge the drift. It happened in Chattanooga, Tenn., this week, when a kid tweeted Chattanooga ABC-affiliate WTVC NewsChannel 9 impersonating a school official, trying to get schools closed.

WTVC news director Dan Lehr, who provided the comeback, told New York magazine that there was absolutely no confusing the tweet for the real thing.

“This DM was so obviously from a kid, there was never any doubt,” Lehr said. “Our entire newsroom thought it was hilarious. As most kids do, she used pseudonyms for her Twitter handles – I don’t know what her actual name is.”

And thus, a warning to all would-be pranksters in the Hamilton County area was issued:

Also, kids? Don’t DM us pretending you are some school official cancelling school. Closings don’t work like that. & we’re not that dumb.

Lehr said despite being inundated with school kids asking whether their school was closed or not, there had only been the one attempt at trickery. But this must be the sort of thing that news stations field all the time, right?

We spoke with news stations in New York, D.C., Philly, and Baltimore to see how often they get kids attempting to juke the system and play hooky in winter. Either due to a lack of desire to admit they’d ever been punked, or a fear of tempting fate, none of them wanted to speak on record. But off the record, they insisted they have the kids outsmarted on this one.

“It doesn’t happen as much as you would think,” one woman told me. “The system we use, well—it’s not foolproof, but they would need to give us a code and a password for us to report a closure. So without that, we won’t.”

“We don’t really get that problem,” a news reporter told me in Baltimore. “We have an online system, and the school board has to call in with a passcode.”

We also tried some Southern news stations to see if warmer cities that long for more snow days produce more pranksters forcing closures. Multiple Southern stations in Nashville and Atlanta gave the same answers: It never happens to us.

“Our system is automated, so they’d have to use a name and password that they’re given,” an assignment desk editor in Nashville told me. When pressed, she admitted the only incident of a prank she was aware of involved a rookie editor pre-automation era taking a fake call and not knowing to ask for a password. It was quickly corrected with a call from the school, and life went on.

“We have an extremely strict system,” said a news director in Atlanta. “There are specific codes for every school to avoid that problem exactly.” A news desk man just outside Atlanta swore it never happens to them, either. “It’s all electronic now,” said the self-described veteran. “Back in the day it used to be more of a problem, but we have all these systems in place for years now. The school system has to sign up, we give you a number, you put that secret number in, and you select the type of closure.”

But hack some kids did in what may be the best, most effective school closure prank via news station in history. On Feb. 26, 2004, Raleigh, North Carolina had been hit by a record nasty winter storm that quadrupled accidents and stranded interstate drivers for hours, with some places getting an unheard of 15 inches.

Local station TWC News 14 dutifully reported the school and business closures they received through their web system, which allowed companies and schools to log in, enter a closure for review by the station, which, once approved by a station staffer, entered the rotating ticker at the bottom of the screen.

But there was a loophole in the system, and once you’d entered one legitimate closure, you could edit it as often as you wanted without human review—and lock it in for a 12-hour run. When the pranksters at university nerds message board Wolf Web figured this out, things got a little out of hand, and the joke closures started rolling in:

“All your base are belong to us” is a nerd joke from the 1989 arcade shooter Zero Wing.

This means hacked in geek speak.

We’ll never know how the sausage really gets made.

You’ll want to say this one out loud—alone.

Hadda be fun to read on-air.

For the truly tasteless in all of us.

It all seems a little too good to be true, but a call to the TWC station’s newsroom to confirm the event really happened elicited a laugh and a sigh. “Yes, it happened,” the woman said, who wished to remain anonymous but directed to me those who would remember that fateful day. Calls to employees who witnessed the original prank were unreturned, but a news story about the incident in March of 2004 from a security site called Security Focus got intel from the station’s former director of technology, Charlie Schell. Schell insisted that the system had not been abused in the two or three years they’d been using it. “We immediately implemented changes to the system,” he said.

Schell added that there was no fallout from the prank. They “received no complaints from viewers.” If anything, it appears news stations everywhere have simply guarded their loins, and tightened their school closures procedure, so that this never happens again. See the compiled account of the incident here: