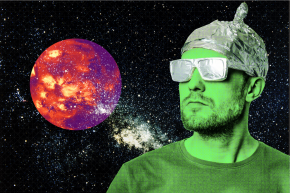 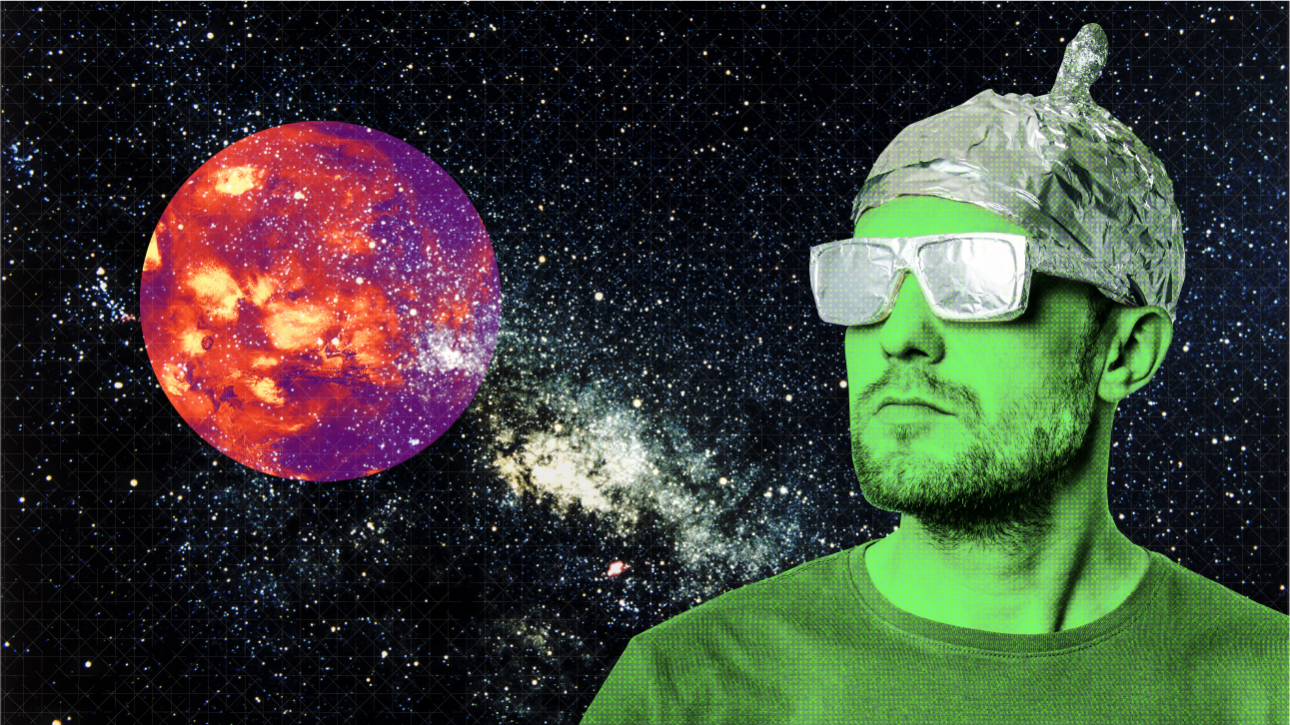 Researchers at Caltech discovered evidence of a new planet in our solar system that many scientists are referring to as Planet X. But the original Planet X truthers— men and women who have spent years warning the public of a giant inhabited planet on a crash course with Earth—are not impressed.

The Planet X (or Nibiru) conspiracy theory began in 1995 when Wisconsin native Nancy Lieder launched the website ZetaTalk in order to publicize messages she believed the Zeta alien race shared to her via an implanted device. The planet’s name, “Nibiru,” was drawn from author Zecharia Sitchin’s book “The 12th Planet,” about a race of ancient aliens who visited Earth and created Homo sapiens to enslave them. Lieder applied a doomsday filter to Sitchin’s teachings and announced that Nibiru was destined to collide with Earth. Her message drew significant media attention two years later when she announced that, according to the Zetas, the Comet Hale-Bopp was fake—a fabricated story meant to distract us from Planet X.

Lieder also thinks Caltech’s recent planetary discovery is a distraction, to “keep the sheeple dumb and compliant.” She told Vocativ that the new research doesn’t point to Planet X at all, but rather “Nemesis” a dark binary twin of the Sun. “Zetas have addressed this new discovery (which is not new). Ancient astronomers knew there was something out there perturbing the outer planets.” Lieder wrote in an email. “What confuses the issue is that the Sun’s binary and Nibiru BOTH are found in that direction, but it is the Sun’s binary that these articles [about Caltech researchers’ evidence of a ninth planet] are talking about.”

More The Rapture Index: One Man’s 28-Year Quest To Forecast The Apocalypse

The Zeta’s placement of this binary star, Nemesis, also syncs with the Caltech estimate of the possible new planet’s location in the solar system, says Lieder. She claims that in 1996 the Zetas told her the binary star is “18.74 Sun-Pluto” lengths from our Sun. That would be 68.8 billion miles. The Caltech researchers say this ninth planet would be somewhere between 20 billion and 100 billion miles from the Sun. “This is typical ZetaTalk accuracy,” Lieder wrote.

Nibiru, on the other hand, is much closer, according to Lieder. And when it approaches our planet, it will be a Michael Bay dream-come-true. “Earth’s inhabitants are going to experience natural catastrophes of every kind, only portrayed in Hollywood movies thus far,” Bradley Scott, executive editor of PlanetXnews.com told Vocativ. “The upper crust from all walks of life will undoubtedly retreat to their five-star caverns and attempt to ride out hell on earth.”

Scott isn’t surprised that the new study of Planet X “dishonestly” purports that it is on the outskirts of our solar system, putting humans billions of miles out of harm’s way—that way the non-elites won’t be concerned enough prepare. “By the time Planet X does show up it will be too late for the surface-dwellers to prepare for what’s ahead and society will quickly break down while those in the know will already be secured below the surface,” Scott said.

In addition to running Planet X News, Scott also manages Planet X Forum. Some members on the discussion board were equally dubious of the new planetary discovery. One member, “Hedgy” from Belgium, mocked the news in a post, suggesting it’s all a part of a NASA coverup: “oh boy scientists are doing it once and again they think they found something … stupid New planet yeah Riiiiight … It pisses me off really and nasa is playing the flute already. Stop fluting and tell the truth!”

Despite their distrust in how the scientific community and mainstream media are handling this story, a recent poll on Planet X Forum suggests that most members believe that Planet X has arrived. The informal poll shows that 20 out of 30 members think Planet X is close and “will only become more visible over time.”

For the rest of us, who don’t understand why we can’t see this nearby planet, these believers will direct us to the recent flood of YouTube videos that show a mysterious sphere floating in the sky next to the Sun—a sphere that looks similar to a lens flare.

Not all Planet Xers are disappointed with the new findings. Ian Hart, founder of the Nibiru-focused site Annunaki (a reference to the Nirbiru race described by Zecharia Sitchin), is just excited that the general public is becoming aware of another planet in our galactic neighborhood. “I find the news remarkable, not just for the great work from Caltech team but that the mainstream American media had enough sense to cover the story,” Hart said. “My server for Annunaki.org was struggling to keep up with the traffic to our Nibiru section. Only after looking at that traffic spike did I realize the story was resonating with the general public and that something larger was happening.”

For Hart, the hum of his struggling server is the sound of sheeple waking up.