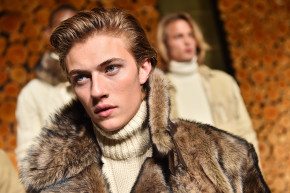 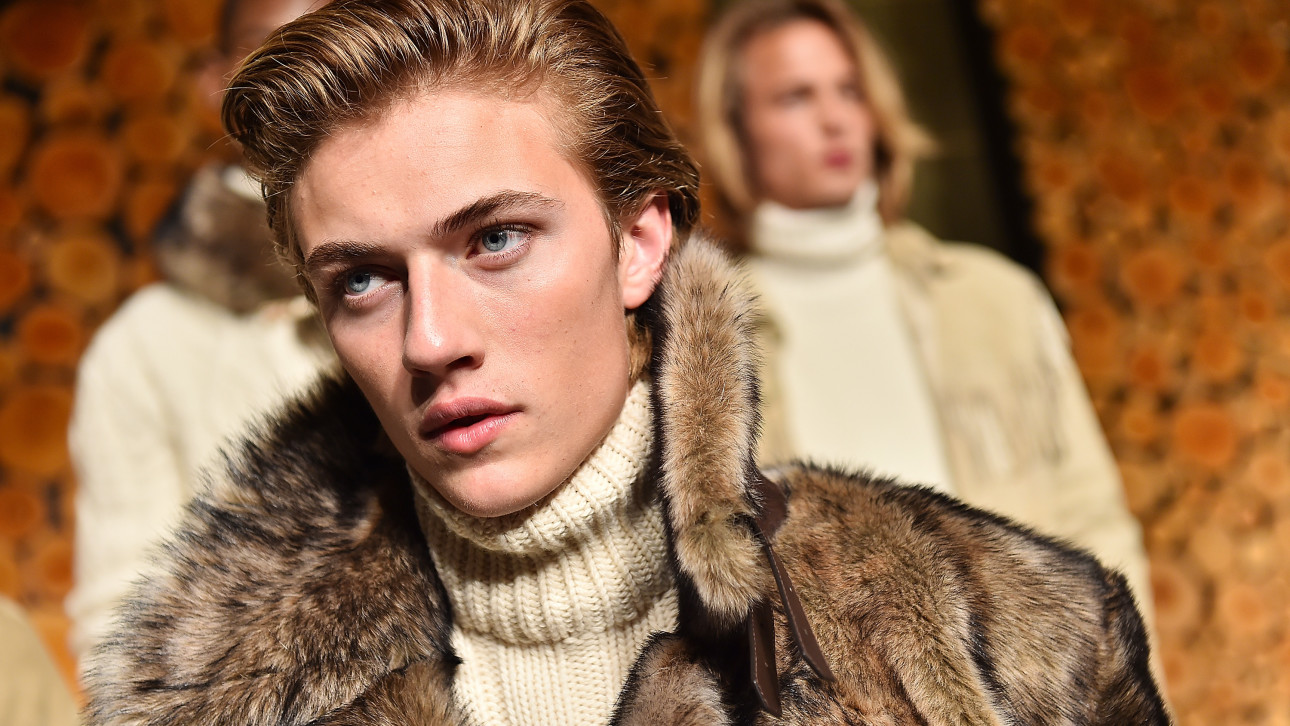 With a name like Lucky Blue Smith, you’re destined to be a model (or a show dog). The 17-year-old platinum blonde by that very name is the former, the model of the moment who, with a newly-formed army of teen fans, seems to have come out of nowhere. He’s the face of Tom Ford, he has a Moncler campaign to his name, and next month, he’ll be all over New York fashion week. His fame exploded in just a year, but how?

For starters, if teens like something, they’re going to be damn sure the rest of the world finds out about it eventually. Smith plays directly to that demographic, regularly interacting with his fans (appropriately dubbed “Lucky Charms”) on his hugely popular Instagram and Twitter accounts. He posts selfies with the simple caption “I love u” or “how are you doing” that are not interpreted as rhetorical, but rather direct communication with the adoring masses. He also regularly hosts meetups that his teen fans flock to in hopes of getting a glimpse of their blonde-headed idol. These methods seem to have worked; his Instagram account has grown from 460,000 followers last January to 1.9 million as of this month.

His popularity may have accelerated in the last year, but he didn’t exactly come out of nowhere. The Utah-born Smith has three older sisters, appropriately named Starlie Cheyenne, Daisy Clementine and Pyper America, who are models as well. They’re also his bandmates in the family supergroup, The Atomics. (Yes, it’s like they’re a super family created in some sort of model factory.)

The youngest Smith was originally discovered when he was 10, and by the time he was 12, he was being shot by Hedi Slimane for Vogue Hommes Japan. Perhaps his first technical “break” came in 2014 when he appeared in a Calvin Klein fragrance ad alongside singer Kelela and Dev Hynes of Blood Orange fame. But in 2015, he really started to blast off.

Despite his massive following (a recent selfie got 150,000 likes, as most do), the media just recently started paying attention. In January of 2015, Business Of Fashion followed Smith around Paris for his first fashion week, while he modeled in shows for designers Jeremy Scott, Fendi, Bottega Veneta, Dunhill, Etro, and Tom Ford. In February, Teen Vogue named him “Model of the Moment.” A few months later, he became the face of Tom Ford. Fashion week 2015 was his first big social media signal boost, and from then, the Instagram likes started rolling in. In March, he’d get a WWD model profile. But as with most famous teens of today, his real introduction to the wider world came on an episode of Ellen, which aired in April of 2015.

“I have never, in all my years as an agent, seen a response like this to a male model,” his agent, Mimi Yapor, told Marie Claire UK in July.

This fall, he and his sister Pyper debuted their Moncler campaign, shot by the legendary Annie Leibovitz in Iceland. In December, he went head-to-head with Kanye West for the title of GQ’s Most Stylish Man Of The Year, and though Yeezy won by a hair, Lucky Blue is still gaining momentum. Models.com named him Male Model of the Year, in both the industry category and the people’s choice category.

2016 promised to be a even bigger. Smith will make his film debut in the teen drama, Love Everlasting. Between that, fashion week, and an ever-growing group of fans, Smith is on track to be not just king of the teens, but one of the most popular male models of all time.