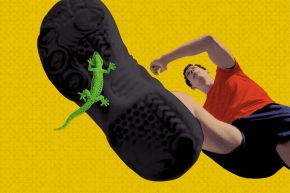 Here’s How Big Your Feet Need To Be To Climb Walls Like Spiderman
By Joshua A. Krisch 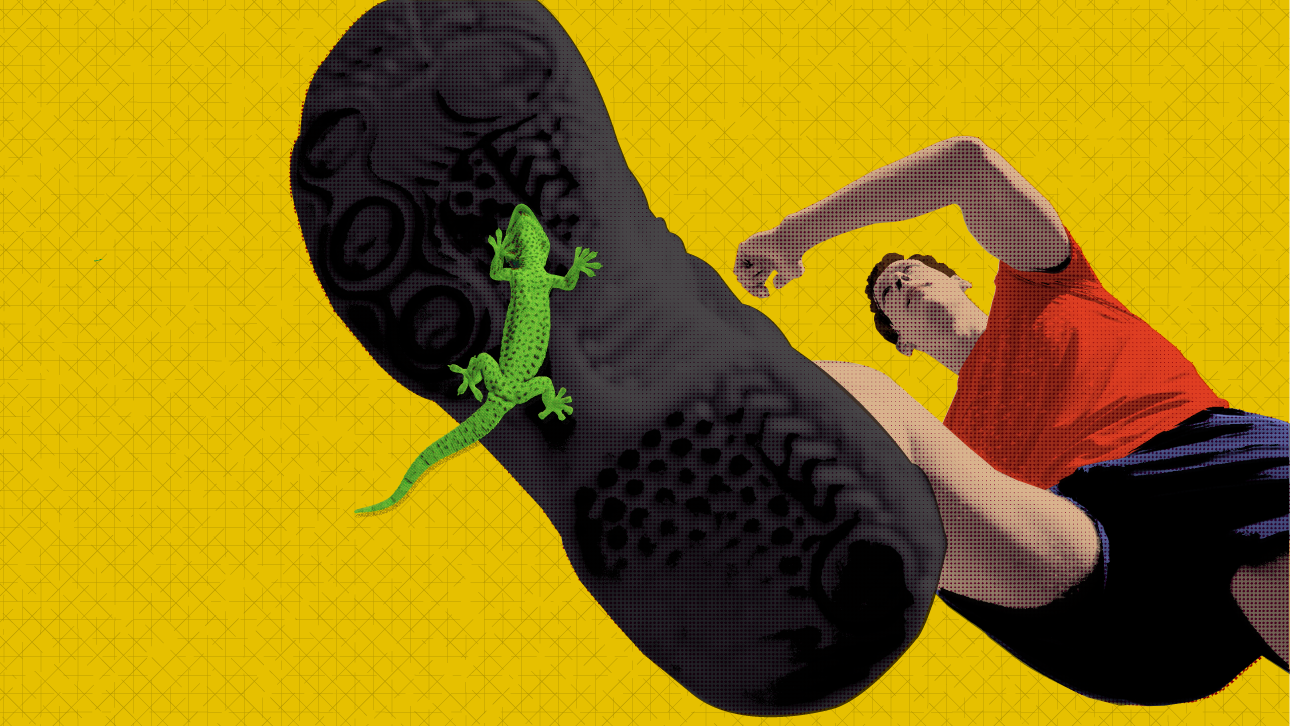 Your feet would need to be strapped into a size 114 shoe to scale a smooth vertical wall like Spiderman, according to a new paper published in PNAS. The study, which shattered our dreams of fighting crime from the side of a skyscraper, found that geckos are the largest animals capable of climbing up sheer walls. Humans, on the other hand, would need adhesive pads covering 40 percent of their body surfaces—or impossibly large feet—to pull it off.

“If a human, for example, wanted to walk up a wall the way a gecko does, we’d need impractically large sticky feet,” said Walter Federle PhD, zoologist at Cambridge University and coauthor on the study, in a prepared statement. “Our shoes would need to be a European size 145 or a U.S. size 114.”

But the study isn’t all disappointment and large shoe sizes. Researchers examined 225 climbing animal species, including insects, frogs, spiders and lizards, and found that the percentage of adhesive footpads increases as body size increases—which makes sense, because the heavier you are, the more sticky pads you’d need to support your weight while climbing up a wall.

Unfortunately, however, they also found that there’s a natural size limit for adhesive animals because, if you’re heavy enough, you’ll run out of room on your body to put the pads. That’s why lightweight mites need about 200 times less of their total body surface area for sticky pads than geckos, and why even heavier humans would require impossibly large feet (or a body covered in adhesives) to climb up a wall. In fact, the researchers found that the heaviest animal that could practically climb without using claws or toes is the gecko.

This rule of thumb (or toe), “poses a problem for larger climbing species because, when they are bigger and heavier, they need more sticking power to be able to adhere to vertical or inverted surfaces,” said David Labonte, a coauthor from Cambridge, in a prepared statement. “This implies that there is a size limit to sticky footpads as an evolutionary solution to climbing—and that turns out to be about the size of a gecko.”

If you’re determined to scale walls like Spiderman, however, there’s still hope in the form of even stickier adhesive pads, an idea that researchers gleaned from a frog. “Within frogs, we found that they have switched to this second option of making pads stickier rather than bigger,” said Christofer Clemente, a coauthor from the University of the Sunshine Coast, in a prepared statement.

Of course, there’s always the other option—size 114 shoes.