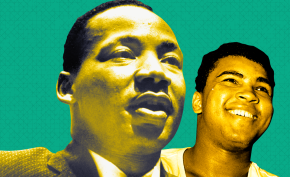 MLK And The Athletes Who Made His Job Easier 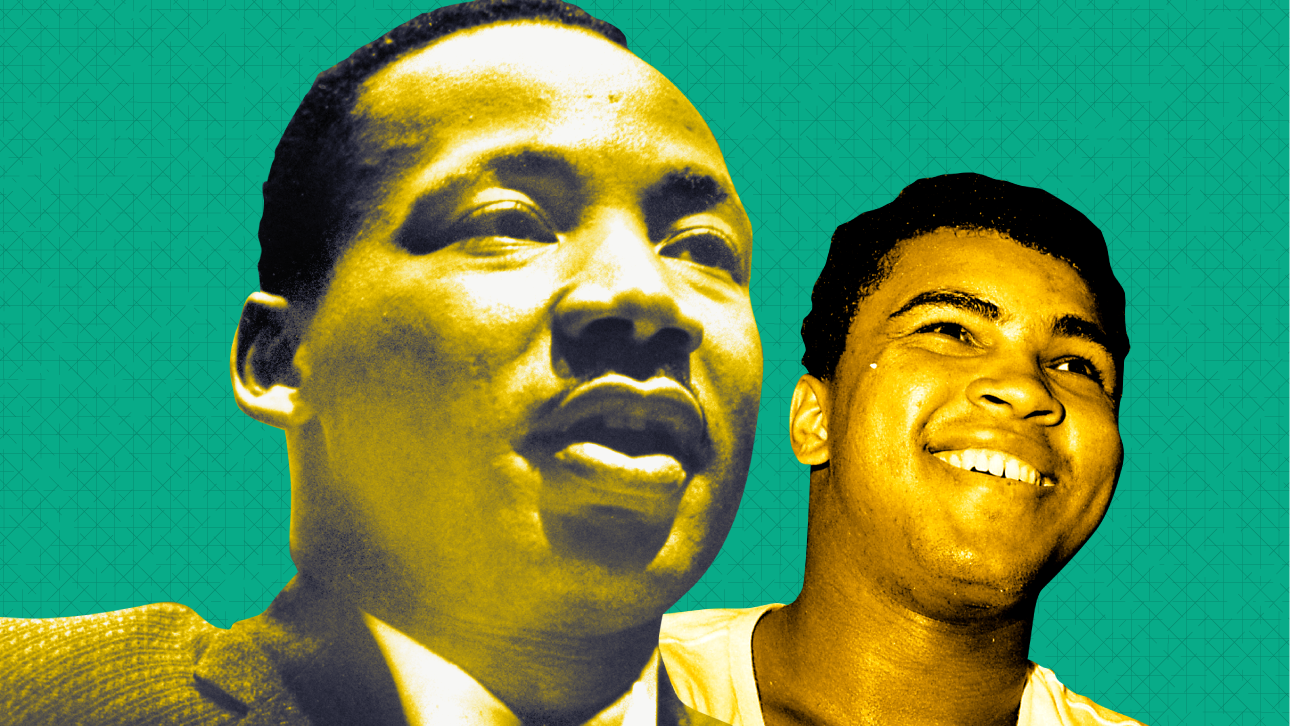 In 1967, when Dr. Martin Luther King Jr. met with the Olympic athletes planning a boycott of the next year’s summer games in Mexico City, sprinter John Carlos had questions: Why? What about an Olympic boycott appealed to King at this busy time, at the height of the Civil Rights Movement? Carlos described King’s answer in his autobiography, “The John Carlos Story: The Sports Moment that Changed the World”:

He expressed to me that the concept and visual power of an Olympic boycott would be like a ripple in the water spreading throughout the world to let people know that the people of color of this earth were very disenchanted about their treatment and we could aspire to something better as a human race. He said that the visual power was in the void it would create: an Olympics without black athletes.

King understood the massive cultural force that is sports, internationally and especially within the United States of America. Few institutions reach as many people as sports, and even fewer are a part of our lives from youth through old age.

His understanding of this dynamic helps explain why King threw his weight and the weight of the Southern Christian Leadership Conference behind Smith, Carlos and the rest of the Olympics protest.

“I might say that we support it because this is a protest and a struggle against racism and injustice and this is what we are working to eliminate in our organization and our total struggle,” King said. “I would also like to commend the outstanding athletes who have the courage and the kind of determination to make it clear that they will not participate in the 1968 Olympics in Mexico City unless something is done about these terrible evils and these injustices.”

While the boycott was ultimately scrapped due to a lack of widespread support among athletes, Carlos and fellow sprinter Tommie Smith did provide the Civil Rights Movement with one of its most iconic images when they took to the medal stand and raised their gloved fists in a Black Power salute. This moment helps explain why King supported not just the Olympic boycott, but also the struggle of Jackie Robinson and the men who followed him in breaking baseball’s color barrier.

Don Newcombe was a teammate of Robinson’s with the Dodgers from 1949 through 1956, and in 1951 he became the first black pitcher to win 20 games in the major leagues. In his rookie year, he joined Robinson, Dodgers teammate Roy Campanella and Cleveland outfielder Larry Doby as the first black players to suit up for a Major League Baseball All-Star Game. Just weeks before King was assassinated in 1968, King told Newcombe, “Don, you’ll never know how easy you and Jackie and Doby and Campy made it for me to do my job by what you did on the baseball field.”

More Let LeBron James Practice Activism On His Own Terms

Newcombe related that story to New York Post reporter Peter Vecsey in 2009. “Imagine,” Newcombe said, “here is Martin getting beaten with billy clubs, bitten by dogs and thrown in jail, and he says we made his job easier.” This shows both King’s commitment to fighting racism in whatever arena it arose and his recognition of the importance of the highly visible struggle of athletes.

“Freedom always demands sacrifice, and what they are giving up is limited in terms of standing up for manhood, and this is what they are doing,” said King in praise of athletes allying themselves with the Civil Rights Movement. “They have the courage to say, ‘We are going to be men, and the United States of America have deprived us of our manhood and our dignity and our native worth. Consequently we are going to stand up and make the sacrifice.’ A sacrifice is always necessary to gain that which you seek in a just way.”

It’s important to understand the kind of rage the mere suggestion of racism in sports incited in white sports fans, particularly in that charged era. Harry Edwards, the leader of those Olympic protests, wrote in his 1973 work “Sociology of Sport”: “I received a tremendous volume of hate letters, many containing death threats, between November of 1967 and January of 1971 after I accused the whole of sport of being infected with institutionalized racism. Several of the sports writers who sympathetically reported these allegations also received hate mail and telephone calls.”

Black athletes like Robinson, Carlos and Muhammad Ali, all of whom directly challenged the social order, were subject to even worse harassment and threats. Carlos told Dave Zirin of The Nation, “If there was an Olympic sport for number of death threats received back then, King and Ali would be fighting for the gold.”

Ali and King had expressed significant differences in the early 1960s—Ali, a member of the Nation of Islam, opposed King’s integrationist ideals—but as the decade progressed, Ali and King became allies. So much so that their communications were meticulously recorded by FBI wiretaps. In one, an FBI paraphrasing of a conversation between Ali and King establishes that Ali was  “keeping up with MLK and MLK is his brother and he’s with him 100 percent.”

Their kinship became obvious In 1967 when King spoke out against the Vietnam War as Ali was sitting in Leavenworth prison for refusing conscription into the United States Army. “Like Muhammad Ali puts it,” King said, “we are all—black and brown and poor—victims of the same system of oppression.”

In King’s various alliances with athletes we can see how sports have always been and continue to be a mirror for American society. The battles that men like Robinson, Newcombe, Carlos and Ali were fighting for dignity in their respective sports reflected the same battles King and the Civil Rights Movement were fighting in the world at large.

King understood the power of waging those battles through sports, the power of a nation seeing men like Robinson and Ali overcome and prove their worth time and time again on such gigantic stages. Those victories in the athletic sphere mark only a small portion of the work done and gains won in the Civil Rights Movement, but as King told Newcombe, they made the job far easier.