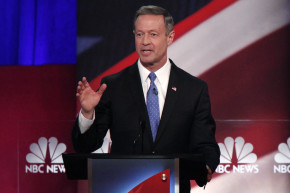 As the competition between Hillary Clinton and Bernie Sanders heats up, O'Malley feels more and more like a third wheel 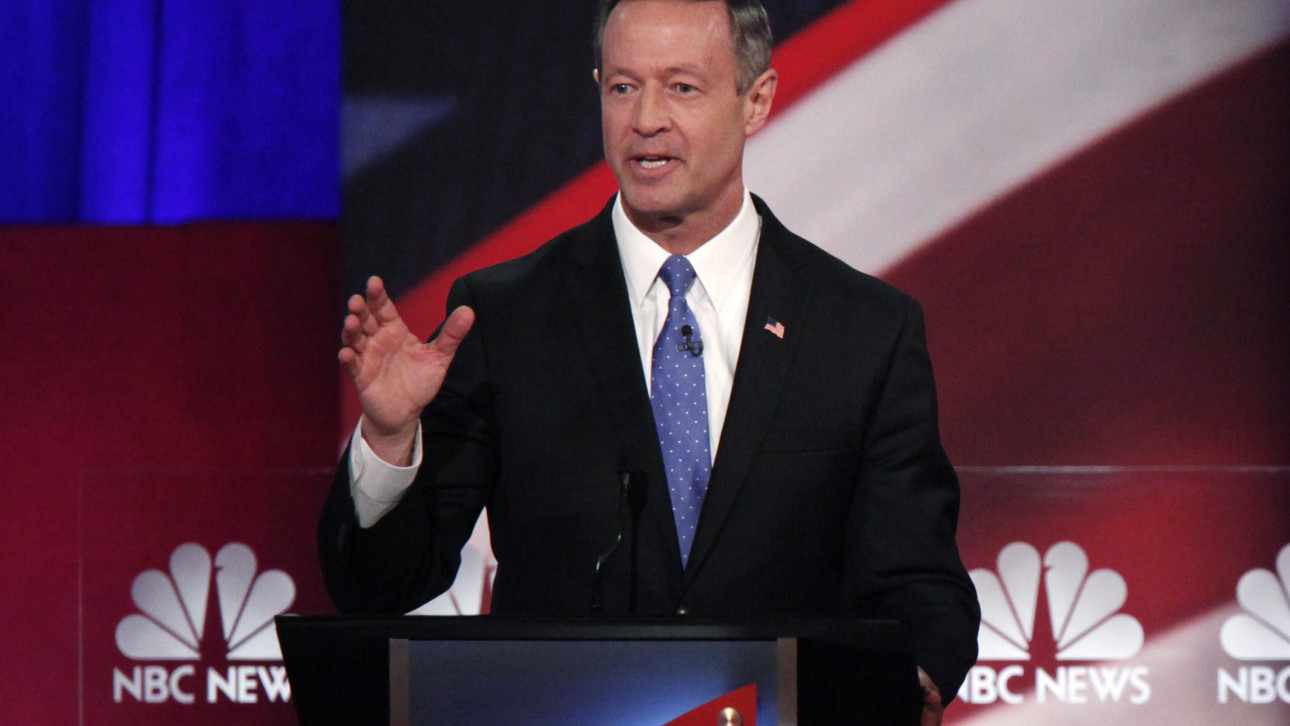 The former Maryland governor—already trailing far behind his two rivals—took a ruthless beating by the denizens of Twitter during Sunday night’s Democratic debate as Bernie Sanders and Hillary Clinton traded barbs over issues ranging from gun control to Wall Street. Now neck-and-neck in Iowa and New Hampshire, the two frontrunners ratcheted up their attacks against one another and clearly articulated their competing visions for the country. After two hours, neither Clinton nor Sanders stepped away from their podiums in Charleston, South Carolina with a memorable gaffe or stumble.

O’Malley was not so lucky. Appearing more and more like a squeaky third wheel as the evening wore on, he found himself marginalized, literally and figuratively. From the side of the stage, O’Malley was skipped for full exchanges, sometimes interrupting Clinton or Sanders, seemingly just to get a word in. At one point, he outright begged debate moderator Lester Holt for more air time—igniting a powder keg of social media mockery.

Hillary got a good kick out of Lester Holt cutting off Martin O'Malley before the commercial break. #DemDebate pic.twitter.com/CB9cHChM3j

“Lester, just 10 seconds. Just 10 seconds. All of the things …” O’Malley was heard saying as Holt prepared to cut for a commercial break early on in the evening. Holt ignored him and went to commercial anyway, not giving O’Malley a chance to weigh in. Before the microphones went out, Clinton let loose a quick cackle.

From there, the floodgates opened:

Martin O'Malley: The number one question people ask me is, "Who are you?"

I would give real money if Martin O'Malley would start a response with "The rent is too damn high." #DemDebate

Martin O'Malley has vanished from this debate without a trace or anyone caring just like Judy did from Family Matters.

"The question I get asked most is, 'Who are you and why are you handing me a pamphlet?'" -Martin O'Malley #DemDebate

Later in the evening, O’Malley added a final flourish to his presidential flameout when he, once again, begged Holt for more time to talk.

"Can I get 30 seconds too?" #DemDebate pic.twitter.com/svx3hMdqfr

The social media response was akin to kicking a man while he was already down:

"Can I get 30 seconds too?" — @MartinOMalley steals the show.

Martin O'Malley the guy who asks if he can come to your birthday party when you don't invite him.

Martin O'Malley anytime he gets a chance to speak #DemDebate pic.twitter.com/Dz5YKsYszM

Martin O'Malley asking for more gruel in the orphanage was the saddest part of the debate. #DemDebate