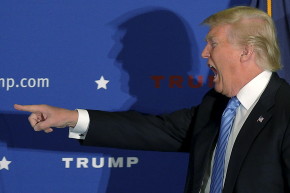 Donald Trump And The “Pussification” Of Football
By Jack Moore

Donald Trump And The “Pussification” Of Football 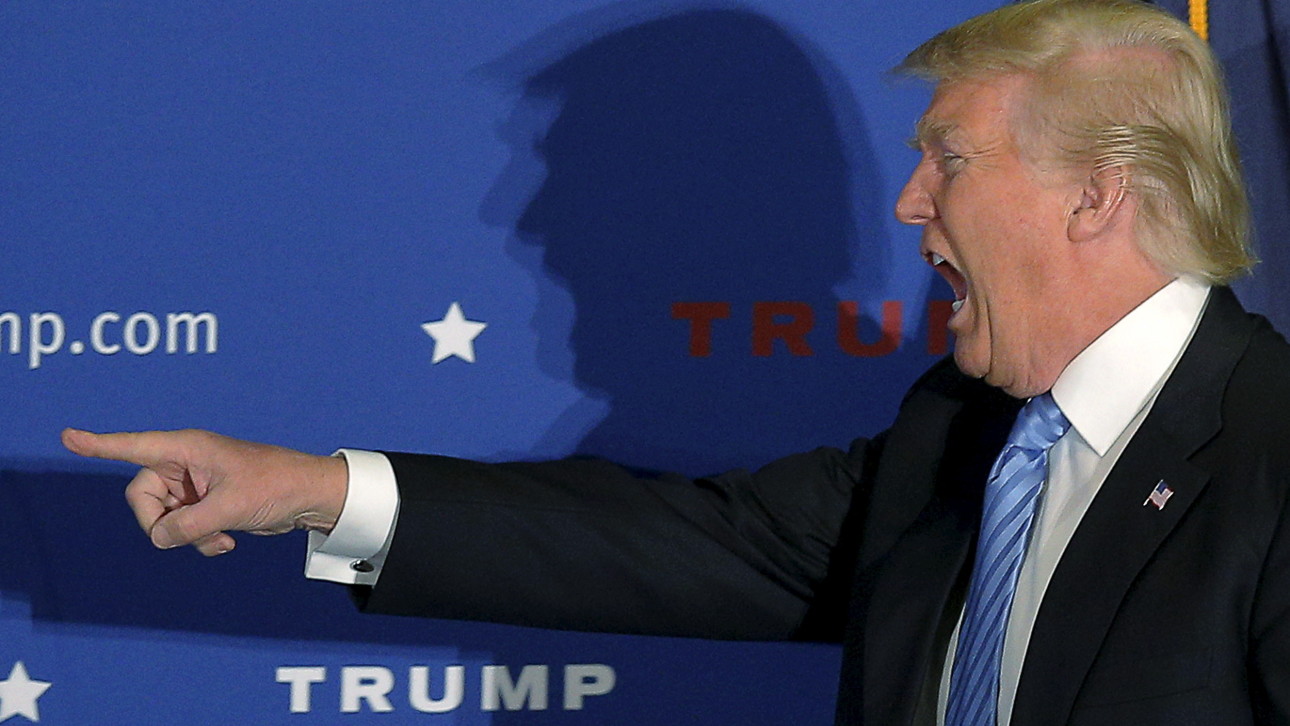 Donald Trump thinks the NFL is getting soft. “You used to see these tackles, and it was incredible to watch,” the Republican presidential frontrunner told a crowd of about 3,000 in Reno, Nevada last Sunday in the buildup to tonight’s GOP debate. “Now they tackle—’Oh, head-on-head collision, 15 yard’—the whole game is all screwed up. You say, ‘Wow, what a tackle.’ Bing. Flag.”

Trump is far from the only one to decry football’s safety-focused rule changes. From contemporary and former players like Quentin Jammer to right-wing radio blowhards like Rush Limbaugh to the men’s rights activists of Return of Kings to comments sections across the Internet, avatars of hypermasculinity decrying the “feminization” or “pussification” of football are easy to find.

It’s a declaration perfectly suited to Trump’s campaign, run entirely on a politics of perceived loss, whether lost jobs (to immigrants), lost privileges (to women and people of color) or a lost American greatness we need to reclaim. The violent football you know and love, by Trump’s logic, is just one more thing they’re coming to take away from you.

Trump’s argument, that America is going soft and violent football is necessary to save it, is as old as the game itself. None other than former President Theodore Roosevelt, America’s most prominent Muscular Christian, expressed these values in a letter to legendary Yale coach Walter Camp in 1895:

I am very glad to have a chance of expressing to you the obligation which I feel all Americans are under to you for your championship of athletics. The man on the farm and in the workshop here, as in other countries, is apt to get enough physical work; but we were tending steadily in America to produce in our leisure and sedentary classes a type of man not much above the Bengalee baboo [a slur for Bengali men], and from this the athletic spirit has saved us. Of all games I personally like football best, and I would rather see my boys play it than see them play any other. I have no patience with the people who declaim against it because it necessitates rough play and occasional injuries. The rough play, if confined within manly and honorable limits, is an advantage.

These arguments and others made by Muscular Christians in football’s early days represent many of the same fears Trump exploits within his base. There’s the racist fear of the other seen in Trump’s calls for a border wall. There’s a desire to reify masculinity and power through war, as men like Camp gushingly compared “battles and the miniature contests on the gridiron.” And there’s the sexism and fear of feminization. as one Muscular Christian wrote, “Any system of gymnastics which leaves out danger is an emasculated system.”

Roosevelt invoked these arguments when he needed to save football after a 1905 season that saw at least 18 deaths on the field. Similar appeals to the need to harden our youth have surfaced every time football has been questioned, from either side of party lines.

In 1963, citing both presidents John F. Kennedy and Dwight Eisenhower, Army football coach Paul Dietzel made the argument that “Almost every boy who is physically able should play football.” He continues, “President Kennedy—and President Eisenhower before him—warned the nation’s youth that it was becoming soft and sedentary. wherever possible, boys should be active participants, not side-line spectators. Football, of course, means sweat and labor—and often tears. But it is one of the best tests of personal abilities, including determination and fighting spirit.”

Dietzel’s editorial came as football was in the midst of an injury crisis much like the current one, in which alarming numbers of fatalities—largely resulting from head injuries—were calling into question the wisdom of having American children slam their heads into each other hundreds of times every fall. Despite this, football’s status as an American treasure hardly waned.

When Lyndon Johnson dared suggest to the visiting Laotian Royal Family that “College football is a great spectacle, but I am not sure that it gives an accurate picture of America. To see some of our best-educated boys spending an afternoon knocking each other down—while thousands cheer them on—hardly gives a picture of a peace-loving nation,” future President and then-Representative Gerald Ford shot back. “Personally I am glad that thousands of fine young Americans can spend this Saturday afternoon ‘knocking each other down’ in a spirit of clean sportsmanship and keen competition,” Ford said, “instead of assaulting Pentagon soldiers or policemen with ‘peace’ placards and filthy wards.”

This is a critical piece of the “softness” accusation lobbed whenever America’s love for football starts to flicker: When we eschew the game and its violence, we are vulnerable not only to physical softness but moral softness. This is what Ravens coach John Harbaugh suggested in an editorial last April, when he wrote, “Football is a metaphor for life. This game asks a young man to push himself further than he ever thought he could go. It literally challenges his physical courage. It shows him what it means to sacrifice. It teaches him the importance of doing his job well. We learn to put others first, to be part of something bigger than ourselves. And we learn to lift our teammates—and ourselves —up together.

You can find these arguments at any time throughout American history, but they become loudest when football is under political siege, when its violence is laid bare and there are too many bodies to hide. This has happened at three major points in the game’s history—in the early 1900s, when Roosevelt was forced to step in and save football, in the 1960s, before the rise of plastic helmets managed to prevent the skull fractures that were plaguing the game, and today, as concussions and the discovery of CTE have proven that not even our advanced equipment can prevent brain trauma. It is no coincidence that these rough periods for football align with powerful feminist movements—the New Woman movement at the turn of the 20th century, the second-wave feminism of the 1960s, and, of course, the present day feminism that scares reactionary politicians like Donald Trump so much.

Football’s violence is an essential part of the game. To the men who evangelize its power to physically and morally shape America’s boys, football and its viciousness represent a link to a bygone era, a time when men were men and when might made right. Fear that football is going soft represents a greater fear that this social order is dissolving, that the type of hypermasculinity displayed on the football field won’t be valued or respected anymore.

That fear, more than anything else, is what Trump appeals to with a rant like the one from this past weekend. Trump’s campaign is thriving on a widespread fear of loss of the traditional power football represents, and that makes Trump the perfect general in the War on Football. It doesn’t matter how many high schoolers die on the field, how long the NFL attempts to duck the issues of domestic violence, or how many former players commit suicide to escape the pain accrued from their playing days. As long as this fear can be exploited, there will never be a day when football’s toughness won’t be questioned.