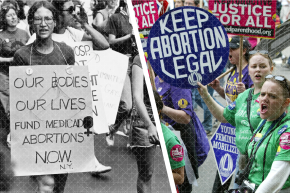 How The Anti-Abortion Movement Keeps On Fighting — And Succeeding 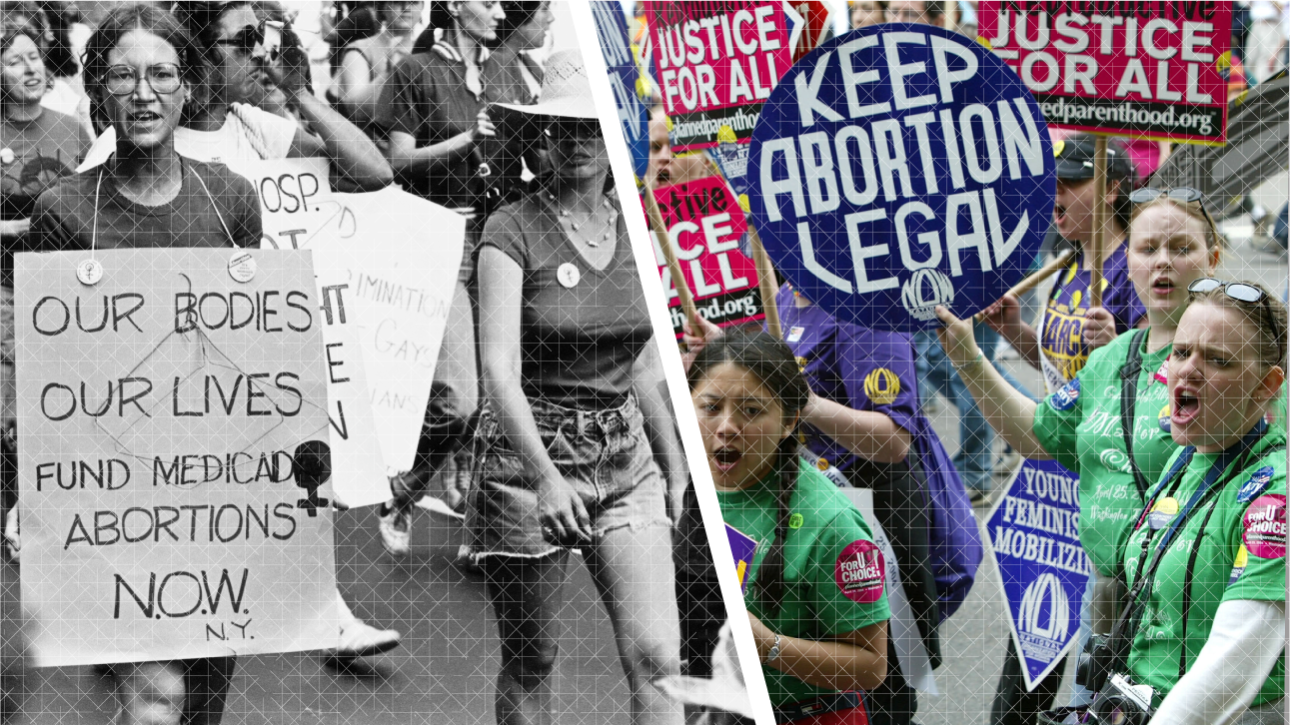 You would think that in the decades since Roe v. Wade, the status of women’s reproductive rights would have steadily improved. Surely, more than forty years of legalized abortions would lead to better access, right? In fact, the opposite is true: depending on where she lives, a woman today in need of an abortion might actually have been better off in the years following the 1973 ruling—which turns 43 on Friday.

Recently, abortion restrictions have accelerated. The past five years have seen the passage of more anti-abortion laws than in any other period since abortion was first made legal. “The last five years are unprecedented,” said Elizabeth Nash, a policy analyst for the Guttmacher Institute, an organization which promotes research and education around reproductive health care.

Now, Roe, which established a women’s right to abortion, did spark an immediate backlash, with 81 abortion restrictions enacted that same year. “Right after the ink was dry on the Roe decision, states began to adopt restrictions on abortion,” said Nash. In addition, there was the passage of the Hyde Amendment in 1976, which restricted the use of federal funds for abortions. But in the decades that followed, things significantly calmed down. “There were many years … when abortion restrictions were not on the forefront in state legislatures,” she said. From 1983 until 2010, there was an average of 14 new restrictions per year, according to Guttmacher.

All that changed following the 2010 midterm election, which saw Republicans take the House of Representatives. The following year, a record 92 restrictions were enacted, breaking the previous 1973 record. In the past five years, 288 such laws have been enacted, most of them having to do with requirements or restrictions around counseling, insurance coverage, later-term abortions, medication abortion, like Mifeprex, or parental involvement.

Blame it on the conservative shift to power and abortion opponents’ greater organization on the state-level, where these massive changes are taking place, said Nash. “We have a very geographic problem,” she said. “Where you live dictates your access to services, versus after Roe when the laws were a little more uniform.”

That is why a woman with an unintended pregnancy might realistically have had more options several decades ago than she does today. “In terms of the legal landscape, accessing abortion was easier in the 1970s compared to now, in many places,” said Nash.

That is especially true when you consider new state laws that institute insurance restrictions, expansive waiting periods and require multiple visits to a clinic, which can be prohibitive for women who face difficulties getting childcare or taking time off work. It’s particularly bad in Southern states, including Texas, Alabama and Mississippi, which in recent years have seen restrictive laws that make it extremely difficult, if not impossible, for clinics to stay open.

This makes the celebration of Roe’s 43rd anniversary a mixed bag. “While we will join to commemorate Roe this month, we cannot pretend that the right to abortion is enjoyed equally by all women,” said Marcela Howell of the reproductive rights organization In Our Own Voice: National Black Women’s Reproductive Justice Agenda during a conference call with the media to discuss the Roe anniversary. “A woman’s ability to end her pregnancy too often depends on where she lives, her age and how much money is in her pocket.”

That has been true ever since the Roe-era Hyde Amendment, which had a devastating impact on low-income women’s access to abortion—and “things have only gotten worse” since then, says Howell.

It isn’t just state level attacks, of course. Last year, Congress voted seven times to defund Planned Parenthood. “We saw anti-abortion politicians try to hold up an anti‐human trafficking bill, the Attorney General’s nomination and even threaten to shut down our government over access to basic reproductive healthcare,” said Dana Singiser of Planned Parenthood during the conference call. “This cannot be what it means to be a woman living in 21st century America. Do we really want to be a country in which you have access to safe, legal abortion only if you’re lucky enough to live in the right city or state?”

This all sounds rather bleak, and it is, but Nash does see some potential silver linings. “The thing is, with any law, there is always a possibility that it could be repealed, that it could be amended, that there could be a court that would knock it down,” she said. These state-by-state battles also have the potential to set new constitutional precedents. Take the upcoming Supreme Court case challenge to a Texas law that places such strict limitations on clinics that it’s expected to cut in half the number of abortion facilities in the state. “Everybody is looking to the Texas case … and how that will play into how states restrict or regulate abortion in the future,” said Nash.

No matter the outcome, though, new regulations are inevitable. “We’re in the midst of a wave of abortion restrictions,” said Nash. “We’re not seeing that wave abate. We’re expecting to see more.”