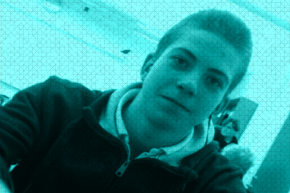 How A School Stabbing Became An Anti-Immigrant Rallying Cry

The fatal stabbing of a 15-year-old boy in Sweden by a 14-year-old schoolmate believed to be a Syrian immigrant has become the latest rallying point for anti-immigrant and white supremacist groups online, and seems poised to become a new flashpoint in Europe’s simmering debate over refugees.

Arminas Pileckas was knifed to death this week at the Göinge School in Broby, a small town several hours south of Stockholm. The violent encounter likely stemmed from an ongoing dispute between the two boys, according to reports. The alleged attacker is in custody.

Police and Swedish media have withheld details about the 14-year-old suspect, but, using our technology, Vocativ discovered that members of a private Facebook group among Syrians living in Sweden claim to know his family, who reportedly immigrated to Sweden in 2013. Al Kompis, an Arabic-language newspaper in Sweden, later identified the boy by name and interviewed his father, who claimed his son stabbed the older boy because he was being relentlessly bullied.

The suspect’s ethnic background, as well as the allegations of bullying, have yet to appear in local media reports and the story has received little press outside of Sweden. But news of the killing is spreading quickly across Europe’s anti-immigrant online communities, which have sought to capitalize on heightened levels of public anxiety after the New Year’s Eve sexual assaults in Cologne, Germany. Claims that those attacks were carried out by hundreds of foreigners, including refugees, have since generated a swelling backlash against migrants that’s now engulfed the entire continent.

Anti-immigrant groups, websites and supporters are now seizing on the school stabbing story in Sweden—and the rumors it’s inspired—as the latest tale of barbaric migrants run amok, Vocativ analysts have found. Arminas, who was originally from Lithuania, has been portrayed by members of these communities online as a hero and martyr, the victim of an “honor killing” by a Muslim “#rapefugee.” A Vocativ analysis found that right-wing memes and posts associated with Arminas’ death have already been shared thousands of times on Facebook and Twitter, in languages including Spanish, German, Swedish and English.

Many people, including the victim’s father, have also accused the police and media in Sweden of covering up the suspect’s ethnicity. “In Lithuania we can talk openly about refugee issues,” Zydrunas Pileckas told Delfi, a Baltic news website, in an interview. “Here in Sweden we hide the truth.”

Police say they are investigating. Because the suspect is under the age of 15, he is not considered criminally responsible under Swedish law and cannot be convicted of criminal offenses, according to reports. Swedish authorities did not respond to Vocativ’s requests for comment.

Authorities believe that Arminas and the suspect had been feuding for weeks prior to the deadly altercation, a detail confirmed on Tuesday by the suspect’s father. In his interview with Al Kompis, Mustafa al Haj claimed his son had been repeatedly beaten and harassed by Arminas at the boys’ school. The alleged attacks traumatized the boy and made him not want to go to school, Haj said.

Along with the interview, Al Kompis published a Snapchat video that purports to show the suspect being physically assaulted by Arminas about a month before the attack. The clip, which has not been independently verified by Vocativ, allegedly shows the suspect being slapped, kicked and chased down a hall by Arminas, who is much bigger than the Syrian boy.

A Facebook user who identified himself as the suspect’s older brother said the school had promised their family that Arminas would be expelled because of his continued harassment. “But they did nothing and would not separate the two,” claimed Mohamed Mostafa, adding that the family later sought help from local law enforcement. “My dad told [my brother], don’t do any move against [Arminas]. The police will handle it.”

The boy allegedly wouldn’t wait. On Monday, the suspect reportedly used a paring knife to stab Arminas in the chest during lunch. The wounded teen was rushed to the hospital and later died from his injuries. At least two unconfirmed reports by students claim the stabbing occurred after the suspect allegedly harassed a girl, prompting Arminas to intervene. Police and school officials have yet to address claims made by these students or the suspect’s family, local media reports show.

Translation: My brother did not want to go to school, but school pressured my father to send him to school—they promised him they will expel the harassing kid from school, but they did nothing and did not separate the two. We complained to the police for a month and a half but nothing happened.  We were upset by this kid more than my brother was upset with him. But what he did, it wasn't his intention, but you can see that the kid is much bigger than [my brother]. My dad told him, don't make any move against him. The police will handle it. [My brother] wasn't patient and he did that without consulting with us. I'm [his] big brother.

The killing has also become a massive story for Syrians in Sweden. Mostafa’s post received hundreds of comments and likes. The video, which appeared on Al Kompis’ Facebook page, has been watched over 130,000 times, more than any other video published on the news site’s social media page. Commenters responding to the video wrote in support of the suspect, while others blamed the school system or Swedish authorities. All were in Arabic.

Meanwhile, hundreds of Syrian immigrants in Sweden have flooded a private Facebook group to talk about the incident, Vocativ found. Many are fearful of the potential backlash it could bring against members of the community. “It’s good that so far the nationalities have not been mentioned by the media,” one of those commenters, Wasim from the Swedish town of Frillesas, wrote.

Local media reported that the suspect’s family recently moved out of their home to avoid the threat of violence. Stockholm’s Aftonbladet, a daily paper, said calls for revenge surfaced online following the attack.

At the same time, the details about the suspect’s background, whether true or not, continue to stir outrage on social media. One Twitter meme that surfaced this week is a photograph of the victim with the words “Killed By Immigrant” written across the bottom. The message attached to the meme reads: “Never forget hero & martyr #Arminas. Died defending school girls being harassed by #rapefugees. #whitegenocide #svpol”

The vitriol even spilled onto a memorial Facebook page created for the deceased teen, prompting words from its creator.

“I made this page to support my friend who was dying the last time I saw him,” the person wrote. “This bloody politics and racist talk has gotten out of control.”