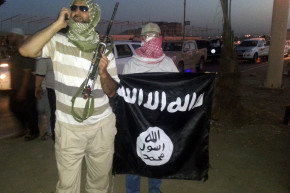 ISIS Supporters Warn Of “Spy” Who Tries To Lure Members

ISIS loyalists on Twitter and the messaging app Telegram are on high alert over a suspicious want ad.

The ad, which claims to be created by an ISIS supporter named Abdallah Bin Muhammad, is advertising nearly two dozen positions in ISIS’ ranks including electrical and construction engineers and “experts” in aerodynamics and explosives. “Abu Baker al-Baghdadi called upon you… Help your brothers the Mujahideen with your knowledge,” reads the ad, which was published on Facebook and Twitter accounts belonging to “Abdallah Bin Muhammad” and has circulated on Telegram since last Wednesday, Vocativ found.

While official and unofficial ISIS accounts on social media have called upon supporters from around the world to join the terror group, the ad seems fake given the details it provides on the jobs and the way in which it was distributed: on social media. Whomever posted the ad also asked those interested in the positions to contact him on social platforms.

An ISIS-affiliated channel on Telegram called “Information Security” said one is “authorized” to make contact with the dubious account. “Be aware of the hypocrites and hyenas,” the warning declares.

Translation: Important warning. We are warning of making contact with this person. No one is authorized to talk or cooperate on these issues. Be aware of the hypocrites and hyenas.

Other supporters bashed the so-called Abdallah Bin Muhammad on Twitter. “We will eliminate you and every spy who tries to lure our brothers and supporters,” one of them said. “The source (of this ad) is a hidden spy who tries to make a profit on your account,” wrote another.

Dozens of members circulated a post that aimed to show “Abdallah Bin Muhammad” is not an ISIS supporter by drawing attention to how he disrespected the group by saying, for example, that it lost the battle for Sinjar in 24 hours. They also found him cursing on Twitter and sending private messages to Islamic State loyalists they say he doesn’t know. The sympathizers slammed “naive” ISIS supporters for circulating an ad posted by “a dirty decadent.”