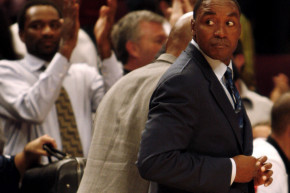 There's no reason to think Isiah Thomas is friends with this guy, but he's still awful 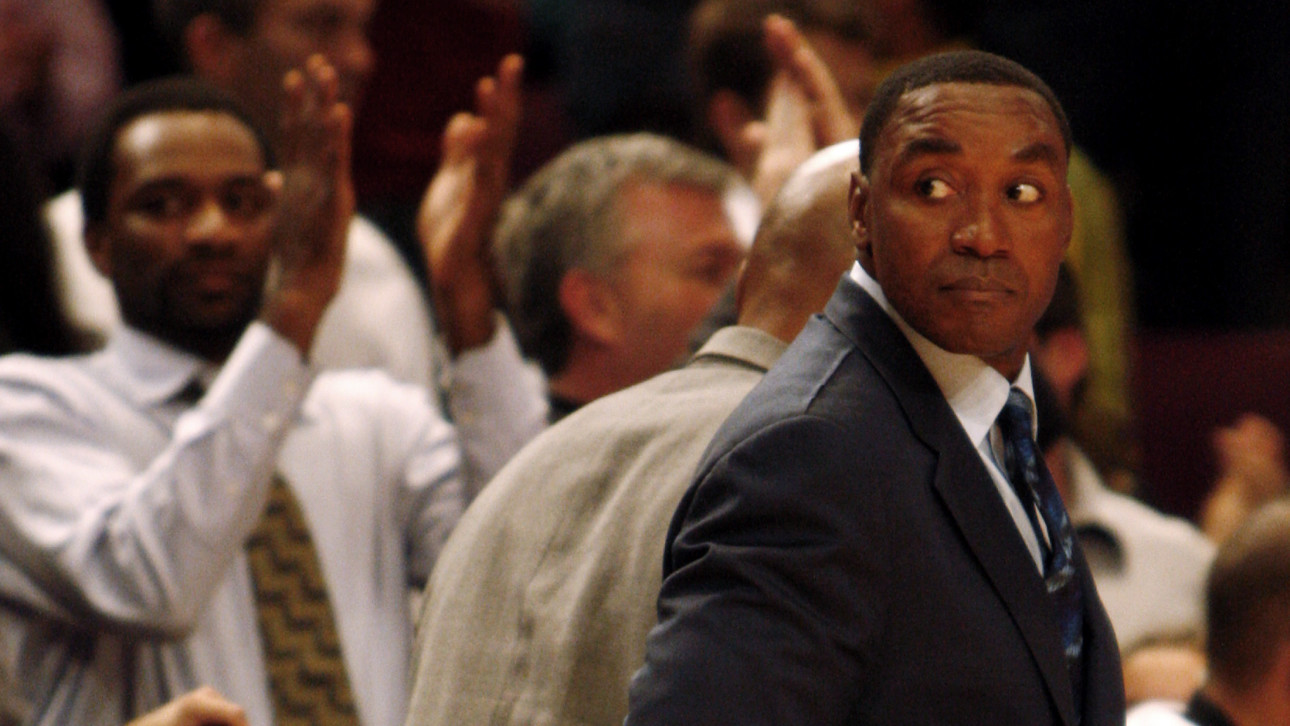 Isiah Thomas, shown not lying because his mouth is closed — REUTERS
By Robert Silverman
Jan 08, 2016 at 5:25 PM ET

Let’s be absolutely clear about this: just because an Instagram photo of New York Liberty President Isiah Thomas popped up in a Brooklyn courthouse yesterday does not mean that he is in any way connected to “a reputed Crips gang leader accused of murdering a rival in cold blood.”

So why would the prosecutor pick out a snapshot that was posted online in December 2014 depicting Larry Pagett, the accused, pointing at a grinning Thomas along with the unfinished caption, “The big homeboy Isiah Thomas was in the function wit tha…”?

Well, it seems as if the prosecutor introduced several images from the accused’s social media accounts specifically to tie the Texas Rangers cap that Pagett is seen wearing in the photograph to video of a gangland shooting in August, “when he allegedly gunned down Chrispine Philip in the Budah Hookah Lounge on Flatbush Ave,” according to the Daily News.

“Isiah does not know the person in the photo,” Thomas’ spokesman said. “Considering he gets requests to take many photos, it’s virtually impossible to know everyone,”

Yes, that’s absolutely true. Furthermore, the idea that Thomas would pal around with gangsters is ludicrous. For all his sins, he has done a great deal of good when it comes to gang violence. In his hometown of Chicago, he worked with Father Michael Pfleger, Derrick Rose, Joakim Noah and Taj Gibson to organize a one-day citywide truce, culminating in the Peace Basketball Tournament.

That said, Thomas remains, on the whole, a human being with a questionable moral track record. Leaving aside his execrable tenure as a pro sports executive—the success of the New York Liberty thus far is the exception that proves the rule; they’re winning in spite of Thomas, not because of him—Thomas’ defining characteristic is that he’s got a problem with telling the truth.

More Stephen Curry Shoots All The Shots, And Makes Them, Too

To wit, in November he sat down for an interview with Bryant Gumbel, flashed his trademark oily grin and denied that he sexually harassed then-Knicks executive Anucha Browne-Sanders, or ever launched obscenity-filled tirades like: “Don’t forget, you fucking bitch, I’m the president of this fucking team.”

Shortly after taking the gig running the Liberty, he was asked by ESPN’s Mike Greenberg, “How should fans of the New York Liberty reconcile your position with that team and the sexual harassment history with you back in your days with the Knicks?”

“When the jury had an opportunity to fine, they fined Madison Square Garden,” Thomas said. “I was not liable or personally held for anything. The jury found no findings… Anyone who’s vetted this has looked at it, has come out and found that—as the jury found—that there were no findings in terms of Isiah Thomas.'”

No, none of that is even remotely true. The jury found that Thomas “intentionally discriminated against the plaintiff by aiding and abetting in a hostile work environment based on sex,” hitting New York Knicks owner James Dolan and MSG for $11.6 million in damages.

Just to top it off, during the same interview, he lied about the Eddy Curry trade, or in a best-case scenario, just plumb memory-holed the details of what was possibly the worst basketball move in Knicks history. While we’re on the subject of basketball, let’s not overlook all the other times Thomas was objectively awful in the context of his original profession.

In 1987, after his Detroit Pistons lost in the Eastern Conference Finals to the Boston Celtics, Thomas walked right into a media firestorm by backing up Dennis Rodman’s assertion that Larry Bird was “very overrated,” adding “Larry Bird is a very, very good basketball player, but if he was black he’d be just another guy.”

After saying this, Thomas then said he did not believe what he said. Rather, he was just “joking.” Which, sure he was.

Following his retirement from basketball, Thomas owned the Continental Basketball League for two years before successfully leading the league into bankruptcy and eventual dissolution. Thomas then lied about how the collapse went down, saying he’d “advanced his own money to pay the players.” Never happened.

When he was canned by Florida International University in 2012, he even had the temerity to claim, “This is the first time someone told me that I was being fired for basketball reasons.” Those words came out of the mouth of the same person who led the Knicks to a franchise-record 59 losses in the 2007-08 season. Despite his friendship with Dolan, Thomas was “reassigned.”

Finally, shortly after being mercifully booted from the Knicks organization, Thomas was taken to a Westchester hospital after accidentally downing a fistful of sleeping pills. When the New York Post’s Marc Berman reached out to Thomas, he lied, claiming that it was actually his own daughter who had overdosed.

“It wasn’t his daughter, and why they’re throwing her under the bus is beyond my ability to understand,” Harrison Police Chief David Hall told the Associated Press. “These people should learn something from Richard Nixon—It’s not the crime, it’s the cover up.”

Yes, Isiah Thomas may be a shameless liar and an unrepentant sexual harasser, but no, he is not and should not in any way be lumped in with an alleged murderer. So at least he’s got that going for him.