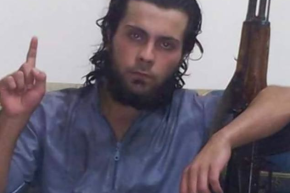 ISIS Fighter Kills His Own Mother Before Hundreds Of Spectators

An ISIS fighter publicly executed his mother after she begged him to leave the terror group, two Syrian human rights groups reported Friday.

Ali Saqr al-Qasem, 20, used an assault rifle to shoot his mother in the head, according to Syrian Observatory For Human Rights and Raqqa Is Being Slaughtered Silently. Both groups report extensively on ISIS in the eastern Syrian city and have themselves been targeted for their work. Hundreds gathered to watch the killing, which the son was said to have carried out in front of the post office where Leena al-Qasem reportedly worked.

The activists say the 45-year-old mother was planning to flee Raqqa, the terror group’s de-facto capital and asked Ali Saqr to come with her. Instead, the young jihadist turned her over to ISIS leaders who charged her with apostasy and ordered her execution.

#Raqqa another photo for Ali Saker the #ISIS fighter who killed his mom #Syria #ISIL pic.twitter.com/iVQsx8uqQ5

“She was executed under the pretext of ‘inciting her son to leave the Islamic state and escaping together,'” the Observatory reported.

Public killings have become a routine spectacle for many living under ISIS control, including for hundreds of children. Experts say the constant scenes of punishment is one way in which the jihadist group galvanizes ideological supporters and quashes resistance.

“This is sadism on a clinical level,” John Horgan, a psychologist and terrorism researcher at Georgia State University, told Vocativ earlier this year. “This is psychological warfare at its most deadly.”