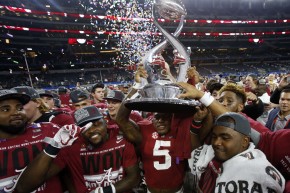 The Bizarre, Confusing Ways College Football Has Picked Its Champion
By Jack Moore

The Bizarre, Confusing Ways College Football Has Picked Its Champion

For more than a century, college football's championship game has been a joke 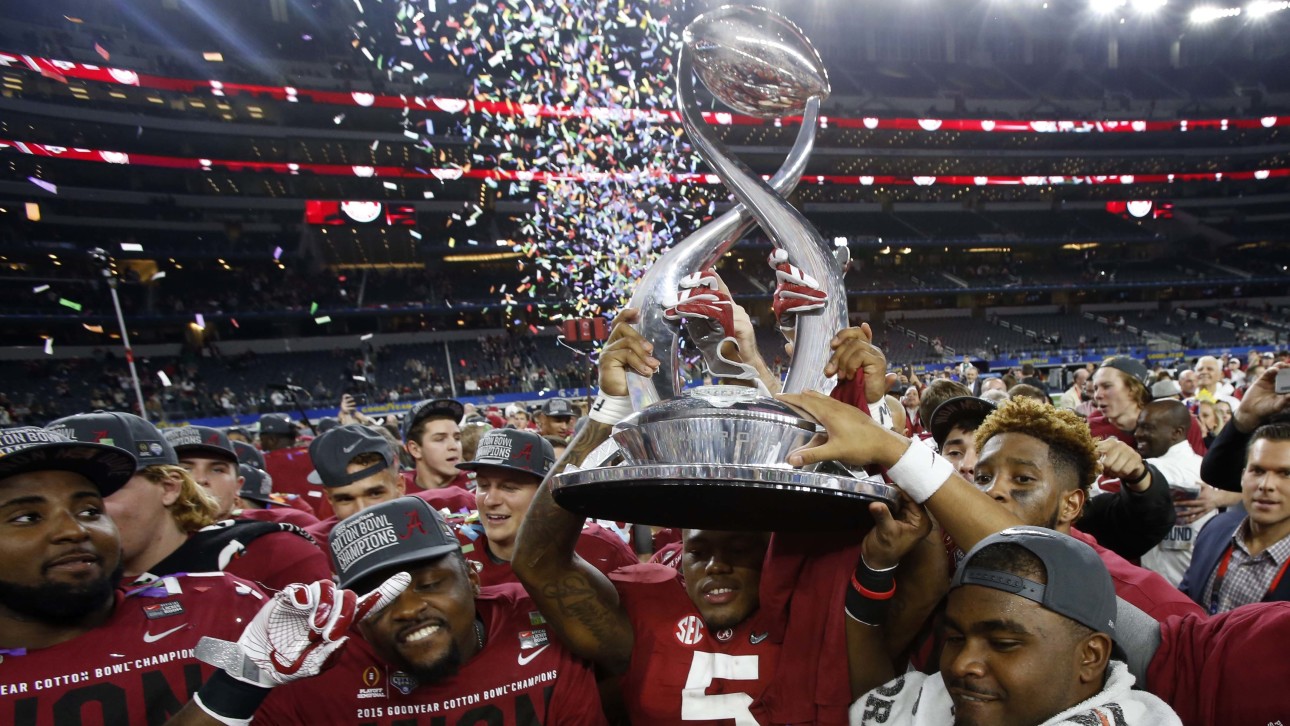 Schembechler’s career ended in 1989, a decade before college football finally crowned a national champion on the field with the first BCS National Championship on January 4, 1999, when Tennessee beat Florida State, 23-16. The BCS, and now the College Football Playoff, however imperfect, were built to resolve the problem of this mythical championship.

Previously, college football’s championships were handed out by voters—the Associated Press and Coaches polls are the most well known, but nearly 40 organizations have claimed to crown national champions.

From 1936-1999—the beginning of the AP Poll through the first BCS season—only 11 of the 64 college football seasons produced consensus national champions. Out of this chaos, six teams claimed national titles in 1981 and five teams claimed titles in six different seasons, including 1975, when four teams went undefeated and Alabama won its final 11 games after a season opening loss to Missouri.

Most of these championship organizations gave their honors in obscurity; few of even the most hardcore college football fans are aware of the Boand System, for instance, which crowned a national champion from 1930 through 1960. Likely even fewer know that the International News Service handed out a national championship for six years in the 1950s. Why even bother knowing in the first place?

The Helms Foundation was the brainchild of William J. Schroeder, a flameout semi-pro baseball player who channeled his sporting energy into collecting a vast library of memorabilia and documentation of sports history. Schroeder eventually needed a sponsor to maintain his collection, and Paul F. Helms, owner of a Los Angeles bakery, stepped up to completely fund Schroeder’s project in 1936. The bakery remained the foundation’s sponsor until Helms’s death in 1969.

Since then, the Amateur Athletic Foundation, now known as the LA84 Foundation in honor of the 1984 Olympics, has run the foundation, although it stopped crowning college football champions in 1982.

The greatest discovery Schroeder made in his efforts was, according to a 1980 profile in the Los Angeles Times, that “when any man gives another man a trophy, the honorer is honored along with the honoree.” According to Schroeder, “The recognition (for the sponsor) is just something that happens.”

As far as he was concerned, it was just a way to allow him to continue his archival work. But for Helms, and for the many title-granting organizations that followed in the Helms Foundation’s footsteps, this was what made the cost of producing these champions worth it. No college—and no college football fan—is going to refuse a chance to advertise that they were national champions. By attaching their brand to the title, the Helms name became more recognizable, and even after Helms pulled out of the foundation, Schroeder was able to find other sponsors.

Certainly, a system like this is open to debate. Whether that’s a bug or a feature depends on your perspective. If you need to sell newspapers, like Park City (KY) Daily News editor Joe Medley did in 1994, it’s definitely a feature: “Will all the poo-pooing over college football’s national championship — or lack thereof — just stop, please? Will coaches and media pundits quit bemoaning their choice champ and stop using big words like ‘mythical’ to describe it? While we’re at it, let’s hush talk of a Division I-A playoff system. Let’s allow sports fans their best source of dispute in peace.”

“Embrace debate” has been a sports media mantra since well before ESPN made it an official motto. And not only does the resulting debate sell newspapers and grab eyes, it also gives those voting in the polls—usually those same sports media types—unprecedented power over the sport.

“Let a poll snub teach coaches who cheat in recruiting, then pay for it when their more honor-bound colleagues bop back in the USA Today/CNN,” Medley wrote. “The AP Poll serves as a great punishment for coaches who flex their egos in news conferences and ostracize media folk who, in most cases, are merely doing their jobs. A poll libels no one.”

This system—so much as it can be called one—made perfect sense for so many of those who controlled the game. It preserved the power of the bowl system and those who profit through it. It gave business owners a chance to force their name into the minds of fans through their mythical national championship honors. It gave the media an endless supply of content to rile up college football’s ever-excitable fanbase. And it gave fans a chance to claim national championships they had in no way won on the field. Who’s going to turn that down?

If it wasn’t for the monetization of first the BCS, with its TV contracts paying out upwards of $180 million, and now the College Football Playoff, which led to a $200 million increase in bowl payouts last season, college football could still be in the chaotic world of the mythical national championship. As absurd as it could be, and as often as it could lead to as many questions as answers, those in the college football world made it work for them.